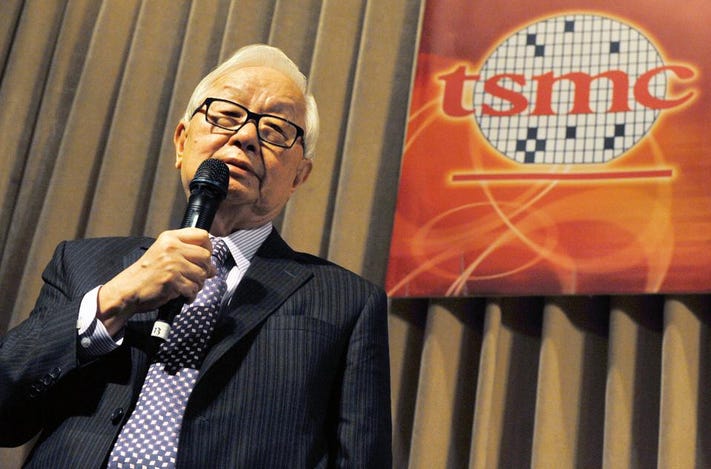 Is the world still too dependent on Taiwan to fight the chip shortage? Source: AFP

Is the world still too dependent on Asia to solve the chip shortage?

Last year, at the peak of the global chip shortage, we discussed if the world’s too dependent on Asia for its chip supplies. After all, the region has been the world’s biggest market for semiconductors, accounting for 60% of global semiconductor sales, within which China alone accounts for over 30%.

But it has been two years and most companies would have prepared contingency plans and new strategies by now.

So, have we broken Asia’s stranglehold on the world’s chip supply yet?

The answer is a definite no–but what is certain is the efforts in place by companies, especially in the West, to be more self-reliable when it comes to chip sourcing.

Given how semiconductors are ubiquitous in electrical devices and the digitalization of goods and services from the e-commerce sector, the complexities of the Covid-19 pandemic on top of the international trade disputes has unfortunately been straining the industry’s supply and value chains.

To top it off, the ongoing battle between the US and China over tech supremacy has been further exacerbating the supply chain issue, contributing to technological fragmentation and significant disruption in international commerce.

That said, demand is skyrocketing, and the industry is facing numerous challenges and opportunities. Even AI and emerging technologies such as quantum computing, Internet of Things (IoT), and 5G all require cutting-edge semiconductor-enabled devices.

For starters, let’s grasp how Asia has been dominating the supply chain.

In dominating the fabrication of the most advanced semiconductors, the current giant Taiwan Semiconductor Manufacturing Company Ltd. (TSMC), has captured a technology that’s crucial to the cutting-edge digital devices and weapons of today and tomorrow.

Today, industry estimates show that TSMC accounts for more than 90% of the global output of these chips.

When companies began shifting to fabless models over the last 15 years or so, Taiwan’s TSMC and South Korea’s Samsung took advantage as they began to invest heavily in leading-edge manufacturing technology.

So if a company such as Apple wants to get the latest chip for their latest iPhone, they’d have to turn to TSMC to do it.

TSMC has a 55% foundry market share and Samsung has 18%, according to data from Trendforce. Taiwan and South Korea collectively have 81% of the global market in foundries, highlighting the dominance and reliance on these two countries as well as on TSMC and Samsung.

What makes it better for Taiwan is also that it has been benefiting from the impact of the US-China trade war, in which a large amount of talent and many enterprises are rapidly flowing back to Taiwan.

How are others fighting the chip shortage to cut Asia’s stranglehold?

Over the last two years, with geopolitical, trade, and technology disputes mounting and the pandemic only harming the supply and value chains further, semiconductor firms around the world have been trying to secure their manufacturing processes by stockpiling supplies or relocating production facilities.

The move that is almost happening all at once has inevitably disrupted the industry at large. The most advanced chips, which are critical in the US-China arms race, are those described as 10 nanometers or below – a sector dominated by Taiwan. These tiny devices pack billions of electronic components here in an area as small as a few square millimeters. 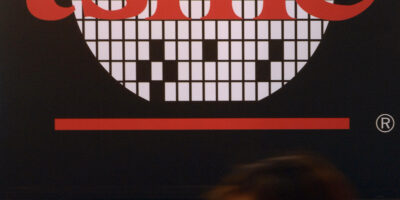 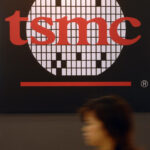 Interestingly, TSMC has begun trial production of what will be its most advanced chip, using the so-called 3-nanometer technology. It has even launched an R&D drive to make 2-nanometer chips.

Between 2021 and 2025, local and foreign companies plan to invest more than NT$3 trillion (US$108 billion) in Taiwan’s chip industry, according to Kung Ming-Hsin, head of the economic planning agency at the National Development Council of Taiwan.

The United States and EU

So when it comes to the US — once an undisputed champion in the semiconductor industry for decades — the country today lags behind in this space and now wants to break its dependence on Taiwan.

Washington has so far persuaded TSMC to open a US foundry that will make advanced semiconductors and is preparing to spend billions rebuilding its domestic chip-making industry.

According to a report by Reuters, “so valuable are these foundries to the global economy that some here refer to Taiwan’s chip sector as a “silicon shield” that deters a Chinese attack and ensures American support.” Having relinquished chip fabrication to Taiwan, America, since 2021, has been trying to reverse that move.

The US AI commission even called for the government to spend US$35 billion in incentives to rebuild a chip manufacturing industry. The US Senate even voted for US$52 billion worth of  direct industry subsidies for new semiconductor fabrication plants, called “fabs.”

A bill known as the CHIPS for America Act is also working its way through the legislative process and aims to provide incentives to enable advanced research and development and secure the supply chain.

Besides that, part of the US policy in the semiconductor space involves forming alliances. In April last year, Nikkei reported that the US and Japan will cooperate on supply chains for critical components like semiconductors.

The two sides will aim for a system where production is not concentrated in specific regions like Taiwan, it added.

Looking towards the European Union, the bloc has committed to nearly doubling its share of global semiconductor manufacturing capacity to 20%.

The rest of Asia

South Korea — home to the world’s two biggest makers of memory chips — also approved up to US$65 billion in support for semiconductors.

This includes Samsung Electronics and SK Hynix with the state’s generous tax incentives and relaxed regulations.

According to trade-monitoring group Global Trade Alert, chip-manufacturing subsidies are the most prominent of a range of interventions that Western governments are rushing out to promote industries they deem strategic.

These range from electric-car batteries to pharmaceuticals — such interventions have increased sharply in both the US and Europe in the past decade.

Japan, on the other hand, promised to match other countries’ semiconductor aid while planning to turn its country into an Asian data center hub.

In June, semiconductors were described by the Japanese Ministry of Economy, Trade, and Industry as the “brain of industry,” — as essential as energy and food, and as meriting an exception.

It called for securing “Japan’s strategic indispensability and autonomy in the midst of a confrontation between US and China over technological sovereignty.”

Even China has been trying to push self-sufficiency amid US moves to cut it off from key supplies over the past few years, and especially since the pandemic.

China has been working on boosting its semiconductor industry through huge investments and incentives like tax breaks. Their moves have also been keeping other countries, especially the US, on their feet, over fears of dominance.

However, experts have reckoned that China remains well behind everywhere else and that goes back to the supply chain.

Currently, SMIC is China’s largest foundry, a competitor to the likes of TSMC and Samsung, but the company’s technology is several years behind that of its Taiwan and South Korean rivals.

Even if the country wanted to advance in the supply chain, it would face an uphill battle due to US sanctions and actions. As it is, Washington placed SMIC on a blacklist known as the Entity List last year. It has restricted American companies from exporting certain technology to SMIC, holding back the chipmaker due to the key role US firms play in the semiconductor supply chain.

According to Bank of America, roughly 80% or more of SMIC equipment comes from US vendors.

All in due time

The semiconductor industry is one that requires hefty capital investments and analysts say it will be difficult for other manufacturers to catch up in such a space.

Even with all the significant investments announced over the last two years in the countries mentioned above, it will take at least another three to five years before those plans can be materialized.

So until then, countries and companies will have to get used to being dependent on their Asian counterparts.