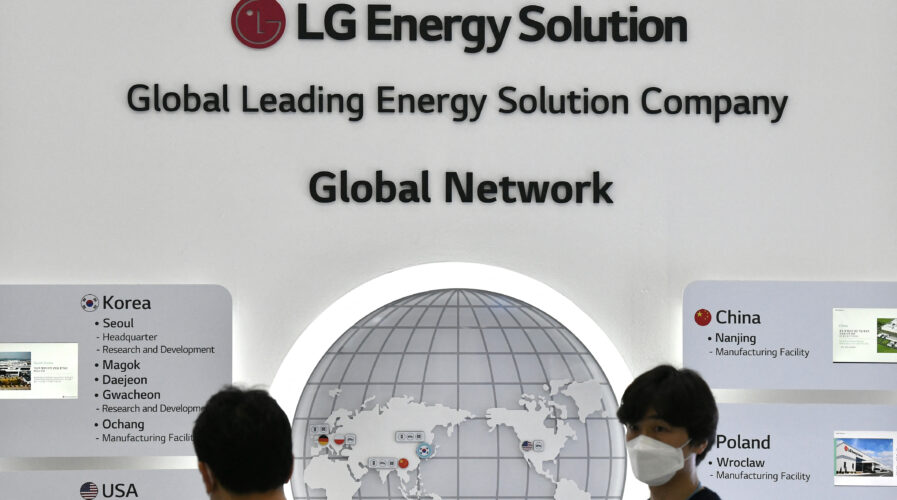 LG Energy debuts as South Korea’s biggest-ever IPO. What does it mean to the EV battery sector? (Photo by Jung Yeon-je / AFP)

LG Energy debuts as South Korea’s biggest-ever IPO. What does it mean to the EV battery sector?

In 1992, LG Group started a secondary battery business known as LG Energy Solutions, the  world’s second-largest electric vehicle (EV) battery maker today. Three decades after inception, the company finally debuted on the stock market this week, in what turns out to be the country’s biggest-ever initial public offering (IPO), raising a staggering 12.8 trillion won (US$10.87 billion).

LG Energy attracted bids worth 15.2 quadrillion won (US$13 trillion), immediately making it the country’s second-most valuable company after Samsung Electronics Co Ltd. For context, the company, wholly owned by LG Chem Ltd, commands more than 20% of the global EV battery market and supplies to auto giants including Tesla Inc., General Motors Co and Volkswagen among others.

According to SNE Research, while LG Energy is second in the list, China’s CATL tops EV battery market with a 31.2% share, while Japan’s Panasonic came in third at 13.3%. Analysts reckon the added financial firepower post IPO should help LG catch up with the Chinese leader. Even China’s BYD Co. and two other South Korean firms, SK Innovation Co. and Samsung SDI Co., are significant players in the field.

At this juncture, analysts reckon that the South Korean company is set to expand strongly for at least a few years, but warn there could be bumps on the road ahead. For context, the company expects to nearly triple EV battery production capacity to 430 GWh over the next five years, which could power over seven million cars.

To top it off, earlier this year, it unveiled plans to invest US$4.5 billion to boost production in the US. Similar expansion plans are also underway in Poland, Indonesia and China, where it supplies to Tesla. It was also reported that with its IPO haul, LG Energy plans to boost production capacity at its facility in the South Korean city of Cheongju as well as launch joint ventures with automakers in North America, Europe and China. 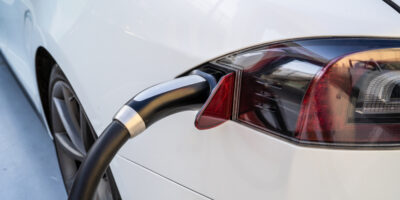 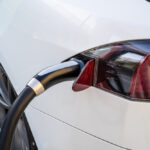 Overall, in South Korea alone, LG Energy, SK Innovation and Samsung SDI have collectively earmarked more than US$15 billion in investments to expand their US manufacturing footprint. The trio accounts for about one-tenth of EV battery capacity in the US. According to a Seoul-based trade group Korea Battery Industry Association, By 2025, the three companies, in partnerships with Us automakers, are expected to see their presence increase to 70% of all American capacity,

LG Energy also most recently announced it will spend US$2.6 billion with General Motors to build an EV battery plant in the state of Michigan, their third in the US. Via their US-based battery joint venture Ultium Cells, both companies will fund the project, following their first and second plants which are under construction in Ohio and Tennessee.

Overall, 11 of the 13 large-scale EV battery plants being built in the US over the next several years involve South Korean companies. SK Innovation is building three battery factories with Ford Motor Co. by 2025, while Stellantis NV is building factories with both LG Energy and Samsung SDI.

Moody’s Investors Service wrote in a report on Monday that “Revenue from [LG Energy’s] battery business will grow strongly and profitability will improve gradually over the next couple of years, underpinned by a large order backlog.” However, it added, “This business also faces significant obstacles in maintaining adequate yields and product quality. If these obstacles increase, it could strain profitability.”

In short, since global automakers are trying to diversify their EV battery suppliers, LG Energy’s position can be challenged. In a separate report earlier this month, UBS Group said that the company’s market position outside China will weaken as EV makers “look to diversify supply through in-housing (Tesla) or by adding new suppliers.”