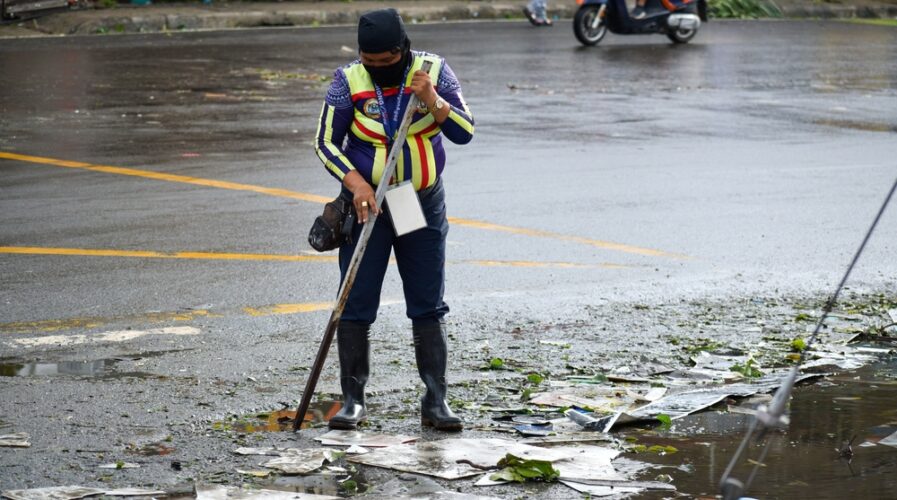 Parts of Southeast Asia were ravaged by multiple natural disasters this December.

Typhoon Odette in the Philippines had caused so much destruction and displacement that cities are still trying to clear the debris and cope with the hundreds of lives lost.

The 2021 flash floods of Malaysia have also displaced over 60,000 people and homes and disrupted supply chains and trade routes.

As I reflect on these events at the end of 2021, it pains me to know that life and financial losses could have been mitigated, or perhaps, even avoided, in these two natural disasters.

Rapid urbanization in a post-industrial world has accelerated demand for a litany of products, services, and amenities. All of which, over the decades, has increased in scope, depth, and resource use.

The buzzword half a decade ago was “smart cities”, and a couple of decades prior, “globalization”.

Globalization was touted to be the bearer of prosperity for Asia, and it was, and still is. Almost two decades later, greater Asia has significantly caught up to the West — particularly North America and Europe.

Tech superpowers in Asia are locking heads with the US on future technologies such as quantum computing and 6G, even.

Worryingly, this is amid a backdrop of a pandemic-ravaged, economically wrecked world that’s still struggling to recover from the devastation of COVID-19 lockdowns that have affected trade and supply chains globally, on top of the mental stresses of attempting to protect ourselves from being infected.

As if that’s not enough, the entire globe has been grappling with the increasingly vicious effects of climate change such as flash floods, droughts, typhoons, tsunamis, and the like.

Over in the developed, metropolitan capital city of Malaysia, Kuala Lumpur, Hybrid’s relatively privileged office contends with fear and concern over dark clouds and heavy rain that loom on the other side of our windowpanes, never knowing if we’d have to leave immediately or face the prospect of being stuck with flooding.

We are at the mercy of the whims of mercurial weathers that require care to navigate and understand — not unlike the kind you’d need being around emotionally fickle persons who make you feel like you’re treading on eggshells.

These are dire times we live in.

We may not be having many physical wars amongst nations, but the trickle-down effects of foreign policies, quests for world domination, and digital espionage, coupled with climate change and COVID-19 will and do severely affect the lives of the people down the chain.

People such as you and I, and businesses, and economies.

Climate change is the most pressing issue that the world needs to contend with, because not only is it affecting us now, but it will affect us 10, 20, 30 years down the road.

Lives will be lost, children will be growing up in a fractured globe with limited natural resources — survivability will be in hard mode for the future generation.

Again, the buzzword then was ‘smart cities’. But it is not enough that cities chase ‘smartness’.

For cities of the future to be liveable, they should also be designed according to principles of sustainability.

This is especially true for regions or areas that are particularly susceptible to natural disasters and where there are marginalized or at-risk communities such as those with limited access to basic needs such as water, sanitation, or food.

Their displacement will have a far greater negative impact on their lives, as opposed to those with access to better facilities.

For example, the December 2021 flash floods in Malaysia weren’t unavoidable. There were clear recommendations made to authorities in terms of city and infrastructure amendments and designs that would facilitate drainage.

Members of Parliament for certain constituencies had brought up critical infrastructural faults that required immediate rectification in anticipation of increased rainfall at the end of the year.

Unfortunately,  these were not addressed in a thorough, timely, and effective manner. As a result, over 60,000 people were displaced, lives were lost, and properties and possessions were ruined beyond repair.

It is a week after the devastating floods and victims are literally still slowly picking up bits and pieces of their lives. In other states, the flooding has continued, and the prognosis is similarly not great for them either.

It is showing that it is exceedingly important that if cities want to be “smart”, sustainability should be embedded in the core of their design.

The UNECE (United Nations Economic Commission for Europe) defines a smart sustainable city as “an innovative city that uses ICTs and other means to improve quality of life, the efficiency of urban operation and services, and competitiveness while ensuring that it meets the needs of present and future generations with respect to economic, social, environmental as well as cultural aspects.”

Whilst that was not exactly the epitome of clarity nor accuracy, it does give us some insight into the philosophy behind what smart, sustainable cities ought to be like.

To that effect, the UNECE (and the UN) do have a set of standards and key performance indicators (KPIs) for smart sustainable cities, which were developed by both UNECE and ITU.

Briefly, the KPIs gauging standards of smart sustainable cities are grouped across three dimensions: Economy; Environment, and Society, and Culture.

Smart cities ultimately aim to improve the lives of their inhabitants and push the nation’s economy to greater heights of development and liveability.

It is clear that global policymakers understand and acknowledge the complex intertwining of People and the Environment.

We cannot expect that electric vehicles, renewable energy, smart streetlights, drones, or IoT toilets will alone solve the complexities of climate change and improve the liveability of cities.

Sure, they have their uses, but their roles are arguably smaller in the grander scheme of things.

And more importantly, the presence of capitalization in these sectors has to be tempered with education, policy reforms, and control of corporations.

The time has come to do away with self-aggrandizing, ego-stroking “technological achievements” in smart city development when these do not have sustainability embedded in their design.

We need effective, progressive, and decisive policies and policy changes. We need better implementation, monitoring, and enforcement from the authorities.

We need city planners, architects and engineers of the future to design and build with sustainability in mind.

We need to foster collaboration between the public and private sectors to ensure that cities abide by sustainability standards and that the interests of the people and environment trump the greed of corporations.

We need governments across the world to ratify and work on their pledges in the Paris Agreement to bring global temperatures back down to pre-industrial levels.

We need to stop thinking that it will be business as usual today, tomorrow and later.

We can no longer work in silos — this affects us all.

Will you be part of a force of change?

Or will business go on as usual?