Foxconn to add 100 Japanese companies in its MIH Consortium for EVs. Source: Foxconn

100 Japanese companies the latest to join the Foxconn EVs ecosystem

Among the companies includes suppliers close to Toyota Motor, “suggesting that the project will have a significant impact on the broader auto industry,” Nikkei reckon. Then there are also Nidec, NSK, and other auto parts manufacturers, as will major materials and electronics suppliers including Asahi Kasei, Showa Denko, and Toshiba.

Then there are also companies with close ties to major automakers such as Toyota’s suppliers Denso, JTEKT and Toyota Tsusho along with FCC, which is close to production rival Honda Motor. “Denso will explore the supply of motors and other equipment. Toyota Tsusho is also working to develop lithium resources for car batteries and is believed to be considering the trading of raw materials and parts,” the report noted. 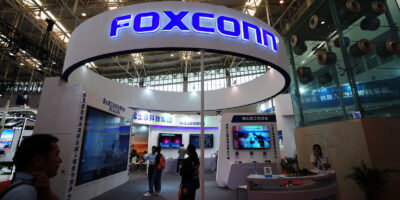 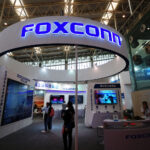 FOXCONN TO BUILD ITS FIRST EV BATTERY PLANTS IN TAIWAN

For context, the consortium is made up of a core group of companies that will jointly develop EV bodies and communication infrastructure — as well as other participating companies that will sell components and systems for EVs produced under contract by Foxconn. The Taiwanese hardware giant plans to offer basic software and chassis designs for carmakers, who can then customize products for their target markets.

So when a company outsources to Foxconn, it allows the company to sell its own brand of EVs without having to build or operate its own factory. The approach is almost similar to digital consumer electronics, where companies concentrate on software development and leave production to others. Experts reckon such a method will be widely adopted in the future.

At this point, even Microsoft and the Samsung Group are involved in Foxconn’s EV project — involvement of such big names not just from the auto industry, but from the tech space could be a game-changer for the global EV industry. From the outset, the MIH platform has defined itself as an open platform providing essential hardware and software components for developers to build EV systems, laying the basis for an EV ecosystem.

The MIH itself has come up with its own software and hardware products too. Last year it showcased a prototype lightweight chassis with a unibody design. To top it off, Foxconn’s chairman Young Liu has declared that the MIH’s goal is to shorten the production cycle of EVs from four years to two years, while reducing EV production costs by half or one-third.

For Foxconn, since the MIH project was announced, the company has aggressively entered various partnerships to support its R&D and to find ideal entry points into foreign markets. To recap, over the past year, the Taiwanese company has forged one partnership announcement per month, in turn “creating a Hon Hai electric vehicle supply chain and distribution network,” Foxconn Chairman Young Liu said in a company statement. He says Foxconn, formerly Hon Hai Precision, now has an “electric vehicle supply chain and distribution network.”