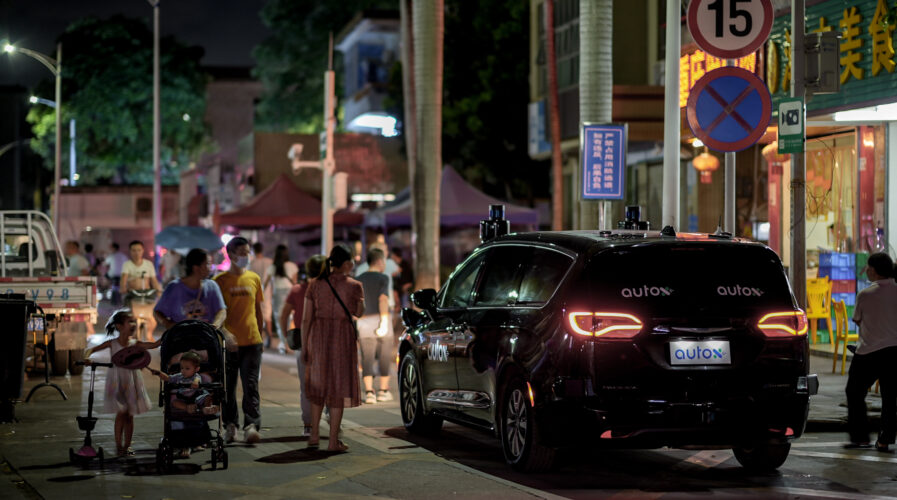 AutoX: Behind the company that gave birth to China’s first Level 4 Robotaxis

Chaotic and dense–that are just a few ways to characterize China’s complex traffic situation. In fact, the country bears no shortage of obstacles for self-driving cars. However, for one Chinese autonomous vehicle startup AutoX, while testing its car in the central business district of Shenzhen can be quite challenging, it wouldn’t have it any other way.

What is worth highlighting is that AutoX is the only company in China that has tested self-driving vehicles in busy metropolitan areas. When in conversation with AutoX’s founder and chief executive Xiao Jianxiong, he told Tech Wire Asia (TWA) that he attributed AutoX’s success to its strong technology and a good relationship with the government.

“I will say that, first of all, there’s no free lunch, we do a lot of work. Our company has gradually grown in terms of size and we have a larger engineering team compared to any other player in China.,” he told TWA. To put it simply, AutoX dubs itself as “the largest player in this area”.

Another factor for Xiao is that his team has some unique strengths in terms of technologies, considering how it’s fully driverless RoboTaxi–China’s first–handles some of the most challenging edge cases in the world. To put it into context, in China, autonomous vehicles won’t just have to learn to deal with vehicles and pedestrians.

They would need to be able to understand regional differences in signage and traffic signaling, which aren’t standardized in China like they are in say the US or Europe. As of now, AutoX’s fleet is mainly concentrated in China’s four first-tier cities including Beijing, Shanghai, and Guangzhou and Shenzhou, in South China’s Guangdong Province. 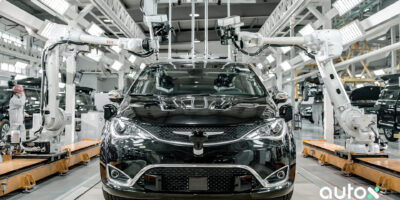 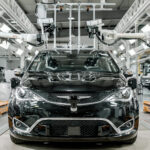 Xiao shared with TWA how AutoX took upon the challenge to give birth to China’s first level 4 self-driving vehicle.

How has it been completing an entire full year of testing? Especially being the only company that’s doing level four autonomous driving in China.

We are very glad that in the past year, we have been expanding our services. One thing that people may not understand very well is that the cities of China in general are significantly larger than the cities in other countries, even in the US. For Robotaxis to be useful, we really need to ensure we cover a major part of the cities instead of just a tiny portion.

So the commercial value for Robotaxi is to ensure we actually cover a significantly larger area to be really useful. In that sense, we are very glad that overtime, we have been growing, covering more areas with. When it comes to our vehicles without safety drivers, we can cover up to 168 square kilometers of Shenzhen, the tech hub of China. For those with a safety driver, we can actually go up to more than 1000 square kilometers — the first time in China a company is covering such a huge portion.

So I would say that it has been a wonderful year of making a lot of progress, and we’re very happy with that.

Can you tell us more about your fleet, with and without drivers?

The number of cars that go driverless does not really matter. To us, it is the area where you can drive without a driver is what matters–perhaps a bigger address that we can test on. That is why I emphasized the 168 square kilometers of Shenzhen, where AutoX became the first RoboTaxi service to cover an entire district in the Chinese megalopolis.

Of course, if you put any car inside that city, it can definitely go driverless, as long as the car is not broken. But to go driverless outside the area, we still don’t have enough data. We need to go on collecting more data to prove its safety in order to receive government approvals. The government in China, when presented with data, needs to be convinced in order for us to  be allowed to go driverless.

So that is something we are still working on and we hope that we can make more progress in the near future.

When you say progress in the near future, are you aiming for some time soon?

When it comes to regulatory approvals, it is uncertain. We do have a department working with the government closely but it is really hard to say at what point they can really sign off. What makes it more complicated is how different regions, cities and districts even have different regulations.

For that, we have different people in charge of the government for different reasons. So that has been taking up so much of our time. It is difficult to predict–it can be in a few years or in fact in two months’ time.

So since regulations on autonomous vehicles actually differ across provinces, how has it been for AutoX?

I would say that there is no one way to do it–no one size fits all. We have and will spend a lot of time working with the government because of the data they need. We have to go through many different tests and exams, which includes them inspecting our cars. All this process differs across cities, because in China, there is no national law for self-driving cars.

That’s why the complication. Thankfully we’re the largest Robotaxi company in China, which means we have way more manpower, more data, more cars and that has collectively made it easier for us to engage with the government at same time in different cities across China.