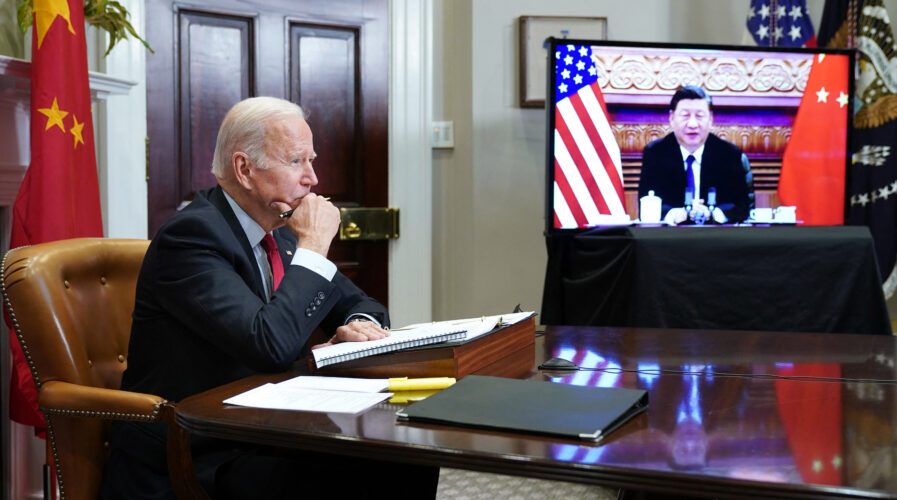 Chip war: Is China still lagging the US in the semiconductor race? (Photo by MANDEL NGAN / AFP)

Chip war: Is China still lagging in the semiconductor race?

The world’s largest consumer of chip is China — but for the country, that isn’t enough. Chinese companies, along with others, have long-relied on a globalized value chain, and supplies from other companies. Such reliance has become a “choke point” for the country’s technological ambitions, especially amidst a global chip shortage.

It is not that China is far down in the semiconductor race in general but they are miles behind the US when it comes to making advanced microprocessors. For the longest time, the country’s major role in the semiconductor world has been that of assembler and packager. Even China’s policymakers have long been talking about developing the domestic semiconductor industry.

In fact, several Chinese companies have become established players in some segments of the semiconductor value chain, such as SMIC and state-owned chipmaker Zhaoxin. But China desires for technological “self-reliance” and while the country is the world’s biggest consumer of chips, domestic companies only meet around 30% of local demand.

What has the government of China done to boost chip autonomy?

Making matters worse over the years, even so during the pandemic, is the ramping geopolitical tensions between Washington and Beijing. The US even started to leverage its dominance in semiconductor production to curb China’s technological advancement.

In 2019, the US Commerce Department banned telecoms giant Huawei from buying parts and components from US companies without government approval. The Trump administration claimed Huawei endangered national security.

Then in May 2020, the department added more restrictions, by issuing rules that stipulated foreign manufacturers using American-made machinery or software must obtain a special license to design or produce semiconductors for Huawei. 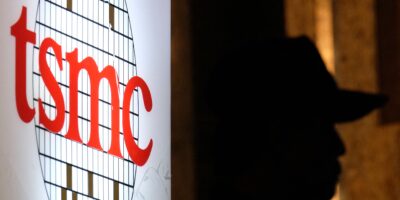 HERE’S HOW TAIWAN IS PROTECTING ITS CHIP ECONOMY FROM CHINA

By December 2020, the Trump administration had already blacklisted SMIC, China’s largest semiconductor foundry. The company says this will affect its R&D efforts and capacity to produce cutting-edge chips of ten nanometres (nm) and below.

Perhaps, that is why, back in 2018, President Xi Jinping noted that “[China’s] dependence on core technology is the biggest hidden trouble for us”. Indeed, the country’s semiconductor industry has been earmarked as a key strategic battleground, in which China is dependent on the US. Xi’s message, at its core, highlights that there are hidden risks that come with core technologies not being mastered domestically.

He emphasized that China “must accelerate the development of our own domestic plans, set up safe and controllable information technology systems, push forward and make breakthroughs in the research and development of high-performance computing, mobile communication, quantum communication, and core chips and operation systems.”

And China has been doing exactly that — more so since the pandemic emerged. The country had announced plans to invest US$1.4 trillion between 2020 and 2025 on advanced technologies including but not limited to semiconductors. That is on top of the country’s 14th Five Year Plan, announced in March last year, which listed semiconductor and artificial intelligence as two pillars underpinning future technology development in the next five years.

After all, the goal is to become self-sufficient for semiconductors and an exporter of this high-tech, profitable component. The government did not stop — they even announced policies that reflected a “chip autonomy” stance to decrease reliance on American technology slowly but surely.

In 2019, the country formally created a state-backed fund worth 204 billion yuan (US$28.9 billion) to fuel Beijing’s efforts to forge its own semiconductor supply chain from chip design to manufacturing.

All the chip allocation, yet in a recent interview with CNBC, International Data Corporation’s (IDC) group vice president for enabling technologies and semiconductors Mario Morales said he “still believe that [China is] probably three or four generations behind what is considered the leading edge,” he said.

Morales were referring to 16-nanometer or 14-nanometer and below as the leading technologies. “The majority of that comes, primarily, from Taiwan and Korea, and to a certain degree in the US, with Intel,” he added. In short, China has failed to keep pace.The effort is there nevertheless as the chip shortage has prompted many tech companies to rely more on themselves.

Take cloud service giant Alibaba Cloud for instance. The company released processors developed in-house late last year that will be used to power servers in data centers. The cloud unit of Tencent Holdings in early November said it started trial production of its own AI chip. Then in December, ByteDance, owner of short-video app TikTok, also announced progress in its own AI chip development as the company steps into the cloud market.

Even smartphone leaders including Xiaomi Corp, Vivo and Oppo are gearing up in-house semiconductor research in hopes of challenging behemoths such as Apple, Huawei Technologies and Samsung Electronics. Interestingly, the chip making race has also been heating up among automakers as the industry embraces autonomous driving technology.

Following the direction of Tesla Inc. who developed its own chips in 2019 to power its smart driving system, Chinese upstarts Xpeng Inc. and Nio Inc. did the same. Even Geely-backed chipmaker SiEngine Technology Co. Ltd. in December last year unveiled its first processor to be used to power smart cockpits, taking on similar products from chipmaking giant Qualcomm Inc.

Unfortunately, although these companies are designing their own chips, they would still have to rely on foreign tools to actually make an in-house chip. That is because when it comes manufacturing and the broader supply chain, China’s internet giants are still heavily dependent on foreign companies.