This week, top Japanese automakers including Toyota Motor, Honda Motor and Mazda Motor, were forced to halt production in Russia as Western sanctions scrambled logistics and cut supply chains. Echoing the moves by its local rivals, Toyota said its vehicle exports to Russia had stopped indefinitely.

Many Western companies including US automaker General Motor, Swedish automaker Volvo Cars and German-based Volkswagen have spurned Russia following its attack against Ukraine, with some even considering exiting their investments there. Japanese firms, on the other hand, have taken a more equivocal stance.

“Toyota is watching the ongoing developments in Ukraine with great concern for the safety of people of Ukraine and hopes for a safe return to peace as soon as possible,” it said in a statement. For context, Toyota is Russia’s top Japanese brand, producing about 80,000 vehicles at its St. Petersburg plant which employs 2,000 staff. 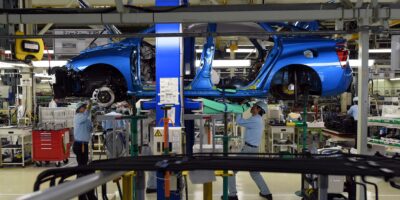 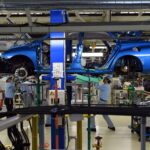 Sharing on the company’s European business status, Toyota said in Ukraine, its sales and after sales operations, which is made up of 37 retail locations, has stopped all activities as of February 24. As of Toyota in Russia, it will stop production at its St Petersburg plant from 4 March and “has stopped imports of vehicles, until further notice, due to supply chain disruptions.”

As for Toyota’s Japanese rivals, Honda Motor will stop exporting cars, motorcycles and other products to Russia, while Mazda Motor is suspending shipments of auto parts to its plant in the country, according to Nikkei. When it comes to Japan and Russia’s trade affair, exports to Russia stood at 862.4 billion yen (US$7.48 billion) in 2021, according to trade statistics.

Interestingly, automobiles alone accounted for over 40% of that, or 357.5 billion yen. Separately, Japan’s Mitsubishi Motors also said that production at its joint venture plant with European automaker Stellantis in the southwestern Russian province of Kaluga may come to a halt.

“The company has been exporting key components from Japan and Thailand to produce vehicles, but transportation to the plant has become difficult, raising the possibility that it will be forced to stop production within the month. A so-called risk response council has been set up for the company’s president and others to gather information and discuss countermeasures,” Nikkei’s report indicated.

Apparently, even Nissan Motor, another Japanese automaker, has already started reducing production by adjusting the operation of its plant in Russia due to difficulties getting some parts. Reports however claim that the company plans to continue production and sales at its local plant for now. Other global car makers including Mercedes-Benz, Ford and BMW have also stopped making and exporting cars to Russia.