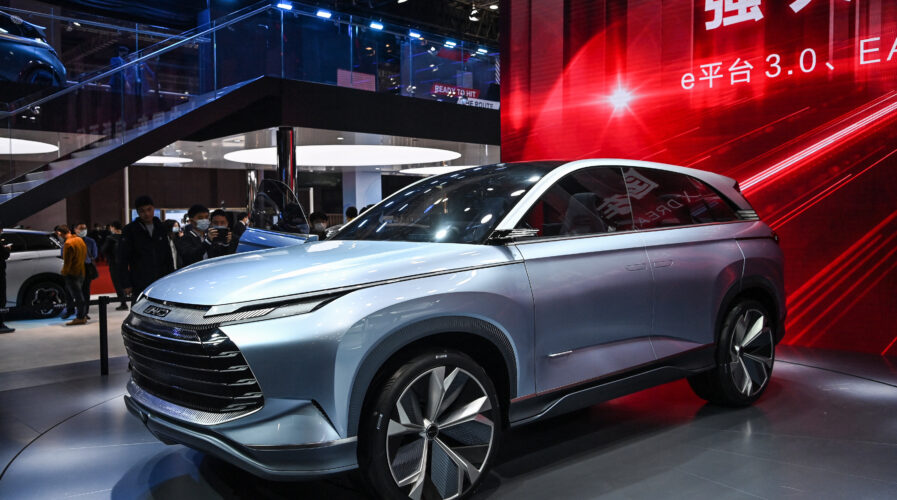 With over 600 electric vehicle (EV) startups in China, the country is regarded as the EV capital of the world. In 2021, over 3.3 million EVs were sold in China, which was a whopping 154% increase compared to the previous year. Dominating the sales were Shenzen-based BYD and Tesla.

As the demand for EVs increased, BYD recently announced that it has stopped making combustion engine vehicles and will now only produce full electric and heavily electrified plug-in hybrid cars. Apart from BYD, other carmakers such as Volvo, Ford, General Motors, and Mercedes Benz also have plans to phase out combustion engines in the future. 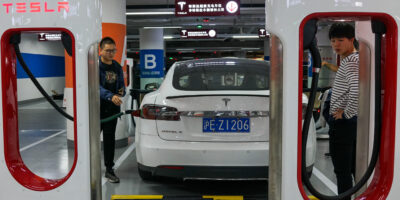 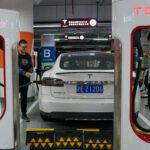 While the development of green engine technologies continues, EV startups are hoping to set the pace in the industry. However, with larger carmakers also making the move to EV, many EV startups are concerned about the challenges they will face in the future.

According to Lasia Li, an analyst at Third Bridge, China’s current tier-1 EV players in 2022 are Nio, XPeng, Li Auto, Leapmotor, and Nezha with new players such as pure internet companies with very positive capital flows and ample technology reserves entering the industry as tier 2 players.

Li pointed out that in the EV startup industry in China, most startups are moving towards tier-2 EVs at the right time. However, the biggest problem most EV startups are facing today is a lack of brand popularity.

“Our experts estimated the EV penetration rate in 2022 to be 20% in cities with neither traffic nor purchase restrictions, mostly tier 3 cities and below, and 40% in tier 1-2 cities with such restrictions. The penetration rate increases largely thanks to policy guidance, assisted driving and lidar technology innovation, rising gasoline costs, and improving market acceptance,” said Li.

Despite this, Li felt that China’s EV sales in 2022 may be affected by negative factors such as subsidy declines, chip shortage, and rising battery prices but traffic and purchase restrictions and rising gasoline prices will push up demand.

“Half of the Chinese customers accept post-delivery lidar installation while the other half do not. Our experts said that chip shortage will affect the supply and delivery of all models but the proportion of customers who switch or cancel orders is not high,” explained Li. 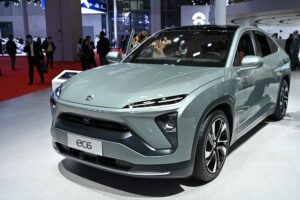 Looking at the pricing of EV models, Li highlighted that the price levels have been very different for the models. For example, Nezha and XPeng launch pricier products mainly to enhance brand positioning and gross margins. Nio launches the more affordable model ET5 primarily to boost sales. Nezha entered the market with low-price models but now intends to lift its product image and prices to increase its gross margins.

Li added that social media shows no signal that Nezha has taken action or made strategic plans to improve its brand positioning while XPeng has enriched its product matrix with the high-end SUV G9 and has been trying to heighten its brand positioning. Nio expands its product coverage with the new saloon ET5 because it lacks competitive EVs within this price range while ET5 priced at some RMB 300,000 is competitive.

“Nezha and Leapmotor perform well in the low-end market perhaps partly because their prices are low and thus avoid competition with Nio, XPeng, and Li Auto. They have launched models priced at below RMB 100,000, less costly than fuel-powered vehicles. They perform well in tier 3-4 markets as gasoline prices are high. Our experts said that China’s EV manufacturers may face huge resistance if they want to launch pricier models because their low-price brand image somewhat restricts their development,” commented Li.

While the pricing may be a deciding factor, the reality is that the EV market is only getting more competitive as more carmakers look to get a piece of the pie. For startups, to remain ahead of the game, they need to not only compete with the bigger and established brands but also have an extra factor that makes their brand stand out.