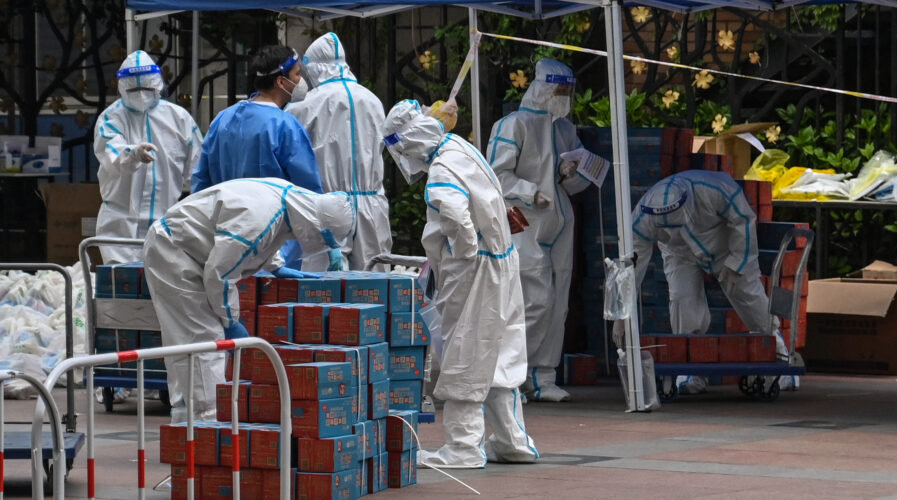 Since March, China has been battling its biggest Covid-19 wave yet, with Shanghai being the largest hotspot. All 25 million residents were under lockdown, with daily cases reported reaching as high as 26,000. The situation in Shanghai inevitably prompted other Chinese cities to take a zero-risk approach to Covid, threatening to further squeeze the already very stretched global supply chains.

As it is, the global economy is already struggling with war in Ukraine and the worsening stagflation risks — the greater disruption as China scrambles to contain its worst outbreak of Covid-19 since the pandemic began is only making the near future look bleak. Overall, some of the toughest measures have been applied in the key manufacturing hubs of Shenzhen, Dongguan and Changchun, as well as the Chinese financial center of Shanghai, which is home to the world’s busiest container port.

Bloomberg Economics warned that the restrictions in the country, especially Shenzhen could inflict the heaviest coronavirus-related blow to growth since a nationwide lockdown in 2020, with the additional threat of sending supply shocks rippling around the world. For context, Shanghai has the world’s busiest container port, with the value of imports and exports accounting for more than 10% of the country’s total trade last year. 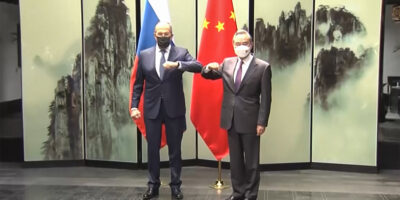 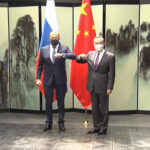 RUSSIA TURNS TO CHINA AS IT FACES A SHORTAGE OF MICROCHIPS

With the lockdown measures imposed, shipping and trucking companies are suffering from long delays with the volume of goods moving through the port of Shanghai has fallen around 40% compared with pre-lockdown levels, according to the European Union Chamber of Commerce in China.

How are companies in China dealing with another blow to the global supply chains? 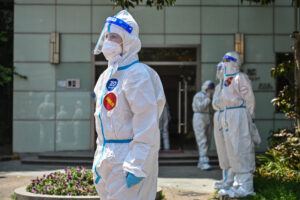 No doubt, companies by now would have been prepared enough to have sufficient inventory to fulfill immediate needs. Yet, disruptions are inevitable and making matters worse is the fact that the world is still not done with the Ukraine crisis and lingering chip shortage.

Nio inc, Chinese-based electric-car company, announced over the weekend that it is suspending production due to the local restrictions that have disrupted its supply chain. “Since March, due to reasons to do with the epidemic, the company’s supplier partners in several places including Jilin, Shanghai and Jiangsu suspended production one after the other and have yet to recover,” Reuters reported.

Even American EV giant Tesla said it has suspended production at its Shanghai plant since March 28, after the city started a two-staged lockdown which was later expanded citywide. Then there is Volkswagen’s joint venture plant with FAW Group in Changchun, the provincial capital of Jilin, that has been shut since mid-March, while its plant in Shanghai with SAIC Motor has been closed since April 1.

In a recent interview with German daily Boersen-Zeitung recently, Volkswagen Chief Financial Officer (CFO) Arno Antlitz said semiconductor chip supply will only be able to meet demand from 2024 onwards. He reckoned that bottlenecks would likely begin to ease towards the end of this year, with production returning to 2019 levels next year.

Even with that anticipated gradual recovery, Antlitz said it would not be enough to meet heightened demand for the chips. “The structural undersupply will likely only resolve itself in 2024,” he said.The grave prediction also means a foreseeable issue with Volkswagen producing vehicles that require chips.

Even a key supplier for Apple Inc, Hon Hai Precision Industry Co, said it was halting production at its sites in Shenzhen, joining several other global auto-makers, including Toyota Motor Corp. and Volkswagen AG, the world’s two largest automakers. Given how China is a manufacturing powerhouse for many industries, it is particularly central to automotive supply chains.

The nation churns out around 25 million cars a year — about one-third of total global production — as well as countless parts. That said, should China’s Covid-Zero policy remain in place, global vehicle production could lose 2% of growth in 2022, equivalent to about 1.5 million units, Fitch Solutions senior autos analyst Joshua Cobb told Bloomberg.