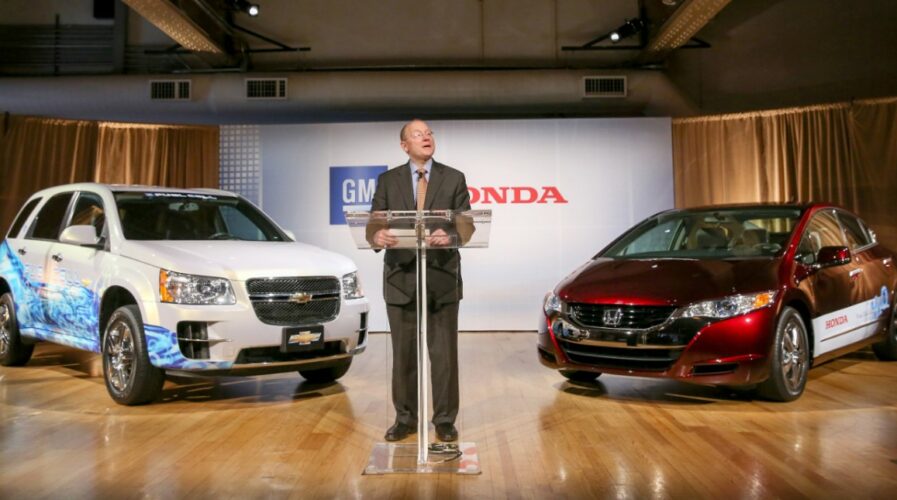 Since 2018, Japanese automaker Honda has been an investor in General Motors’ autonomous vehicle subsidiary Cruise. Then in 2020, both the auto giants announced that they were joining forces to co-develop two electric vehicles (EVs). Now, to further deepen their preexisting relationship, GM and Honda plan on developing affordable EVs — with an ambition to take on Tesla’s global sales.

On Tuesday, the auto giants announced their plans “to expand the two companies’ relationship to a new chapter by developing a series of affordable EVs based on a new global architecture using next-generation Ultium battery technology.”

Honda and GM are also eyeing a global production of millions of EVs starting in 2027 and that’ll include their compact crossover vehicles. The compact crossover segment is the largest in the world, with annual volumes of more than 13 million vehicles, according to GM. Additionally, the development will include both the companies’ technology, design and sourcing strategies.

GM and Honda will both work toward standardizing equipment and processes to achieve world-class quality, higher throughput and greater affordability. “GM and Honda will share our best technology, design and manufacturing strategies to deliver affordable and desirable EVs on a global scale, including our key markets in North America, South America and China,” said GM chair and CEO Mary Barra. 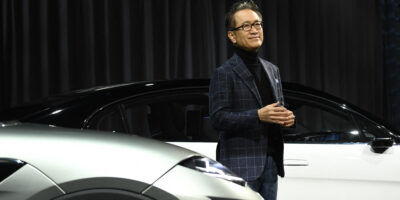 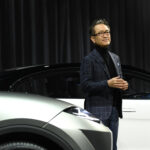 Mary reckons that the collaboration is a key step to deliver on their commitment to achieve carbon neutrality in GM’s global products and operations by 2040 and eliminate tailpipe emissions from light duty vehicles in the US by 2035. “By working together, we’ll put people all over the world into EVs faster than either company could achieve on its own,” she added.

Honda president & CEO Toshihiro Mibe also echoed GM’s stance, reiterating that the automaker is committed to reaching their goal of carbon neutrality on a global basis by 2050. To achieve the goal, Toshihiro said they are required to drive down the cost of EVs to make EV ownership possible for the greatest number of customers. “Honda and GM will build on our successful technology collaboration to help achieve a dramatic expansion in the sales of EVs.”

The announcement expands on plans for GM to begin building two electric SUVs for Honda starting in 2024 – the Honda Prologue and an Acura model. The EVs, announced in 2018, are being built atop GM’s flexible Ultium powertrain. While the Japanese company is designing the exteriors and interiors of the new EVs, the platform will be engineered to support Honda’s specifications.

Those electric SUVs will be manufactured at GM’s North American plants, with sales expected to begin in the 2024 model year.

GM, Honda and their battery collaboration

On top of their plans on developing affordable EVs, GM and Honda also have plans to discuss future EV battery technology collaboration opportunities, to further drive down the cost of electrification, improve performance and drive sustainability for future vehicles.

Currently, GM is already working to accelerate new technologies like lithium-metal, silicon and solid-state batteries, along with production methods that can quickly be used to improve and update battery cell manufacturing processes. On the other hand, Honda is making progress on its all-solid-state battery technology which the company sees as the core element of future EVs.

Honda has even established a demonstration line in Japan for all-solid-state batteries and is making further progress toward mass-production.

“The progress we have made with GM since we announced the EV battery development collaboration in 2018, followed by co-development of EVs including the Honda Prologue, has demonstrated the win-win relationship that can create new value for our customers,” Honda senior managing executive officer Shinji Aoyama said in the statement.

“This new series of affordable EVs will build on this relationship by leveraging our strength in the development and production of high quality, compact class vehicles,” he added. Overall, GM’s collaboration with Honda and the continuing development of Ultium are the foundation of this project, according to GM, utilizing their global scale to enable a lower cost foundation for this new series of EVs for millions of customers.

GM executive vice president for global product development, purchasing and supply chain Doug Parks shared that their “plans include a new all-electric product for North America positioned at a price point lower than the upcoming Chevrolet Equinox EV, building on the two  million units of EV capacity the company plans to install by the end of 2025.”

GM and Honda’s close working relationship can be traced back since 2013 when both companies began working together on the co-development of a next-generation fuel cell system and hydrogen storage technologies. In 2018, Honda even joined GM’s EV battery module development efforts. Then came their plans to co-develop EVs and AVs.