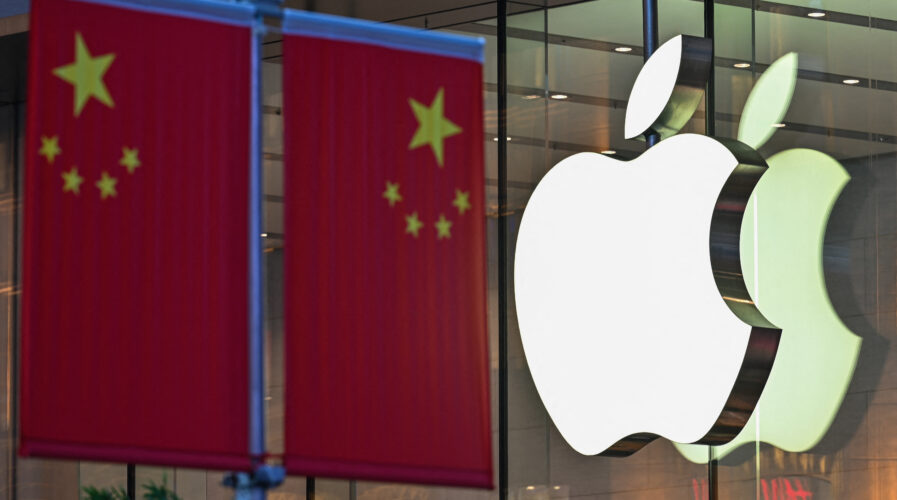 Apple: Plans to use chips from China on hold (Photo by Hector RETAMAL / AFP)

Half of Apple suppliers in China are at risk of a ‘complete halt’.

While most countries across the world spent most of this year opening up, various parts of China have been under partial or full lockdown as a result of a resurgence in Covid-19 cases. Considering how half of the 200 Apple suppliers in China have facilities in and around the impacted areas, experts foresee that the disruptions will only further threaten the tech giant’s global supply chains.

For starters, highways and ports in China are jammed while countless factories are left idle, in what is considered the worst outbreak  in the country since 2020. No doubt, global attention has fallen on Shanghai, where 27 million people have been cooped up in their homes for weeks in the country’s largest lockdown.

However, there are also over 20 other Chinese cities, large and small, under lockdowns or heavy restrictions on movement, according to Caixin, a Chinese magazine. To be precise, China’s massive tech manufacturing hubs in Shanghai and Kunshan have also been hit hard and that, according to market watchers, could wreak havoc on an already hobbled supply chain.

Based on Nikkei’s analysis of Apple’s latest available Supplier List, it is found that more than 70 companies own manufacturing plants in Jiangsu Province are directly supplying the US tech giant. “The majority of these are in Kunshan and Suzhou, the two cities near Shanghai. A further 30 or so Apple suppliers have facilities in Shanghai itself, the latest epicenter of the COVID-19 surge in China,” Nikkei’s report indicated. 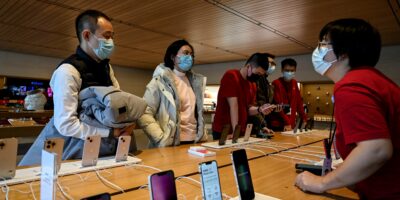 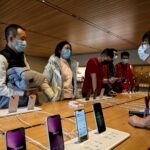 Usually released annually, the Supplier List covers 98% of Apple’s spending on materials, manufacturing, and assembly of its products. Basically, the 2021 edition highlights how Shanghai — most commonly known as the financial hub of China — is also becoming critical to the global tech and automotive supply chains.

Those suppliers are said to run the gamut from major iPhone assembler Pegatron and iPad maker Compal Electronics, to makers of components such as displays, printed circuit boards, thermal parts, batteries and acoustic components. Making matters worse, most of those suppliers not only serve Apple but also global and domestic tech giants including Google, Microsoft, Intel, Huawei, Xiaomi and Oppo.

Being aware that the consequences to a prolonged lockdown could put China’s economic growth at risk, impacting sectors from automobile to tech industries, Vice Premier Liu He announced that the country will work to stabilize industrial development and supply chains. He even instructed local governments not to block transportation for key logistics.

That has eventually led governments in Shanghai and Suzhou to place hundreds of key electronics, automotive and medical suppliers in a so-called White List so they will be able to gradually resume some manufacturing and logistics activities. Yet, despite having to somewhat gone through or anticipated this, experts suggest that even most prepared businesses will be impacted as flexibility within the supply chain is minimal.

The supply chain disruptions once again placed the spotlight on Apple’s dependence on China– a long recurring concern. From the time since the trade wars between Washington and Beijing took place, to when Apple’s suppliers in China were affiliated to the forced labor program and the most impactful yet–Covid-19-related supply constraints.

Now, with constant lockdowns in China due to the planet, Apple is said to be in an ”action plan” to diversify its supply chain management risks out of the country– at least according to a new report by analyst Ming-Chi Kuo. No doubt, till date Apple has been the company that best handled supply chain constraints during the pandemic.

Therefore Kuo, in a social media post, said that since Apple’s new product introduction (NPI) sites are almost in China, Apple started evaluating building NPI sites in non-China seriously when the Covid-19 outbreak first occurred about two years ago, but internally it only proceeded to the proposal stage.

“However, after the recent lockdown in China, to diversify supply chain management risks, building NPI sites in non-China is no longer a proposal but an action plan. That said, besides China, Apple is actually in the middle of diversifying its supply chain to other countries such as India and Taiwan.