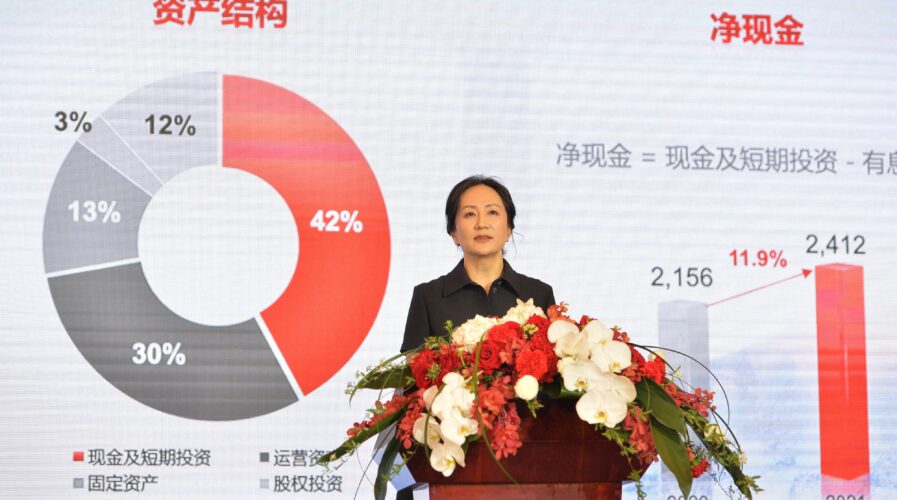 Huawei chief financial officer Meng Wanzhou delivers a speech during the Huawei 2021 Annual Report Press Conference in Shenzhen in China’s southern Guangdong province on March 28, 2022.Huawei tackles US Sanctions with one of the world’s highest R&D expenditure. (Photo by AFP) / China OUT

Huawei Technologies Co rotating chairman Eric Xu Zhijun, amid threats of fresh US sanctions in 2021, shared that the company is bleeding at least US$30 billion in annual losses to its smartphone business. The company has been trying to get used to the US sanctions since May 2019, in fact, Xu said the company, at this point, is accustomed to working and living with the US Entity List.

Perhaps that is why the world’s largest provider of telecommunications equipment, has been devoting more of its revenue to research for the development of new technologies, as a way to derail crippling US trade and investment sanctions. In a recent Bloomberg report, China’s largest tech giant almost doubled its R&D budget over the past half-decade to US22.1 billion in 2021 — more than any company in the world outside America. 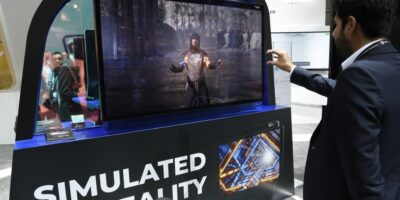 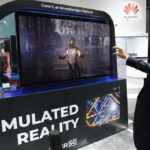 The amount basically reflects “Huawei’s do-or-die effort to develop chips, networking gear and even smartphones free of American technology, barred since 2019 after Washington accused Huawei of jeopardizing US national security,” Bloomberg noted. While Huawei’s 2021 research budget doubled from five years earlier, based on its annual reports, the yearly growth slowed.

In fact, US’ sweeping sanctions on Huawei wiped out nearly a third of its revenue in 2021, inflating the ratio the Chinese firm spent on research — though that’s still up in absolute terms from the previous year.

Huawei’s founder’s daughter Meng Wanzhou in March emphasized that “The true value of Huawei lies in the R&D capabilities we have accumulated through our constant, long-term investment in research. It’s in the company’s basic law that we will spend 10% of our annual revenue in R&D.”

Bloomberg data also showed that Huawei, which isn’t publicly traded, was one of just six companies worldwide that spent more than US$20 billion on R&D last year. “Its tally rivaled Microsoft Corp.’s and came in about US$1 billion less than Apple and US$2.5 billion shy of Meta.”

The move has in turn given the Chinese networking giant 2,770 U.S. patents last year, putting it at the fifth spot behind perennial leader International Business Machines Corp., according to an independent study. According to Huawei, it had 195,000 employees in 2021, of which 107,000 — 55% — “worked in R&D.” By comparison, about 60,000 or a third of Microsoft’s employees are classified as R&D staff, according to its annual report.

To recall, Huawei has been caught in the crossfire of a US-China trade tech war after the administration of former president Donald Trump moved to cripple the company over concerns it could pose a cybersecurity and espionage threat. Despite its business under pressure from the US sanctions, Huawei has been eager to fight for its slice of the lucrative European market for smartphones and 5G wireless network equipment.