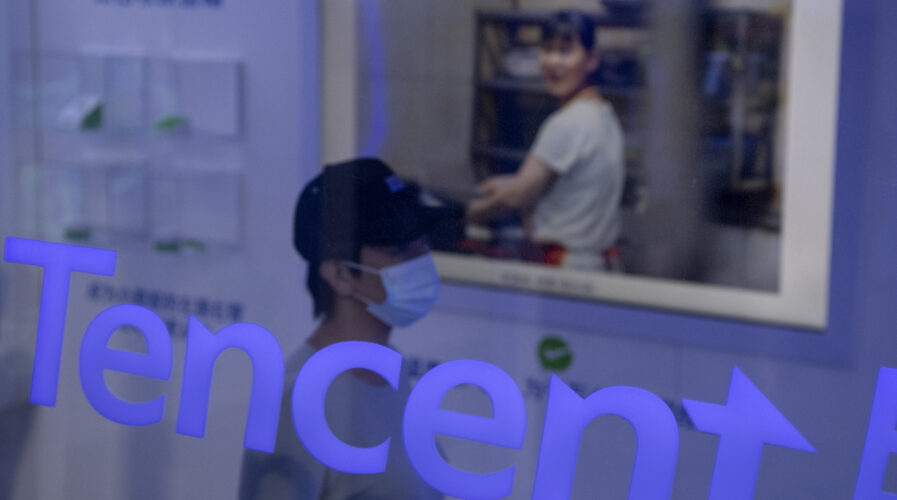 Why is China’s tech crackdown widening on Tencent? (Photo by NOEL CELIS / AFP)

Why is China’s tech crackdown widening on Tencent?

Most tech giants in China would agree that 2021 could go down as one of the toughest years for Chinese technology firms as Beijing moved to exert control over the sector that was once freewheeling.  Almost overnight, China’s anti-monopoly bureaucrats became a force feared by Big Tech, as they issued hefty fines for deals struck without official approval. While the situation was expected to largely subside this year, tech giants like Tencent Holdings are still feeling the brunt — with no signs of slowing down.

To recall, the Chinese government had never been a naysayer when it comes to merger deals in the country’s technology sector–until July 2021, when the State Administration for Market Regulation (SAMR) blocked Tencent’s plan to merge Douyu and Huya, two video game live-streaming websites it controls.

When that happened, experts reckon that the decision by Beijing sends a strong signal–that the Chinese authorities are no longer shy to act on antitrust issues. With that comes the end of the freewheeling era for Big Tech companies in China, and thereon, being able to engage in aggressive merger and acquisition activity to achieve market dominance would be a challenge. 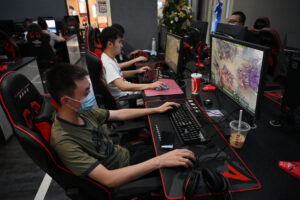 After all, the merger would have created a video game streaming behemoth worth more than US$10 billion and that would allow Tencent to take on Amazon’s Twitch. Therefore, stalling that to happen simply sets a precedent for the country’s internet industry. Based on the regulatory ruling published on the same day the decision were made, SAMR said that Huya and Douyu’s combined market share in the video game live-streaming industry would be over 70% if the merger went ahead.

That would simply give Tencent, the world’s biggest games publisher, a dominant role in the gaming industry, especially locally. Few days prior to stalling the deal, SAMR dished out 22 fines of half a million yuan each to the country’s Big Tech firms, citing violations of ‘concentration of business operators’ with respect to a series of mergers and acquisitions deals closed in the last decade.

Besides Tencent, the companies fined include Alibaba and Didi. Fast forward nine months later, Tencent announced that it is shutting down its video game streaming platform Penguin Esports on June 7, citing a change of business strategy.

A lot like Amazon’s Twitch, Tencent’s Penguin Esports hosts livestreams of professional gaming tournaments and other video game-related content. As one of the world’s largest online gaming players that were aggressively pushing into the area of professional gaming, also known as e-sports, Tencent saw it as a potential new revenue stream. 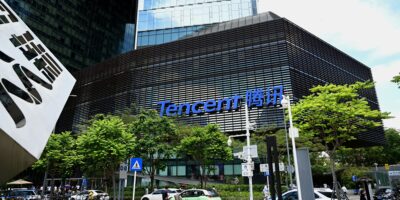 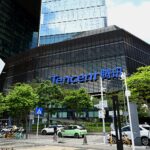 Hence, when Tencent proposed merging Huya and DouYu–a plan that would have valued the new company at around US$6 billion at the time–the plan was to move its Penguin Esports brand under the combined entity. Unfortunately, regulators have been tightening gaming regulations in China to protect younger users and that has been taxing for Tencent, who reported its slowest quarterly revenue growth on record in the fourth quarter of last year.

China’s not slowing down — not for Tencent at least

Until recently, Tencent, China’s social media and video game behemoth, has  been largely unscathed by Beijing’s sweeping crackdown on big internet platforms that began in late 2020. Then actions began unfolding when in 2021, a Tencent subsidiary, Tencent Music Entertainment Group, was stripped of its exclusive rights to some music labels.

That was then followed by the failed merger attempt between its two videogame streaming platforms. Yet, for expects, Tencent as a group and WeChat, its crown jewel, have avoided substantial reprimands and penalties from Chinese authorities. Until last June, when the local government published a draft amendment to its anti-money-laundering law that sought to broaden and deepen the scope of its regulations.

The People’s Bank of China (PBOC) basically wants nonbank payment companies to have obligations to detect and prevent money laundering, just like banks and other financial institutions. The amendment also meant companies can be fined for every violation count—meaning fines could add up to large sums—and that sort of gives PBOC more power and discretion to levy fines in their jurisdictions.

In short, the changes raise the stakes for mobile-payment platforms like Tencent’s WeChat Pay and its archrival Alipay, simply because of the massive volume of financial transactions that they facilitate. While Tenpay Payment Technology Co, the licensed entity that runs WeChat Pay, was previously hit with small fines that typically were less than 10 million yuan, the new fines are likely to be far higher, because China is apparently seeking to bring its anti-money-laundering enforcement up to international standards.

Now, besides Ant’s Alipay, Tencent too are required to set up financial holding companies—overseen by the PBOC—that encompass all of their licensed financial operations. While Ant has been working with regulators to turn itself into a financial-holding company that would include all its payment, banking, insurance, credit-scoring, fund management and other licensed activities, for Tencent however, it is more nuanced and complex.

Nevertheless, there have been indications that Tencent may be required to include WeChat Pay in a newly created financial holding company. According to Bloomberg’s report from March, it would be part of an overhaul that may necessitate a new license for the ubiquitous mobile payments service.

From gaming, to payments and now algorithms? 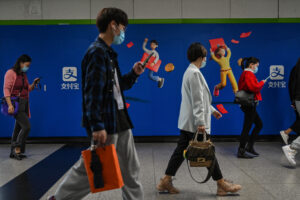 Including other tech giants in China, Tencent too will be investigated by China’s regulators on the potential abuse of algorithms. This is a part of the Cyberspace Administration of China’s (CAC) move on overseeing the way social media platforms serve up ads and content to hook users.

In a statement last Friday, the internet watchdog said it will conduct on-site inspections of firms and ask them to submit their various services for review. Without naming any, CAC said large-scale websites, platforms, and products with big influence will be targeted. The campaign is simply an effort to implement the rules unveiled last August to govern the industry’s use of algorithms to surface content for users.

The rule that came into effect last month proposes far-reaching restrictions on content algorithms to forbid practices that encourage online addiction, as well as any activities that endanger national security or disrupt social order. Fortunately, companies including ByteDance and Tencent have since then, made changes to their products by offering users a way to opt-out of AI recommendations on apps like Douyin and WeChat.

While most would have thought the worst may have been over for Big Tech in China, experts from Lawfare Institute in Cooperation reckon that regulators are likely to continue pursuing enforcement actions against Chinese technology companies into the foreseeable future.

As it is, in August 2021, China’s State Council and Communist Party Central Committee passed a five-year plan promising to tackle monopolies, review regulations related to the digital economy and address “foreign-related rule of law.” The plan, in addition to statements from the SAMR’s agency head promising strengthened antitrust enforcement in 2022, points to another difficult year for China’s tech giants.