Two of the few positives to come out of the pandemic have been the maturation of video conferencing software, plus the change in attitudes to video meetings and virtual collaboration in its many forms. But the hardware installed in many workplaces to enable video conferencing is looking dated – built and designed for a pre-2020 world. A small Norwegian company with a maverick design mentality is changing all that.

The word “Zoom” has joined “Google” in becoming a verb as well as the name of an organization, and few people today think twice before setting up a Teams meeting in place of a face-to-face conference. But as employees make the return to the workplace, what they discover in the facilities they may not have seen too much of over the last 24 months is that the built-in audiovisual systems in shared and personal spaces are dated. In many cases, it’s quicker and easier to use a single laptop to connect a board room’s inhabitants to a remote meeting than to try and configure the old AV system and screen at the end of the room.

This drama is being played out in workplaces across the globe, leading to a resurgence of interest in the latest video conferencing systems, platforms that combine ease-of-use (and installation) with crystal clear audio, pin-sharp video, and even additional features like autofocus cameras and directional microphones. The Red Dot design organization, for example, has featured several audiovisual systems as winners of their prestigious awards. That reflects companies’ renewed belief that the way they and their employees look and sound on screen is making a significant impact in business terms: smooth professionalism is the goal as many organizations find that online, virtual meetings, conferences, and webinars are now the norm, rather than the exception. There’s also the added impetus of an at least partly remote workforce: collaboration by video chat is now an accepted part of almost everyone’s working day.

If organizations want to put the old practices of video conferencing of “hunt the correct dongle” and “find the end of this wire” to bed, a few criteria need to be filled. Having Zoom and Teams built-in must be table stakes in 2022, as does wireless connectivity. Winners of several of those Red Dot awards for two consecutive years is Neat, whose offerings are both stunning to see and hear but highly advanced in features and capabilities. 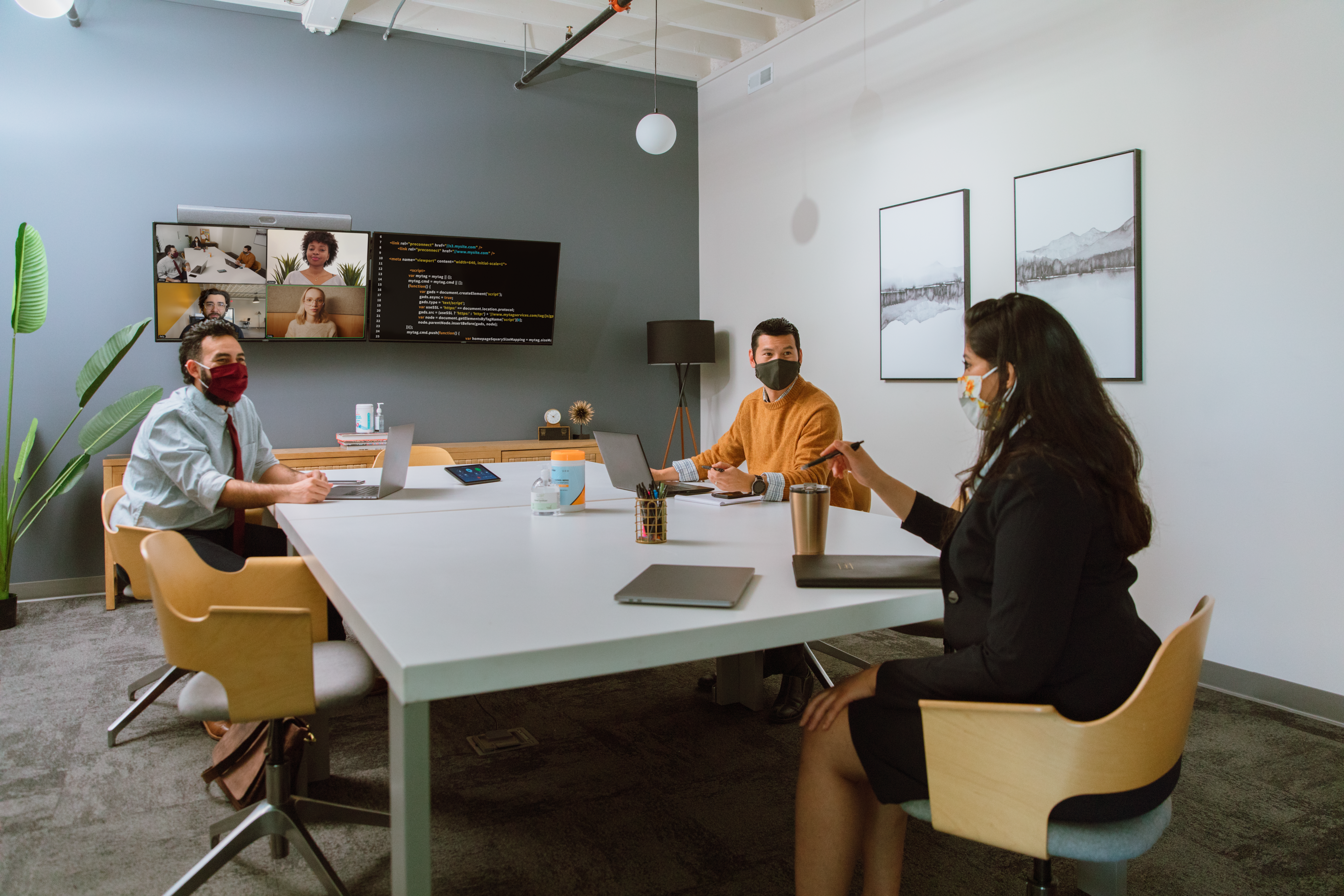 Often in technology circles, feature-bloat passes for progress; but there has clearly been a strong emphasis on design, ergonomics, and focused performance for the Neat range. There’s the almost-stereotypical Nordic design in terms of build quality and look-and-feel, plus a great deal of thought has gone into the R&D of the range to make it practical and technically impressive. The Neat Bar and Neat Bar Pro, for example, are understated devices that create immersive video and can drive two or three screens, respectively.

The award-winner, Neat Board, is the type of flagship boardroom device that every organization will want in their most-used public meeting spaces and the exclusive confines of the chairman’s boardroom. Its 65″ (165 cm) multitouch screen with built-in audio is great for brainstorming in collaborative sessions where working groups can thrash out details between participants in the room and remote. It’s also the device that the chairman of the board will specify for the loftier confines of the boardroom, where its neat elegance will be right at home.

Control over the installed wall- or ceiling-mounted devices can be centralized to the cool-looking Neat Pad, shipped by default with the Bar and Bar Pro. For individuals or smaller meeting rooms, there is the Neat Frame that looks like a space-age, portrait aspect tablet and the Neat One: an individual USB camera, mic array, and speaker package.

Under the hood of these devices is where the technologists in us begin to get excited. Cameras leverage AI to follow speakers as they move around a room or shift positions, and activity beyond a room’s space glimpsed on camera, through glass-walled rooms, for example, is automatically blurred out, focusing eyes and minds on the subject matter. There are built-in noise suppression technologies in the microphone arrays, so extraneous noise doesn’t leak into the audio channels. The Neat Company’s ethos is demonstrably focusing equally on function and form, with the Red Dot judges seeming to agree.

Head over to the company’s site to read more about the range and explore the full range to see which models would best serve your purposes. Also, watch this space as our next article in this series takes a deeper look into some of the technology packed into these attractive boxes of AV goodness like environmental monitoring and data gathering capabilities.