Micron Malaysia, a Great Place to Work for people from all walks of life

Global semiconductor and memory chip giant Micron Technology Inc. established its first plant in Penang, Malaysia, back in 2018 – laying the groundwork with a 1.5 billion Malaysia Ringgit investment over five years. Under the auspices of the Penang state government, the greenfield investment comprises the Center of Excellence for solid-state drive (SSD) assembly and testing in Batu Kawan Industrial Park.

The demand for skilled workers with the prerequisite skillsets post-pandemic is at its peak. Companies in the US semiconductor sector, for example, will need to hire between 70,000 and 90,000 additional workers by 2025. Malaysia’s booming chip and storage manufacturing scene is on the same track, with Micron Memory Malaysia Sdn Bhd looking to add up to 1,000 team members at the Batu Kawan facility.

Great Place to Work for all employees

Micron is casting the talent net far and wide, emplacing exemplary inclusive hiring practices of the type that saw Micron Malaysia the proud recipient of a Great Place to Work award. Prizing inclusion and equality, Micron established various Employee Resource Groups (ERG) to promote diversity, equality and inclusion in the workplace. In relation to that, the Batu Kawan operation hired 50 persons with disabilities in 2021 – and has set the target to bring onboard 100 differently-abled persons by 2022.

One of those 2021 recruits was Hamkah bin Zolkaflee, who has been with the company for nearly one-and-a-half years as a Back of Line (BOL) Production Operator. Hamkah is one of 39 hires who has hearing impairment, but he says every employee is well taken care of, supported by facilities that are friendly to the differently-abled team members. 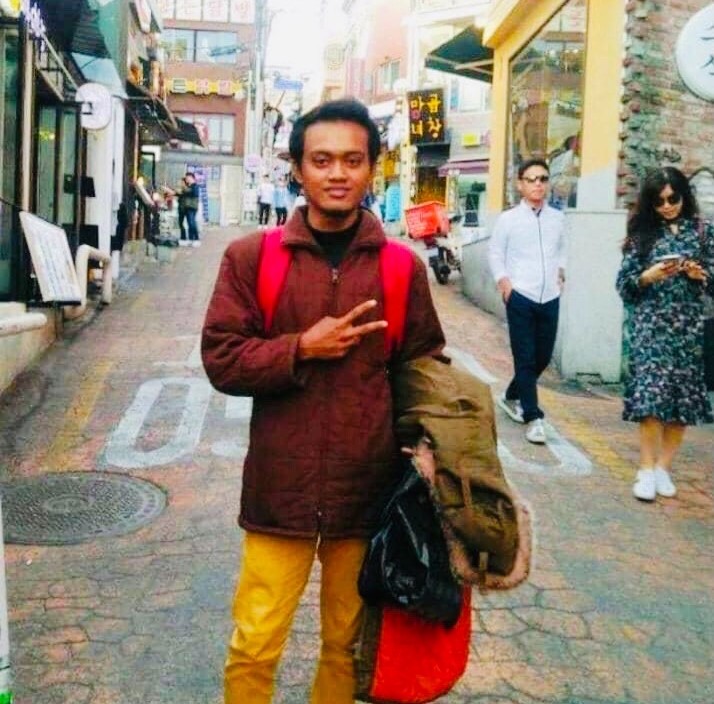 “One example is the installation of the emergency strobe light, also known as the enhanced notification system,” said Hamkah. “It is used to alert us if there are emergencies on the production floor which enables us to evacuate in time.”

The installation of the enhanced notification systems helped lower communication barriers, and his team members made sure Hamkah felt involved at all times.

“My team members are very proactive and open-minded; they are […] very agreeable in any situation,” he enthused. “What inspires me the most is that they are willing to take the time to learn some basic sign language to ensure that even during communications there is no apparent difference.”

“The environment in Micron thrives on the community of acceptance and equality, which really helps all of us to succeed,” he said.

“Furthermore, in Micron, there is a Capable ERG, which is a group of individuals pioneering campaigns, [or] programs, offering resources and support which fosters a better workplace that meets the needs of differently-abled team members,” the young man continued.

“Being given this opportunity [….] is like winning the lottery, as I was excited and grateful that working for Micron is about to change my future.” 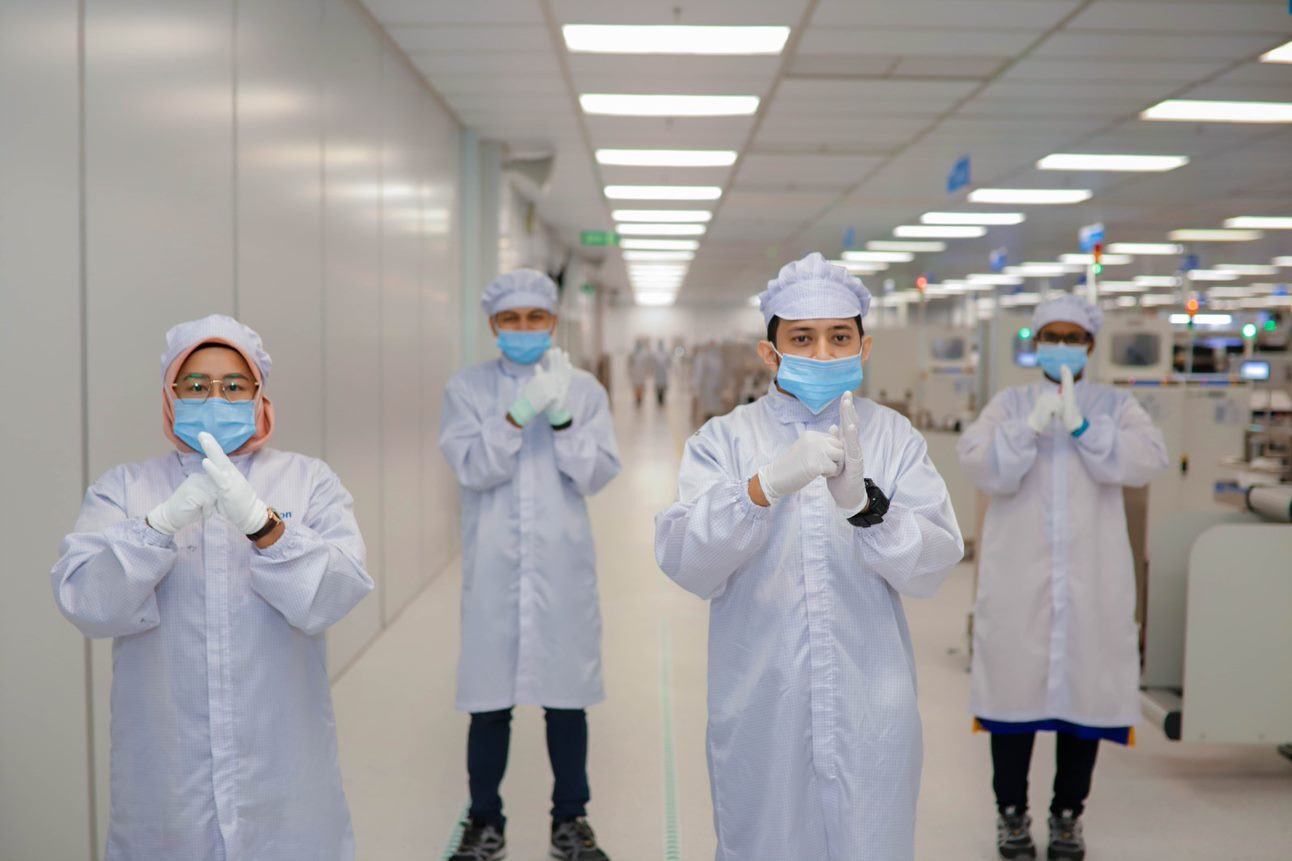 ERGs at Micron are very active and are not limited to differently-abled employees. Sharon Yong, Senior Finance Manager at Micron Technology, says that the Micron Women’s Leadership Network was instrumental in smoothing her transition back to the workplace after taking a break from work to focus on raising a family. 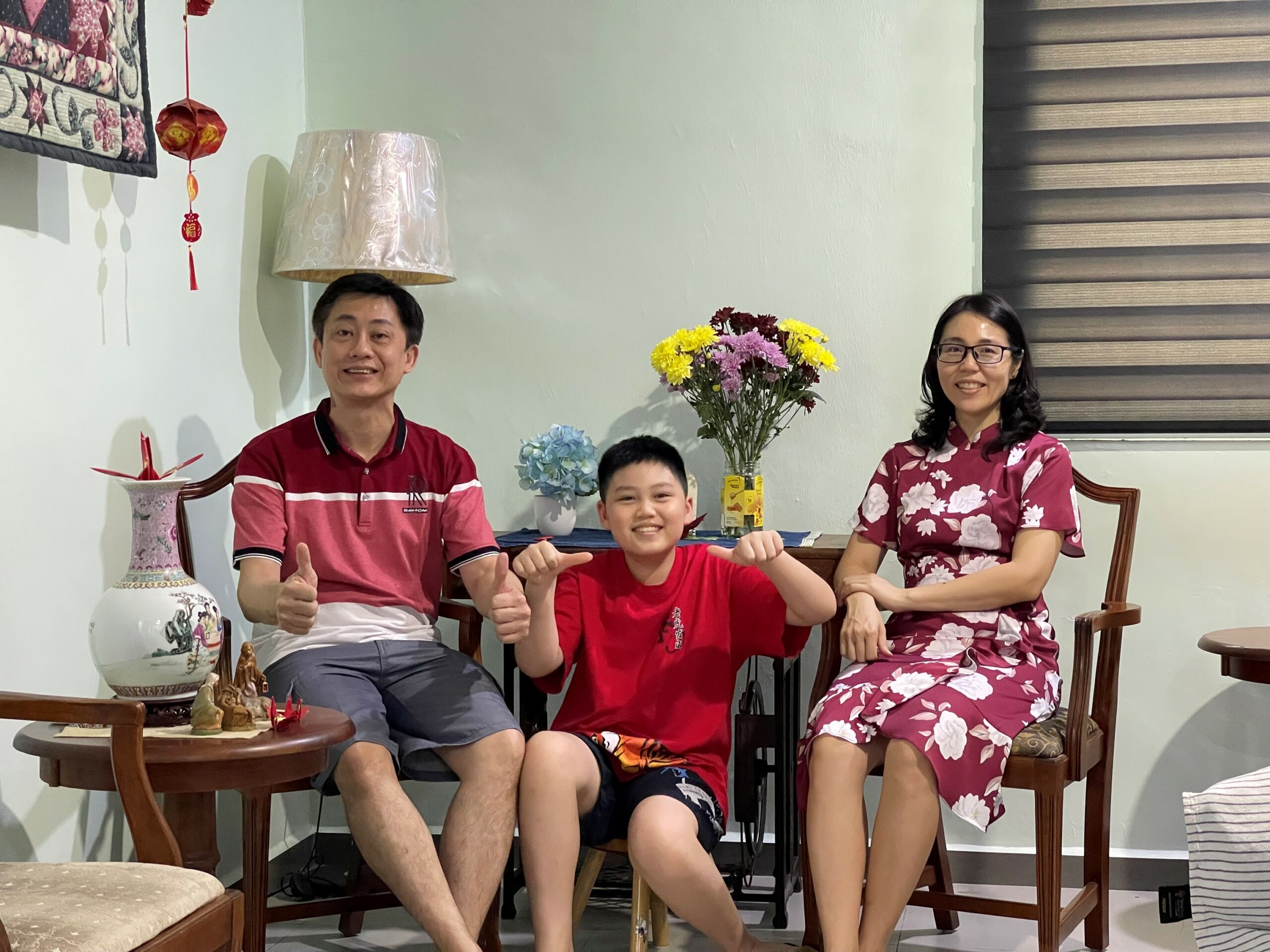 When she decided to make a career comeback at Micron, the supportive culture in Micron was there for her. Sharon credits the Micron Women’s Leadership Network with helping inculcate a sense of work-life balance, easing her return, and introducing her to other women in leadership positions at the company that provides her a platform for networking and experience sharing. She felt there was a supportive environment across the four ‘C’ pillars of the ERG: the career, culture, commerce, and community pillars.

The career pillar is centered around growing the right career progression. “So especially on the engineering side, the focus is on growing young women in the technical arena,” she explained. As for the community pillar, “we have initiatives [in which] we engage with the local community, as well as schools, with colleges, to encourage young females to join the engineering profession.”

“And from a culture perspective, we do celebrate International Women’s Day, we have activities, for example, giving out cupcakes, some goodies, and not only to women, but also to men! We also remember them as being our advocates and supporting the journey of women in their careers and professional arena,” Sharon elaborated. 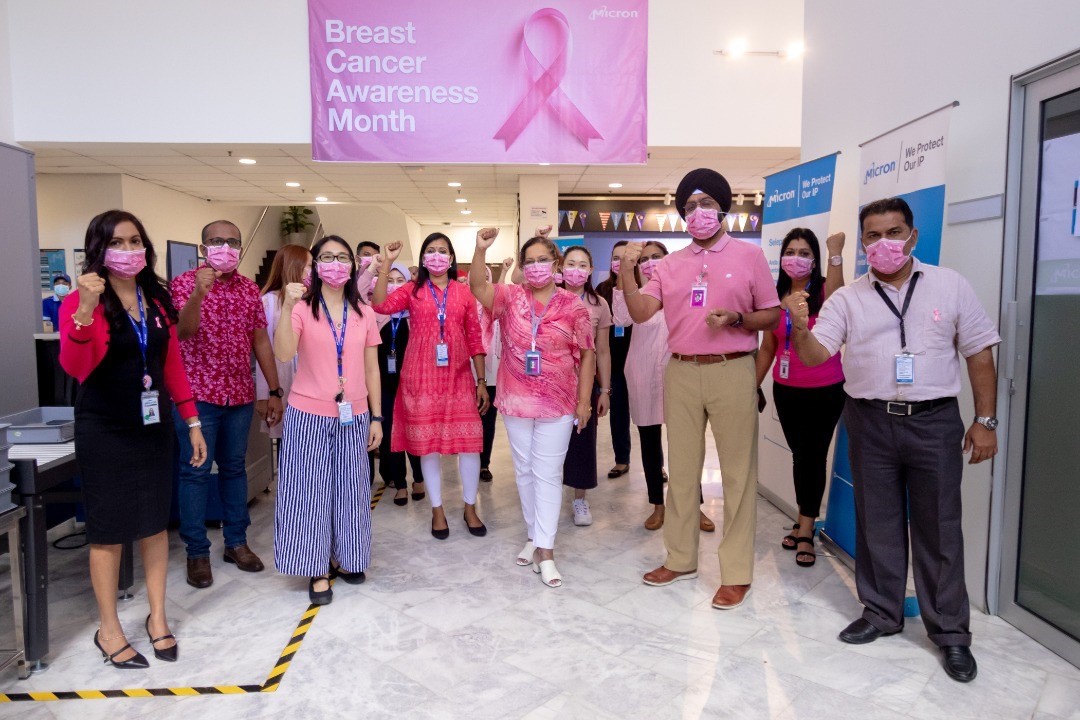 “There’s also the commerce pillar, which I was personally involved in, where we work with certain groups to promote women [coming] back to the workforce.”

Work-life balance, or “work-life integration” as it’s called at Micron, according to Sharon, is a vital and refreshing component of work, not just for those restarting their careers but for experienced new hires looking to forge a new career trajectory at the Center of Excellence.

For Failure Analysis Lead and Staff Engineer Mugilan Batamale, a 10-year veteran of failure analysis labs, Micron’s move from Seberang Prai to the larger campus at Batu Kawan presented an opportunity to build a lab from the ground up, as opposed to joining an established outfit.

While the opportunity was attractive, Mugi (as he prefers to be called) was living in Sungai Petani, a town nearly 60km away by the nearest highway to the new buildings at the Industrial Park. “Sungai Petani is a little bit far, it takes about an hour on a good day to reach Batu Kawan. And the timing must be right, adjusting for the peak hours and all. But I was really intrigued with the job,” said Mugi firmly. “And on top of that, I also got to know that Micron gives good allowances for travel, and also the highway toll as well. So that actually subsidizes a lot – more than half of the travel costs.”

The subsidized travel expenses made it much more accessible for Mugi to come on board for his dream gig. “So, yeah, that was my biggest motivation, and Micron, as you know, is very established globally. It’s a place that people can join and grow for the long-term – and setting up a new factory actually becomes even more of a growth opportunity.”

As one of the leading semiconductor companies in the world, Micron Malaysia aspires to retain satisfied, highly-skilled workers. To that end, the company advocates for a range of skills training, knowledge exchange sessions, and overseas training at their global operations around the world, to further the skillsets and know-how of its talent.

“In fact, in our lab team itself, we planned training first at our other lab in Muar [also in Malaysia],” noted Mugi. “And then we also have plans to visit the Singapore and Taiwan plants as well, just for knowledge-sharing and also for training to bring up the skill [levels] faster.”

Along with caring for staff personal growth, the company’s values also endorse various social responsibility and sustainability initiatives that go on throughout the year. Mugi highlighted two occasions where Micron either matched employees’ donations, or doubled the amounts raised by staff to bring relief to pandemic victims and to victims of the devastating flash floods in the country. 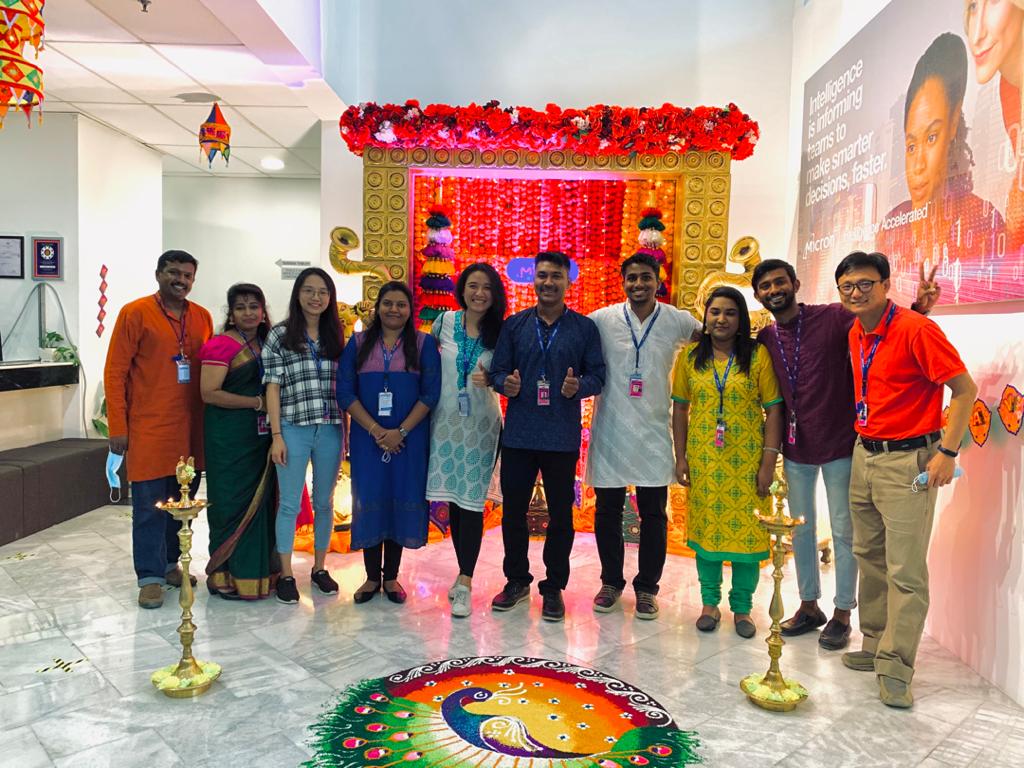 “Companies are meant to be profit-based, right?” he asked. “But at the same time, Micron also [places] emphasis on local community-building as well – especially in times of need like COVID.”

Micron prioritizes diversity and equal opportunity for its people and places emphasis on the mental and physical well-being of the employees as well. In a multicultural country like Malaysia, Micron motivates staff and promotes harmony by celebrating the major occasions of each significant culture.

“Previously, Micron used to run in person events. But during the pandemic, they shifted those events to virtual, with Zoom calendars being set up to make it easy for employees to sign up and participate. They also have contests and decorations around the office, and all major festivities: Christmas, Deepavali, Chinese New Year, Hari Raya are celebrated in Micron Malaysia through a combination of live and recorded Zoom events catered for all its Team Members.

“And not to mention, one of my favorites is on the day itself,” chuckled Mugi. “We’re all given a free food package with some culturally-appropriate goodies inside as well.”

Micron takes great pride in its unwavering focus to provides an all-encompassing care for its workforce, looking after people’s needs and those of the environment and the surrounding communities.