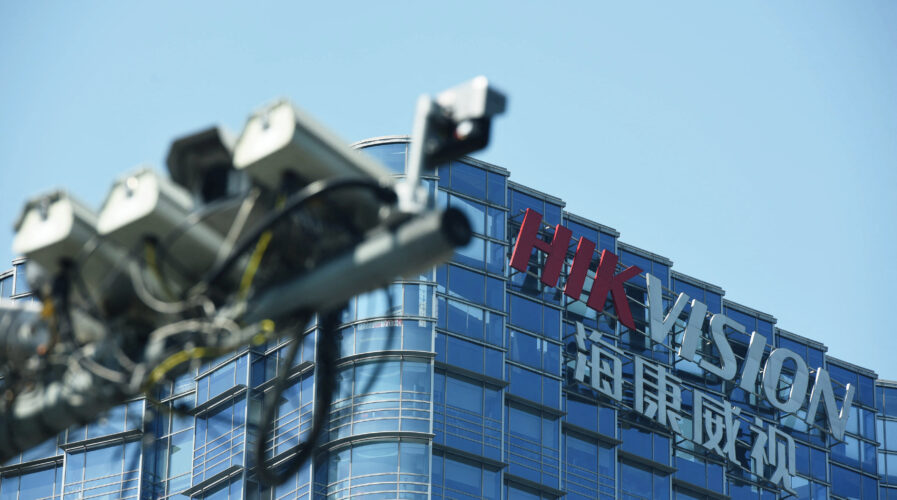 Chinese surveillance technology firm Hikvision has been facing criticism for years, mainly over accusations that it is helping Chinese authorities to track and control the mostly Muslim Uyghur minority in China’s Xinjiang region using its facial recognition technology. Even in the US, Hikvision has been under intense public scrutiny due to human rights and security concerns.

In 2018, Hikvision faced its first scrutiny in the US when the House of Representatives passed a bill including a ban on the government’s use of the company in 2018. A year later, US lawmakers put Hikvision on a sanctions list (Entity list), effectively blocking US companies from selling to it. At that point of time, adding Hikvision to the blacklist  just amplified tensions between the US and China, which have been locked in a tariff war for most of 2018.

Yet those measures have done little to stop the Chinese company’s growth around the world–and the US seems to be considering a fresher, more severe action for the same reason; its involvement in human rights violations in Xinjiang region. The sanction anticipated this time around, according to the Financial Times, is adding the Hangzhou-based company to its Specially Designated Nationals (SDN) list–a rather  far-reaching list that comes with dire consequences.

For context, Hikvision has its cameras used by agencies and corporations across Europe and Asia. Various reports indicated that its cameras have been used in cities from Paris to Bangkok, and are considered pivotal to crime prevention as well as helping build “smart cities” or networked urban environments.

Because of its cheap and reliable cameras, the China-based Hikvision has been enjoying rapid growth over the last few years. In China particularly, demand for its surveillance cameras, video storage and data analysis services has peaked. For the overseas market, the company competes against the likes of Canon, Hanwha Techwin and Bosch.

What does the SDN list mean for Hikvision and China?

According to the US department of the treasury, those in the SDN list would have “their assets are blocked and any US persons are generally prohibited from dealing with them.” In layman’s terms, should Hikvision be included in the SDN list, it would restrict the company from dealing with American companies or citizens and that would deal a heavy blow to the global operations of Hikvision, which has been on the so-called US Entity List since October 2019.

Frankly, as Bloomberg puts it, the new, tougher sanctions would take the Biden administration’s economic war against China in a new direction: “it would be the first time a Chinese technology company has been added on the SDN list. It deals a potentially heavy long-term blow against Hikvision, as companies and governments around the world would be forced to reconsider their relationship with the camera provider,” the report noted.

In a statement this morning, Hikvision responded to the hearsay but noted that it “remains to be verified”. The company noted that “any such sanction should be based on credible evidence and due process, and look forward to being treated fairly and unbiasedly.” Prior to this, Hikvision has denied allegations that its technology has been used by the Chinese state to suppress Uyghurs.

Based on data compiled by the Center for Strategic and International Studies, a US think tank, and other organizations, more than three million Hikvision cameras are connected to the internet 24/7 in 33,000 cities around the world. London has more of its cameras installed than any US or European city.

As of December 2021, there were 33,636 Hikvision cameras in London, compared with 26,760 in Beijing. Other Asian cities under Hikvision’s watchful eye include Seoul (32,067 cameras), Ho Chi Minh City (72,269) and Bangkok (22,274). In short, the world has been flooded with Chinese surveillance equipment, under the disguise of various reasons namely COVID-19 prevention.