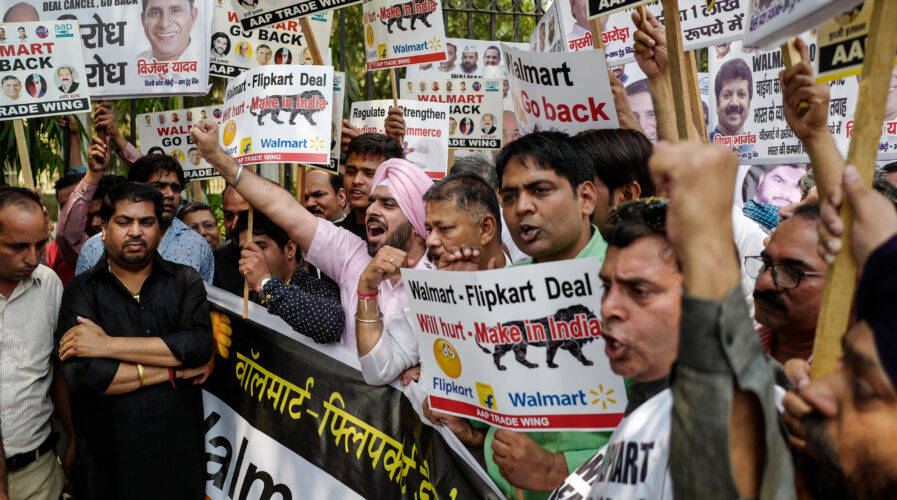 Would the open e-commerce network end the dominance of US tech giants in India? (Photo by CHANDAN KHANNA / AFP)

Would the open e-commerce network end the dominance of US tech giants in India?

In 2020, India became the eighth-largest market for e-commerce, with a turnover of approximately US$50 billion. The pandemic then accelerated the country’s e-commerce adoption by several years, with eMarketer expecting sales to soar past US$80 billion in 2021. For that to materialize, the Indian government would have to aid local retailers while promoting healthy competition. That would also mean deterring the dominance of US giants such as Amazon.com Inc. and Walmart Inc.

While being in the final stages of drafting new e-commerce rules that had sought to tighten the regulations for foreign-owned marketplaces in the country, the Indian administration launched a pilot not-profit, government-owned platform known as the Open Network for Digital Commerce (ONDC) to allow small merchants and retailers to plug in and gain the reach and economies of scale of giants.

Essentially, the government of India would create its own e-commerce ecosystem for all, designed to loosen the stranglehold of companies like Amazon that dictate which brands get access to prime consumers and on what terms. In fact, the platform were launched after India’s antitrust body last week raided domestic sellers of Amazon and some of Walmart’s Flipkart following accusations of competition law violations.

Here’s what we know about the ONDC

Commerce Minister Piyush Goyal in a tweet on Friday said, “After UPI, another game changing idea to democratize commerce – ONDC soft launch today to select consumers, sellers and logistics providers. Get ready for a world of choice, convenience and transparency.” Basically, the government-owned platform will allow buyers and sellers to connect and transact with each other online, irrespective of the application they use. 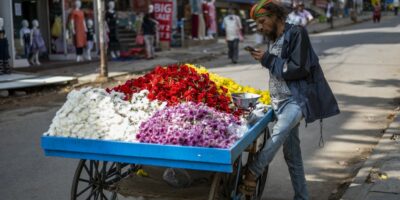 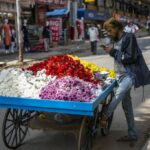 The platform is spearheaded by the commerce ministry in an initiative aimed to promote open networks for all aspects of the exchange of goods and services over digital or electronic networks.  Reports indicated that ONDC is to be based on open-sourced methodology, using open specifications and open network protocols independent of any specific platform. The Indian government even claimed that “as UPI is to the digital payment domain, ONDC is to e-commerce in India”.

According to the Commerce Ministry, the benefits of ONDC include:

As stated in a strategy paper published by ONDC in January, there needs to be “a paradigm shift from an operator-driven monolithic platform-centric model to a facilitator-driven, interoperable decentralized network”. That said, the ONDC will not be owned or controlled by a single entity or platform and it is made to connect buyers, suppliers, payment, and logistics providers through open-source specifications and protocols.

What’s the state of the e-commerce industry in India?

Based on local Indian reports, there are currently over 4,000 small and big e-commerce companies in India, 500 logistics companies to deliver goods, and more than 20,000 entities including travel and hotels that provide services through e-commerce. The potential is such that the Indian e-commerce market is expected to grow to US$200 billion by 2026.

The Indian government in a document on the ONDC project noted that two large multinational players controlled more than half of the country’s e-commerce trade, limiting access to the market, giving preferential treatment to some sellers and squeezing supplier margins. It did not name the companies.

However, as per Forrester Research data, by October 2020, Walmart’s Flipkart had 31.9% market share — making it the largest online retailer in India. Meanwhile, Amazon India is slightly behind in second, with a 31.2% market share. That said, ONDC could help millions of small businesses go online and worry less about the global giants.

The document also said the ONDC plan aimed to onboard 30 million sellers and 10 million merchants online, covering at least 100 cities and towns by August this year. It would focus on apps in local languages for both buyers and sellers, with a special emphasis on small merchants and rural consumers, it noted.