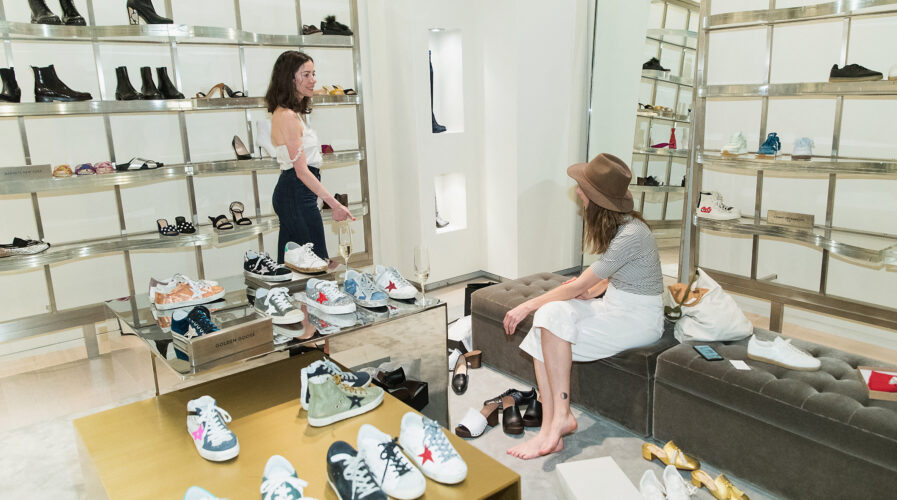 Amazon is using AR for its footwears in the US. Will virtual try-ons be a thing in Asia? (Photo by Mat Hayward / GETTY IMAGES NORTH AMERICA / Getty Images via AFP)

It was in 2017 when e-commerce giant Amazon first launched a simpler version of augmented reality (AR) shopping with a feature called AR View in its Amazon iOS app, built using ARKit.  The offerings of its AR View over the time increased with users now having the ability to view thousands of products for the home or office – including furniture, electronics, toys, games, home décor and more.

Yet, when compared to other players in the e-commerce space, Amazon has been fairly slow to embrace AR technology for online apparel shopping, despite the increased competition especially following the pandemic. Five years after launching its AR View, Amazon finally hopped on the bandwagon by launching its ‘Virtual Try-On for Shoes’ last week.

The feature, available for customers in the US and Canada, can be accessed via the Amazon shopping app on iOS. It will allow customers to visualize how a pair of new shoes will look on themselves from multiple angles using their mobile phone’s camera. “After selecting a shoe, customers can tap the “Virtual Try-On” button below the product image and point the camera on their mobile device at their feet to see how the shoes look on them,” the e-commerce giant said in a statement. 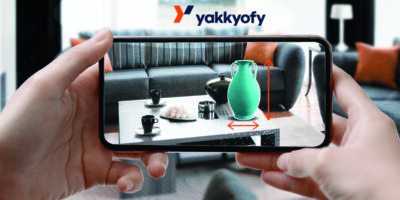 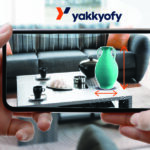 AUGMENTED REALITY IN E-COMMERCE IS SHAPING THE FUTURE OF RETAIL

Amazon also noted that there are thousands of sneaker styles currently available from brands including New Balance, Adidas, Reebok, Puma, Superga, Lacoste, Asics, and Saucony. “Within the experience, customers can seamlessly change colors of the selected footwear by scrolling through the carousel of options without ever leaving the experience. Customers can also take a photo of the virtual shoe they’re trying on and share the photo with friends through social media,” the company said.

The feature was previously in pilot with select customers, Amazon noted, so some users may have access before now. The feature, according to the company, will also be made to Android customers soon. Prior to Amazon, its top US competitor Walmart also recently turned to virtual try-on with its March 2022 debut of an AI-powered try-on feature, “Choose My Model,” which was based on technology it acquired the prior year from the startup Zeekit.

Even Big Tech rivals including Pinterest, Google and Snapchat have leveraged on AR to allow shoppers to try on makeup, apparel and accessories. Most recently, Snap expanded its investment in AR shopping with the introduction of tools that turn retailers’ photos into 3D assets and the launch of an in-app destination for AR fashion and virtual try-on called “Dress Up.

Where is Asia in the virtual try-on league?

Despite a giant like Amazon being slow to catch on to the AR for shopping feature, the market is not something to be taken lightly. In fact, according to Statista, the market is valued at US$30.7 billion. Though most people tend to associate AR solely with the entertainment industry, the reality is that the technology will become a more and more integral part of life in the coming years.

In fact, retail is expected to account for 5% of AR use by 2022. In 2020 alone, 32% of consumers were seen using AR while shopping. In a region like Asia, IDC forecasts that the AR/VR industry in the Asia Pacific alone will grow rapidly, experiencing a compound annual growth rate of 47.7%, and reach US$28.8 billion by 2024.

Most of it will come from China, which is forecast to account for roughly 90% share of the spending on AR and VR in APAC, and will exceed $20 billion by 2024. At this point, companies like Alibaba and Shopee have unveiled AR tools to boost shoppers’ experience on their e-Commerce platforms.