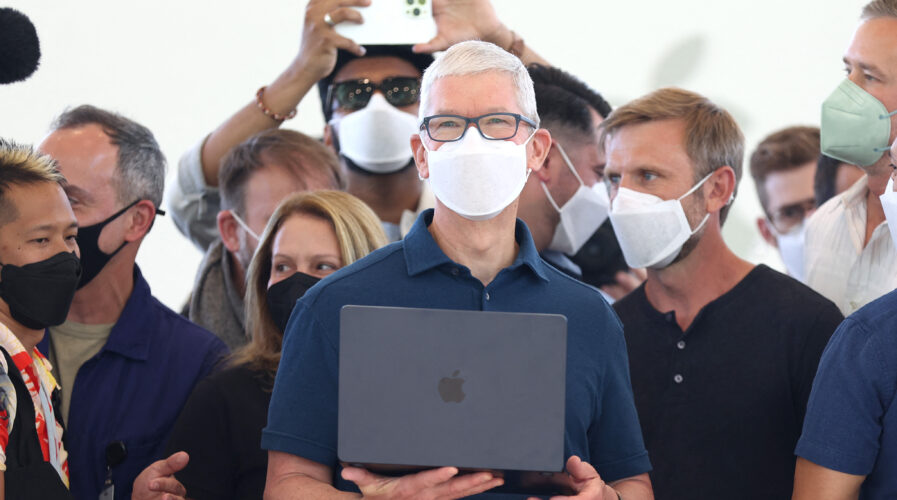 Last week, iPhone maker Apple introduced the latest edition to its in-house chips–M2–which will debut in the tech giant’s new MacBook Air and 13-inch MacBook Pro. Dubbed as the next generation of Apple’s own chip designed specifically for the Mac, the new chip will include 25% more transistors and 50% more bandwidth than M1. The Apple Silicon has so far been a game changer, and for many, it marks the end of one era and the beginning of a new one — for Apple and Microsoft’s Windows.

For starters, Microsoft has traditionally dominated the niche of operating systems for decades now. Over the years, Apple computers grew more popular but market shares remained largely unchanged — until Apple Silicon came about. Today, with M1, M1 Ultra and the latest being M2, Windows’ market share could shrink significantly. 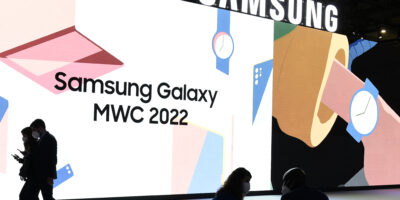 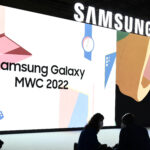 SAMSUNG’S PROFIT SOARS THANKS TO SOLID DEMAND FOR MEMORY CHIPS

In fact, ever since Apple’s homegrown M1 processors started powering its Macs in late 2020, the company’s computer business has been picking up momentum. Canalys’ report from January this year shows that 2021 Mac shipments grew almost twice as fast as the global PC market as a whole. To be precise, annual growth for Mac was 28.3%, against 14.6% for the global PC market.

That is not it — even in the first quarter of this year, Mac shipments grew 8%, while the top two PC brands saw their own shipments suffer double-digit falls. Counterpoint’s research report noted that “Apple continued its success with the M1 MacBook series to see 8% YoY shipment growth in 1w22, which boosted its market share by 100 bps YoY.”

How will Apple’s M2 boost its market share further?

Based on Apple’s statement, “the M2 is built using second-generation 5-nanometer technology, taking the industry-leading performance per watt of M1 even further with an 18% faster CPU, a 35% more powerful GPU, and a 40% faster Neural Engine.” Besides delivering 50% more memory bandwidth compared to M1, it also has up to 24GB of fast unified memory.

The latest Apple Silicon will be included in the completely redesigned MacBook Air and updated 13-inch MacBook Pro, according to the tech giant. Among the most significant upgrades since the existence of Apple Silicon is how its devices have longer battery lives than their older Intel-based counterparts and plenty of processing power.

Taking all that into account, Gartner’s tech analyst Mikako Kitagawa told CNBC that Apple could continue picking up market share with the M2 architecture. He said, in 2021, Apple held 7.9% of worldwide PC shipments by operating system, while Windows controlled 81.8%, according to Gartner’s estimates. The firm now expects Apple’s share to move up to 10.7% in 2026 as Windows share slips to 80.5%.

An updated forecast, according to Kitagawa, will likely make Apple’s performance look stronger in the next few weeks — and that isn’t great news for Microsoft. As it is, Apple’s sales have been surging with its Mac business growing by 23% in fiscal 2021 to over US$35 billion in sales. By the March quarter, Mac sales rose over 14%, a faster increase than any other Apple hardware category.

Even Apple CEO Tim Cook told analysts in April that “the incredible customer response to our M1-powered Macs helped propel a 15% YoY increase in revenue despite supply constraints.”

When it comes to Microsoft, Morgan Stanley analysts led by Keith Weiss wrote in a note this week that most of its Windows revenue comes from licenses it sells to Dell, HP, Lenovo and other device makers. That amounts to 7.5% of Microsoft’s total revenue and almost 11% of gross profit.

Although businesses were at first slow to adopt Apple’s M1 computers because of concerns that key applications wouldn’t be compatible, Adobe, Microsoft and other developers have gradually come out with native versions of their software for the devices, Kitagawa said. Therefore he now expects corporate adoption to grow as well.