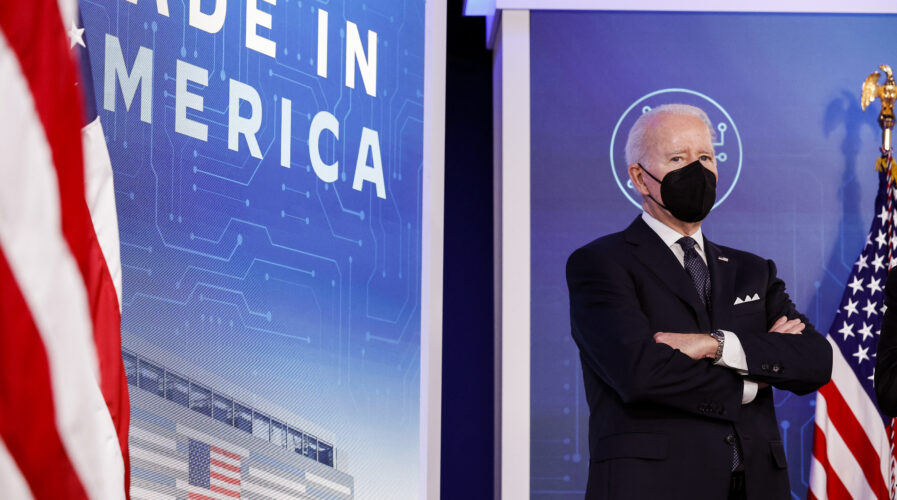 In February this year, Taiwan’s GlobalWafers planned €4.35 billion takeover of German chip supplier Siltronic collapsed on the failure to receive regulatory approval on time. CEO Doris Hsu, who was “very disappointed” with the outcome, emphasized that the company would probably invest in the US if the deal failed. This week, the Taiwanese giant did exactly that.

Production from the first fab is anticipated as early as 2025. “This investment will represent the first new silicon wafer facility in the US in over two decades and close a critical semiconductor supply-chain gap,” GlobalWafers said. These types of wafers are the starting material for all advanced semiconductor fabrication sites and most are currently manufactured in Asia, forcing the US semiconductor industry to rely on imports.

The US is among major countries around the world that have been racing to bolster their domestic semiconductor supply chains to fight the semiconductor shortage that has plagued industries over the past year. Although the US has traditionally held a dominant position in the global semiconductor industry, given how the sector is caught in almost a continuous state of disruption, regaining market share might not be so simple.

Today, the US chip assembly represents only 12% of global production, down from 40% in the 1990s. Speaking at an investment summit, Commerce Secretary Gina Raimondo said, “We took our eye off the ball,” the secretary said. “We stopped investing in chip manufacturing and chip R&D. And, in search of cheap labor, we watched a lot of our manufacturing leave our shores.”

Therefore, the Biden administration for months have been pushing for a bill that would appropriate US$52 billion for domestic semiconductor manufacturing. The legislation would provide billions of dollars to boost research and development with an eye toward creating new technologies to help the US stay ahead of a rising China. If the CHIP Act passes, GlobalWafers could be eligible for the funding incentives.

Even big US players like Intel have been pushing for the semiconductor-related bills to be passed in the US.  CEO Pat Gelsinger has even warned that he may expand chip production in Europe instead of the US if Congress fails to approve US$52 billion in government subsidies promised under the CHIPS Act.

To recap, Congress passed the CHIPS Act as part of the National Defense Authorization Act in 2021 but never appropriated a budget for its programs. The money for subsidies is currently stuck in negotiations as the House and Senate attempt to reconcile differences on a broader package of policies to help the US tech industry compete with China.

Industry leaders and a group of 19 major business and labor groups had also recently sent a letter to Congressional leaders to urge passage of legislation to fund US-based chip manufacturing and research. The letter reflects impatience over the failure of the House to act on a bill passed on June 8 by the Senate. “The need is urgent and now is the time to act. We look forward to working with you on this national priority,” the letter states.