Baidu unveils autonomous vehicle without steering wheel, to be operational in 2023

There’s been plenty of movies that have portrayed driverless and automated cars over the years. From KITT (Knight Industries Two Thousand) to controlling vehicles remotely using technology from Wakanda, these fictionalized vehicles are slowly becoming a reality.

Last year, China’s tech giant Baidu rolled out its paid driverless taxi service, making it the first company to release commercialized autonomous driving operations in China. Running in an area of about 3 square kilometers, about 10 Apollo taxis pick up and drop off passengers at eight stops in western Beijing’s Shougang Park, one of the venues for the 2022 Winter Olympics.

Earlier this year, Baidu and Pony.ai, an autonomous vehicle company received permits from the Chinese government to provide driverless ride-hailing services to the public on open roads in Beijing. Today, Baidu is the world’s largest robotaxi service provider. The Apollo Go model has expanded to 10 cities in China since its launch in 2020, including all first-tier cities, and provided more than 1 million orders. 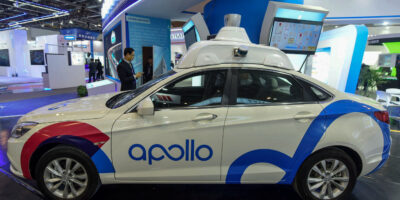 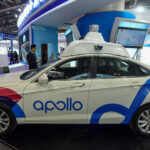 Designed for complex urban environments, Apollo RT6 will be put into operation in China in 2023 on Apollo Go, Baidu’s autonomous ride-hailing service. With a per unit cost of RMB 250,000 (US$37,000), the arrival of Apollo RT6 is set to accelerate AV deployment at scale, bringing the world closer to a future of driverless shared mobility.

For Robin Li, Co-founder, and CEO of Baidu, the new model will not only see a massive cost reduction but will also enable them to deploy tens of thousands of AVs across China. Li added that society is moving towards a future where taking a robotaxi will be half the cost of taking a taxi today.

What makes the Apollo RT6 have a detachable steering wheel is that it integrates Baidu’s most advanced L4 autonomous driving system, powered by automotive-grade dual computing units with a computing power of up to 1200 TOPS. The vehicle utilizes 38 sensors, including 8 LiDARs and 12 cameras, to obtain highly accurate, long-range detection on all sides. The safety and reliability of Apollo RT6 are backed by a massive trove of real-world data, a total test mileage of over 32 million kilometers driven by Baidu’s AV to date.

According to Zhenyu Li, senior corporate vice president of Baidu and general manager of Intelligent Driving Group (IDG), the autonomous driving capability of Apollo RT6 is equivalent to a skilled driver with 20 years of experience.

Apollo RT6 is the first vehicle model built on Xinghe, Baidu’s self-developed automotive E/E architecture, especially for fully autonomous driving. The vehicle is 100% automotive-grade and has full redundancy throughout both hardware and autonomous driving software. The creation of Apollo RT6 marks another milestone for Baidu to achieve its goal of providing safer, greener, and more efficient mobility solutions.