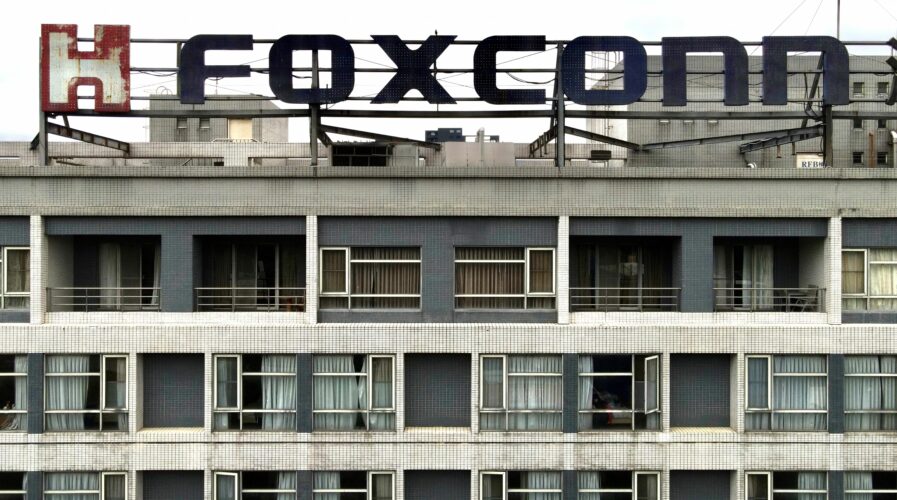 Last week, we wrote about Apple relocating its Watch and Mac production to Vietnam, as part of a broader push to diversify its supply chain, instead of having most of it concentrated in China. By now it is a known fact that Apple has always had the intention to expand into Vietnam, and now even its prime supplier, Foxconn, are solidifying those plans by signing a new memorandum of understanding to expand its facility in the northern part of the Southeast Asian nation.

According to state media reports, the Taiwanese company over the weekend sealed a US$300 million MoU with Vietnamese developer Kinh Bac City to expand its facility all for the sake of the diversification and boosting of production. Foxconn, also the world’s largest electronics contract manufacturer, has a new factory in northern Vietnam, on a plot of 50.5 hectares in Bac Giang province, and it is expected to generate 30,000 local jobs, the Tuoi Tre newspaper said.

As per Tech Wire Asia’s report last week, Foxconn has started test production of the Apple Watch in that part of the country. Having been in Bac Giang for 15 years, Foxconn has moved part of its Apple iPad and AirPods production to Bac Giang’s Quang Chau Industrial Park, Tuoi Tre reported.  As of now, both Apple suppliers Luxshare Precision Industry and Foxconn have apparently started test production of the Apple Watch in northern Vietnam with the aim of producing the device outside of China for the very first time. For Vietnam, Apple’s shift — and the US-China tensions in general — have been a boon. The number of Apple suppliers with facilities in the country has increased to at least 22 from 14 in 2018, according to Nikkei Asia’s analysis of Apple’s latest available suppliers list and interviews with sources. Even three of Foxconn’s China-based competitors are now in Vietnam: Luxshare Precision Industry Co. and GoerTek Inc. make AirPods there while BYD is preparing to produce iPads.

Foxconn in particular, according to the Vietnamese government, had invested a total of US$1.5 billion in the Southeast Asian country in the whole of last year. As of June this year, Foxconn said it employs about 60,000 people in Vietnam, the company’s largest manufacturing base outside of China. According to Bloomberg, Foxconn chairman Young Liu said the Apple supplier will “significantly” increase the numbers of employees in Vietnam over the next one to two years, without providing a specific number.


Vietnam in general, coupled with the effects of globalization, was pushed straight into a middle-income economy in just one generation, and has been on track to higher economic development since. Vietnam is well known for being a hub for manufacturing operations, especially by higher-income nations who are adopting the “China plus one” strategy.

Also known as ‘Plus one’, it is a business strategy where companies diversify investment into countries other than China in order to reduce reliance on China. Costs of doing business in Vietnam, especially for manufacturing, are low, due to affordable overheads such as for buildings, land, and labor.

Vietnam’s GDP growth is forecast to surge from an estimated 2.6% in 2021 to 7.5% in 2022, with resilient manufacturing and a robust rebound in services serving as the driving forces for economic recovery. According to the latest economic update by World Bank (WB) for Vietnam, the country’s economy expanded 5.2% in Q4 of 2021, and respectively 5.1% and 7.7% t in Q1 and Q2 of 2022.