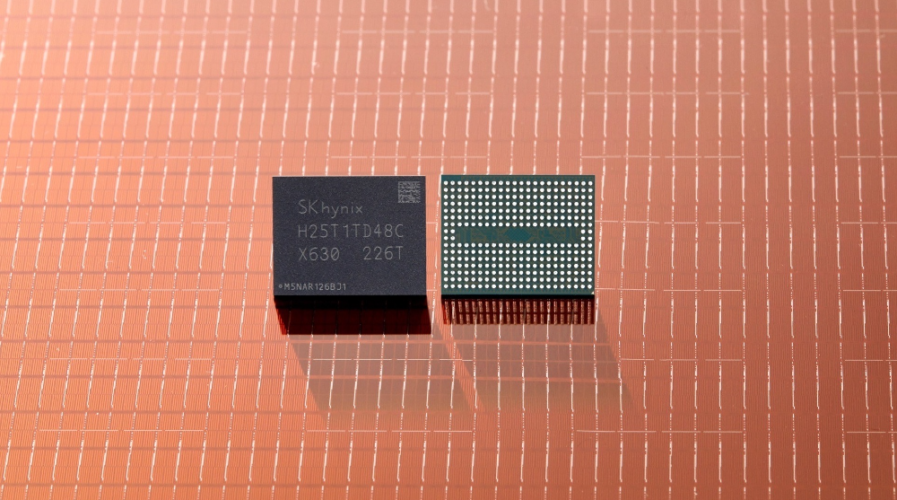 About a week ago, US-based leader in storage and memory, Micron Technology Inc, announced that it has started working on the industry’s first 232-layer triple-level cell (TLC) NAND flash memory chip. Not too long after, South Korea’s memory chip giant SK hynix unveiled that they will be offering the world’s highest 238-Layer NAND Flash design based on 4D layering that can be used for PC storage devices and later on, smartphones and servers.

SK Hynic, also the world’s second-largest memory chip maker, said that the 238-layer NAND Flash product is expected to enter production by the first half of 2023. The company described it as the “industry’s highest” NAND flash chip, challenging its US rival Micron who had begun shipping a 232-layer NAND chip.

SK Hynix said the new 238-layer chip is the smallest NAND flash chip in size, boasts a 50% improvement in data transfer speed over previous generation chips and power efficiency as well, as it cuts the volume of energy consumed for data reading by 21%. The company has in fact shipped samples of those 238-layer 512Gb TLC 4D NAND products to customers, with plans to start mass production in the first half of 2023.

Since the development of the 96-layer NAND product in 2018, SK Hynix has introduced a series of 4D products that outperform existing 3D products. The company has applied charge trap flash and peri under cell technologies to make chips with 4D structures. 4D products have a smaller cell area per unit compared with 3D, leading to higher production efficiency.

SK Hynix’s head of NAND development Jungdal Choi in his keynote speech during the event said, “SK Hynix secured global top-tier competitiveness in perspective of cost, performance, and quality by introducing the 238-layer product based on its 4D NAND technologies/ We will continue innovations to find breakthroughs in technological challenges.”

The 238-layer products will be first adopted for client SSDs which are used as PC storage devices, before being provided for smartphones and high-capacity SSDs for servers later. SK Hynix said the company will also introduce 238-layer products in 1 Terabit (Tb) next year, with density doubled compared to the current 512Gb product.