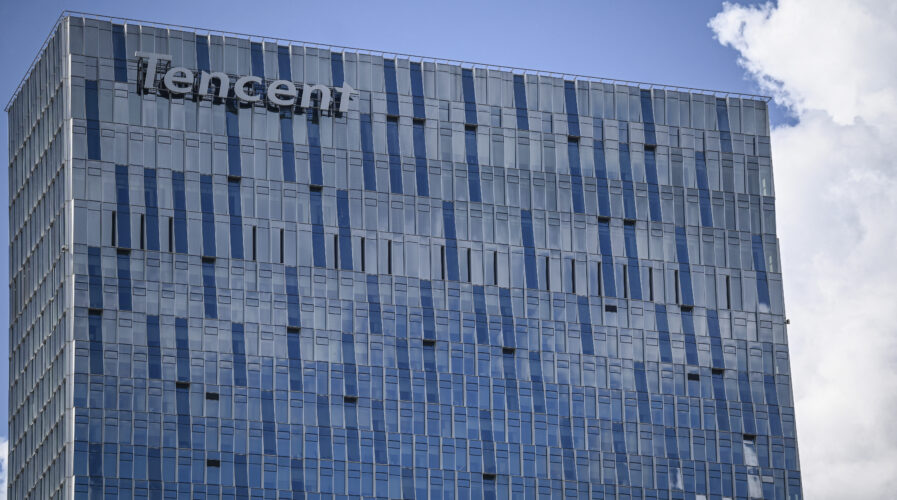 Tencent is paying a hefty price for being a tech giant in China. Does this mark the end of an era? (Photo by Jade GAO / AFP)

Tencent is paying a hefty price for being a tech giant in China. Does this mark the end of an era?

Beijing last year went on a ‘clamping down spree’ on online commerce, car-sharing, food delivery and gaming, with a speed and ferocity that has irrevocably reset growth expectations. For tech giants like Tencent Holdings Ltd, growth seems impossible in such a setting, especially considering the persistent struggle to juggle a torrent of negative signals despite expectations that China is finally easing up on its crackdown.

Like the rest of China’s tech universe that isn’t faring that well, even the country’s most valuable company, Tencent, has been paying a hefty price for simply being a Chinese tech giant. The latest, most priciest impact had been on Tencent’s sales and revenue that had slumped for the first time ever since the company was listed. To make it worse, Tencent also slashed 5,000 jobs or nearly 5% of its workforce this week.

For context, Tencent’s revenue fell a deeper-than-projected 3% to 134 billion yuan (US$19.8 billion) while net income also missed estimates, plunging 56% in the June quarter. Its online advertising revenue slid 18%, although it surpassed estimates. The move to reduce its workforce was the first since 2014 after layoffs rippling through the global tech sector finally hit the WeChat operator. 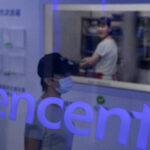 WHY IS CHINA’S TECH CRACKDOWN WIDENING ON TENCENT?

The social-media and video game behemoth said it would need time to absorb regulatory actions that over the past year cut into its advertising and video gaming revenues and warned that China’s Covid-19 restrictions could delay a recovery in its advertising business. Even before the macroeconomic turbulence, China’s giant internet industry had resigned itself to a new era of sedate growth after a decade of free-wheeling expansion.

Companies like Tencent are focusing on profitability over the market-grab of years past, after a sweeping government crackdown wiped more than US$1 trillion off Tencent and Alibaba combined market value in 2021. For Tencent, although regulators resumed approving games in April after a months-long hiatus intended to curb addiction, China’s premier developer has yet to win a nod for a single title this year.

Tencent has even admitted that its Chinese gaming business was facing “transitional challenges” including dwindling user spending. That said, Tencent executives also said that international games, cloud software and WeChat video will be their major strategic priorities. The TikTok-style feed inside Tencent’s super-app is the company’s latest hope of countering ByteDance Ltd., which is increasingly luring away users and marketing dollars.

While changes in Tencent seem to be abrupt and too much at this point, Union Bancaire’s analyst Vey-Sern Ling told Bloomberg that “Tencent is delivering on what management described as a ‘new industry paradigm’ two quarters ago — where growth slows but margins improve. Shifting away from reckless expansion and aggressive marketing should be taken positively for the industry as a whole.”

At this point, the fintech and business services segment — which includes cloud computing — is now the fastest growth engine for Tencent in China. Cloud revenue on the other hand suffered a mild decline this year after the company cut loss-making contracts and ventured into services beyond infrastructure. “During the second quarter, we actively exited non-core businesses, tightened our marketing spending, and trimmed operating expenses,” Tencent co-founder Pony Ma said in a statement. That “should position us for revenue growth as China’s economy expands.”

Overall, Chinese tech executives have repeatedly warned investors recently, to prepare for a new reality of sedate growth. As Covid lockdowns paralyze business activities in cities from Shanghai to Shenyang, China’s once-reliable economic engine seems to be losing its steam. What remains to be known is how will local tech giants come out of this dilemma, stronger than ever or with renewed focus?