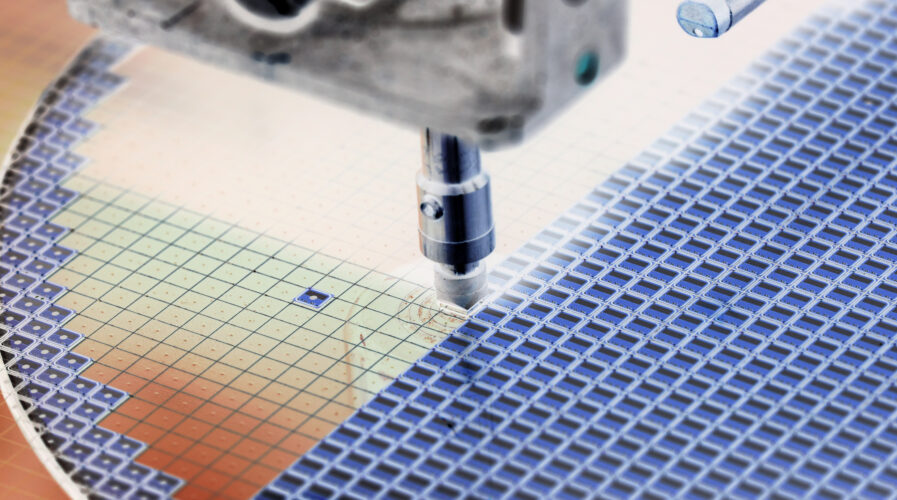 The rise of third-generation semiconductors.(Source – Shutterstock)

The rise of third-generation semiconductors

For context, the material of first-generation semiconductor is known as silicon (Si) and Germanium. However, their properties limited their use in optoelectronic, high-frequency and high power devices. As for the second generation, Gallium Arsenide (GaAs) and Indium Phosphide (InP) were mainly used but they were scarce, expensive and toxic thus limiting their usage.

GaN on the other hand is suitable for high-frequency applications, including communication devices and fast charging for mobile phones, tablets, and laptops. Compared with traditional fast charging, GaN fast charging has higher power density, so charging speed is faster within a smaller package that is easier to carry. These advantages have proven attractive to many OEMs and ODMs and several have started rapidly developing this material.

In a report by Vertex Holdings titled “Third-Generation Semiconductor: The Next Wave?” the venture capital firm shared five key advantages of the latest generation of semiconductors. Firstly, due to its SiC component, they have higher bandgap which then allows for higher power efficiency, better thermal performance, and higher frequency. SiC also means the third-generation semiconductors have higher thermal conductivity which allows for faster heat transfer; and higher saturation velocity for higher current and higher frequency.

The GaN on the other hand allows for high breakdown strength which then allows for higher voltage and more compact; and higher melting point which translates to higher power. Although chip players have now developed into the third-generation semiconductor materials, the first and second generation semiconductor materials have not been eliminated and are still widely used.

Over the last two years, the US-China trade war and the pandemic slowed down the third-generation semiconductor market worldwide. However, analysts reckon this segment has entered a rapid upturn owing to high demand from automotive, industrial, and telecom applications since last year. In fact, the GaN power device market, in particular, will undergo the fastest growth, with a US$61 million revenue, a 90.6% increase over 2020, according to a survey by TrendForce.