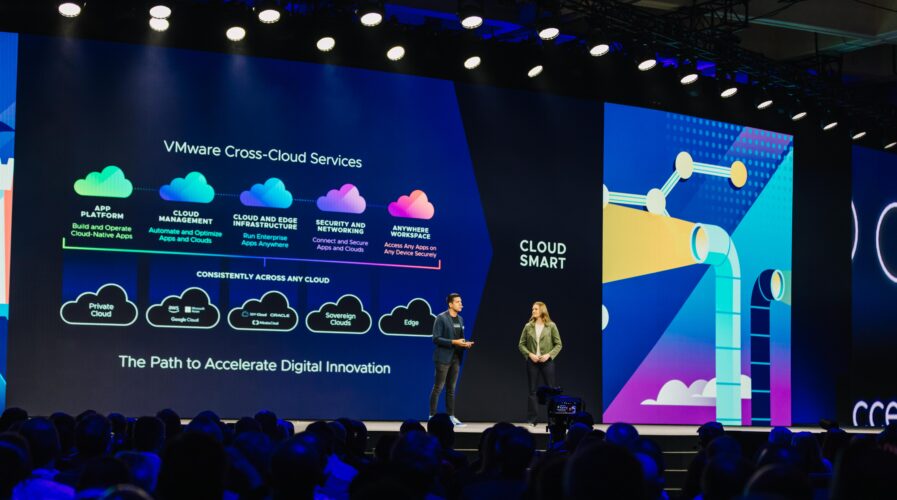 VMware made several major announcements during its VMExplore 2022 conference in San Francisco recently. While most of the announcements involved simplifying the complexities in the multi-cloud, the general feeling from the attendees was the mood the company was showing, with a potential acquisition by Broadcom looming.

Despite the concerns, the three-day event went well with over 15,000 attendees taking part in workshops and training sessions organized by VMware.

As one of the keynote speakers at VMExplore 2022, Kit Colbert, VMware’s Chief Technology Officer kept the mood going high during his session. Together with Amanda Blevins, VMware CTO for the Americas, both of them discussed the cloud chaos that is brought about by the siloed workloads caused by using different clouds. 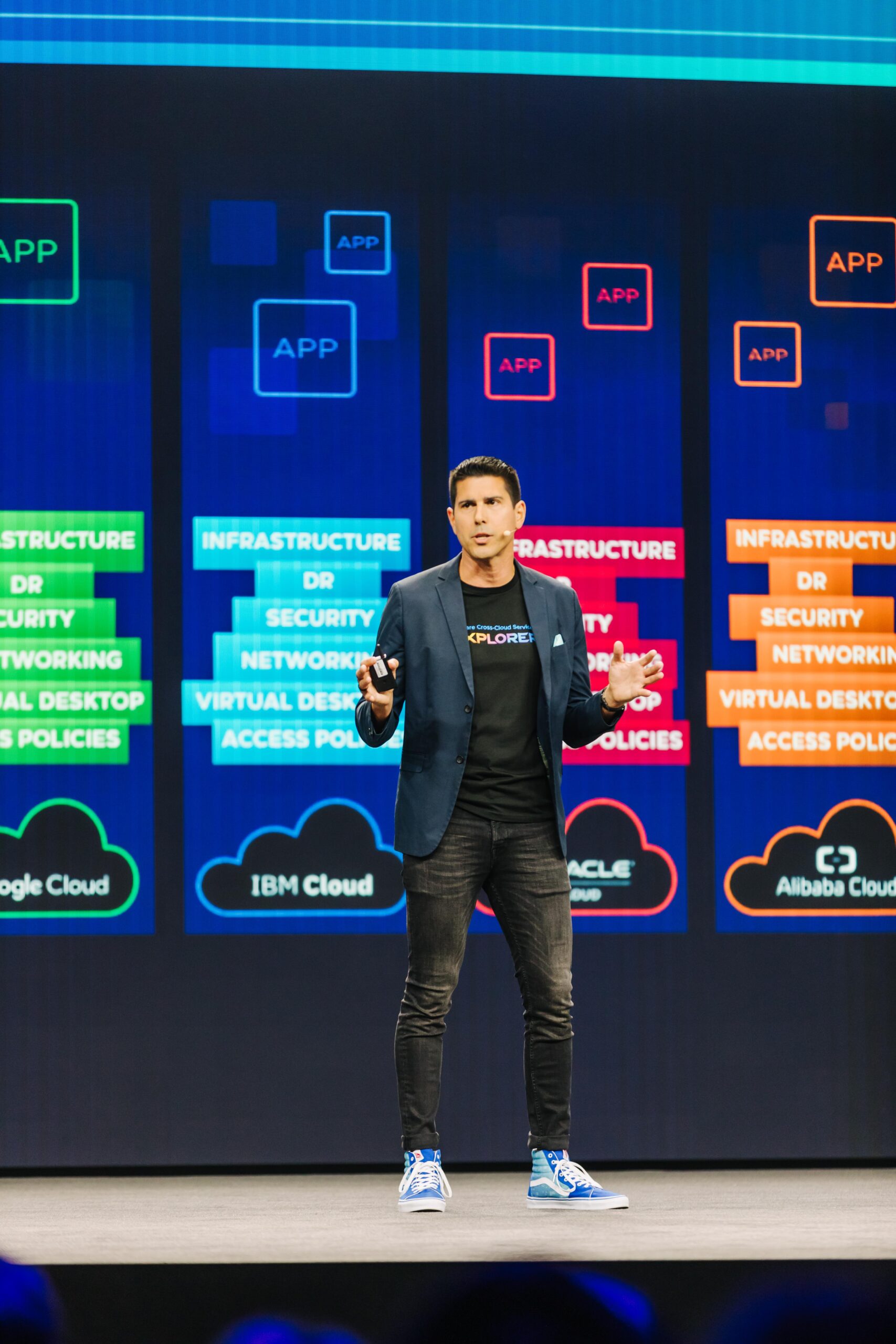 When businesses invest in different cloud service providers, each cloud serves a purpose for a specific application in the organization. While these enable businesses to have multiple clouds to run multiple applications on, the problem that arises from this is that most of these capabilities are in a silo and can be rather complex when it comes to moving them around.

For Colbert, it’s fundamentally an architecture issue that we need to move away from relying solely on single cloud services and embracing what we call cross-cloud services. Cross-cloud simply means moving the capabilities higher so that businesses can have the same network and security solutions for example across multiple clouds, including private and edge.

By embracing these technologies, businesses can get to what VMware refers to as cloud smart. Now cloud smart is pretty much solving the complexities businesses face in cloud chaos (basically avoiding the complexities of the multi-cloud). This includes having to accelerate app development, consistent enterprise infrastructure, and providing developers with a frictionless experience.

“We’re trying to offer a portfolio that gives folks options, because some people may want to have infrastructure consistency, they may want to be able to move apps back and forth from on-premises to the cloud, or vice versa. Some people may not care so much about infrastructure consistency and want security consistency, whereby securing the software supply chain is a priority,” commented Colbert in a conversation with Tech Wire Asia.

Colbert highlighted that this is what VMware ARIA is designed for. Focused on cross-cloud management, across cost operation, automation, and governance, with Aria, there are a whole bunch of opportunities that are designed for the multi-cloud, public cloud, and on-premises.

“This graph database that it has, which by the way came from Cloudhealth Secure State, if you’re familiar with VMware, was built with a sort of Graph QL interface graph database behind it. This sits at the center of ARIA or what’s called the ARIA hub. Formerly called Project Ensemble, its goal is to very much pull all this sort of disparate information from these different clouds,” said Colbert.

Understanding the multi-cloud and customers as VMware CTO

Colbert has been CTO of VMware for about a year and has been optimistic about the innovations the company has just announced, especially in providing their customers with what they need in their multi-cloud journey.

Before taking over as CTO, Colbert held several other positions in the company including VMware Cloud CTO, GM of Cloud-Native Apps, and CTO for End-User Computing. Simply put, Colbert knows what it takes to keep customers satisfied.

“It’s been a ride and a learning experience for me. And obviously, we are going through uncertain times, whether it’s the Broadcom acquisition or the current macroeconomic climate. But we are so well set up for what’s happening with the multi-cloud. I feel like with Cloud, we got kind of caught on the back foot a little bit, for a variety of reasons. But with multi-cloud, we’re ready. And it’s like, right in our wheelhouse. I’m quite excited about the opportunities there,” said Colbert.

In his role as VMware’s CTO, Colbert stated that his function is to make sure that business units are thinking of the company overall first before focusing on their needs. Because what happens is, historically, people have bought VMware products individually but now they buy a lot of them together. Hence, Colbert explained that what’s more important than any one feature or function is how all these work together because that’s how the customers use them.

“So that’s where the focus is on. It’s not necessarily technical, but more about making sure we got alignment of priorities,” added Colbert. 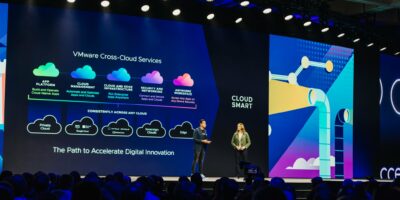 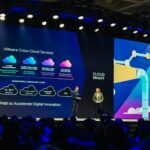 Having said that, Colbert did point out that there were also some mistakes they made with some decisions in the past like vCloud Air, its failed hybrid cloud project for example. While these may not have given them the desired outcome, it enabled the company to learn from it and put their focus on what really mattered to their customers.

“I think we legitimately believed that there was something we could do there. But, in the end, we’re fighting the tide and we couldn’t do that. I think our strategy now is much better because we align with all the market forces. An interesting thing about vCloud Air is that Pat Gelsinger (Former VMware CEO) had the resolve to sort of seeing it through. I think that sometimes, as a leader, you need to do that. You need to have the conviction to stay with something, just like if you believe it may not be successful, you got to see it through to a point where you know for sure.  I can’t imagine the sort of beating; he would take continually or some of that stuff. So yeah, we got some things wrong,”

But at the same time, Colbert felt that this helped really refine the company’s thinking. VMware started to think about wanting to be in the cloud era and started conversations with AWS, Google, and others which led to the partnerships existing today.

“We got to the right position, in the end. Despite a lot of mistakes made we had lessons learned,” stated Colbert.