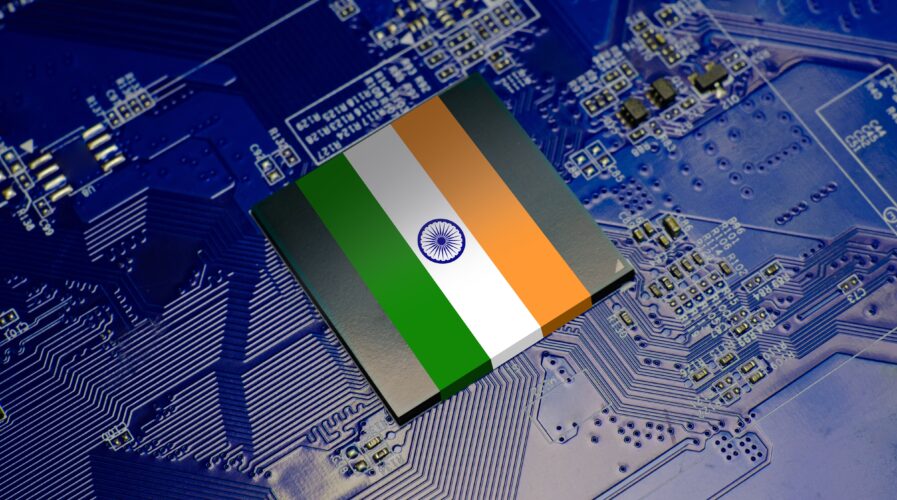 A Foxconn-Vedanta semiconductor plant in India is coming soon

In February this year, Vedanta, one of India’s leading multinational groups, and Foxconn, world’s largest electronics manufacturing company, formed a joint venture company with the aim to manufacture semiconductors in India. The partnership came a month after the Indian government launched the India Semiconductor Mission as its business division to attract companies developing semiconductors.

Fast forward to this week, Vedanta and Taiwan’s Foxconn announced that they are planning to invest US$19.5 billion (1.54 trillion rupees) under a pact signed on Tuesday to set up a semiconductor project in Gujarat. This came after the Gujarat government announced its dedicated semiconductor policy in late July to work with New Delhi and promote semiconductor manufacturing in the state.

When Rueters first reported on Monday, it was noted that the joint venture obtained subsidies including capital expenditure and electricity from Gujarat to set up units near the western state’s largest city, Ahmedabad. The investment of 1.54 trillion rupees, according to Gujarat, was the largest ever by any group in an Indian state. The advantages of the semiconductor plant, among others, includes creating more than 100,000 jobs in Gujarat, India.

VISIT OF A BOSCH SEMICONDUCTOR FACTORY

Basically, the plan entails Vedanta setting up a display manufacturing unit with an investment of 945 billion rupees (US$11.95 billion) and separate chip-related production units by investing 600 billion rupees (US$7.58 billion), the state government said in its statement.  The dynamics are such that Foxconn is acting as the technical partner, while oil-to-metals conglomerate Vedanta is financing the project as it looks to diversify into chip manufacturing.

This MoU is an important step accelerating India’s semi-conductor manufacturing ambitions. The investment of Rs 1.54 lakh crore will create a significant impact to boost economy and jobs. This will also create a huge ecosystem for ancillary industries and help our MSMEs. https://t.co/nrRbfKoetd

Vedanta Chairman Anil Agarwal mentioned during the event in Gujarat, where an agreement was signed with the state officials, that the Vedanta venture aims to start manufacturing display and chip products within two years. “India’s own Silicon Valley is a step closer now,” Agarwal said in a tweet after the event. Gujarat Chief Minister Bhupendrabhai Patel also said that the state was prepared to extend any support to the project, which it won in a close race with India’s richest state, Maharashtra.

Foxconn said in a statement that the state’s infrastructure and the government’s active support “increases confidence in setting up a semiconductor factory”. As it is, the Indian government has said it will expand incentives beyond an initial US $10 billion plan for those investing in semiconductor manufacturing, for it aims to become a key player in the global supply chain for chips.

Overall, Vedanta is the third company to announce a chip plant location in India after international consortium ISMC and Singapore-based IGSS Ventures, which are setting up in the southern states Karnataka and Tamil Nadu, respectively. Having been a chip taker instead of chip maker for years on, India envisions to change that and as Prime Minister Narendra Modi puts it during Semicon India 2022 recently, “We are committed towards acceleration and growth of the chip design and manufacturing ecosystem in the country.”

In fact, through larger national narratives such as Make in India and Atmanirbhar Bharat (self-reliant India), India has approved billion-dollars worth of incentive plans to attract semiconductor players into the country.  Modi emphasized that they are “aware that in order for a semiconductor ecosystem to flourish, it is necessary to ensure adequate support from the government.” Most recently, India approved a US$10 billion production-linked incentive (PLI) scheme to attract semiconductor and display manufacturers under a Semicon India program.