BYD chooses Thailand for its first passenger car factory outside ChinaPhoto: Employees work on a new energy vehicle (NEV) assembly line at a BYD Auto factory in Huaian in China’s eastern Jiangsu province on July 6, 2020. (Photo by AFP) / China OUT

In China, electric car and battery giant BYD has dethroned Tesla and outpaced other competitors when it comes to market share for EVs and other new energy vehicles (NEVs) — all while expanding aggressively to several overseas markets, including Sweden, Denmark, Germany, Israel, Japan and Cambodia. Having been the biggest manufacturer of EVs in China, BYD is now expanding its footprint to Thailand, with its first EV production plant in Southeast Asia.


BYD signed a land purchase deal last Thursday with WHA Corp, largest industrial-estates developer in Thailand, for 96 hectares (237 acres) of land in the eastern province of Rayong for the plant. The plant is expected to start operation in 2024 and have an annual capacity of 150,000 vehicles, which would mostly cater for Southeast Asia and Europe, the companies said in a joint statement.

The deal follows BYD’s partnership with local distributor Rever Automotive Co., which announced last month it will start selling BYD cars in several dealerships across Thailand by the end of this. WHA’s said the deal is its “most significant” in 20 years, with CEO Jareeporn Jarukornsakul adding the developer plans to launch phase two of the Rayong Estate in anticipation BYD’s presence will spur other EV investments. 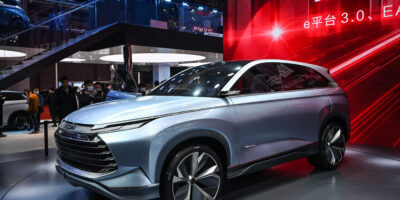 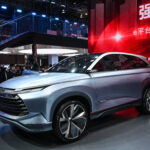 BYD is in fact among the latest companies to take advantage of the Thai government’s tax incentives, a key part of a plan to make Thailand — a longstanding auto manufacturing powerhouse — become the EV production hub of Southeast Asia. The government earlier this year allocated about 43 billion baht through 2025 to promote the use of EVs as part of the effort.

The Thai government wants electric vehicle production to reach about 700,000 by 2030, or 30% of total auto manufacturing. According to Reuters, BYD General Manager Asia-Pacific Sales Liu Xueliang told reporters the factory in Thailand, its latest among more than 30 others in the US, Brazil, and India, will produce the fully electric Atto 3, adding the company was also considering batteries and parts depending on demand.

BYD, in the last few years, has quickly become an EV giant in China, the world’s largest auto market. In the first eight months of this year alone, BYD said it sold more than 487,000 purely battery-powered passenger cars — more than triple the number sold during the same period last year. The company officially stopped production and sales of internal combustion engine vehicles in March 2022 and has been focusing on the development of battery electric vehicles (BEVs) and plug-in hybrid electric vehicles (PHEVs) .

In contrast, its rival, EV giant Tesla’s data shows that the company delivered 564,743 vehicles in the first six months of the year. In China, Tesla sold just 98,000 cars during Q2 2022, with cumulative sales during April and May fell by 49% YoY — lowest for the automaker since the CovidD-19-hit 2020.