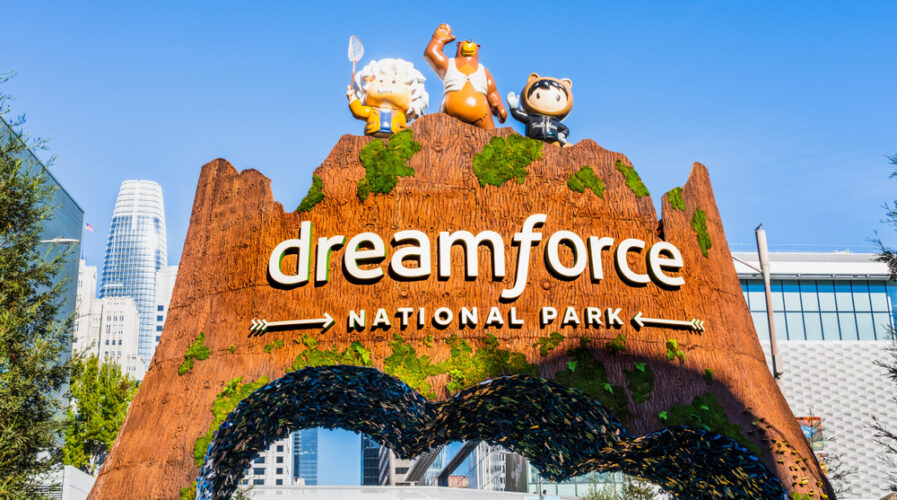 This year’s Dreamforce conference was the largest of its kind since the 2019 edition. Source: Shutterstock

Technology will be a critical driver to reach net zero goals by 2050, believe over 85% of managers in Singapore, according to a new Salesforce report. The city-state is a low-lying island, surrounded by rising sea levels, acute weather changes, and unpredictable climate impacts like increasing temperatures.

As one of the more advanced economies in Asia Pacific, Singapore has been aware of its environmental shortcomings as the effects of climate change become increasingly noticeable. Between 2008 and 2010, significant policy change took place with the release of the National Climate Change Strategy as part of the establishment of the National Climate Change Secretariat in 2010 under the Prime Minister’s Office.

As a business capital, organizations will play a crucial role in helping Singapore achieve its net zero emissions goals “by or around mid-century.” A big pillar of this carbon transformation will be the progressive raising of carbon tax levels beginning in 2024 – alerting businesses and individuals alike that carbon spending will be incrementally unwanted as time goes on.

At its first full-fledged Dreamforce conference since 2019, and at the same time as the release of its Trail to Net Zero for Singapore report, leading CRM provider Salesforce announced the launch of its Net Zero Marketplace, a unique carbon credit marketplace that allows organisations to transparently and directly purchase carbon credits from ecopreneurs, AKA sustainable technology startup entrepreneurs, in a seamless e-commerce experience by perusing a virtual catalogue of independently curated carbon credits. After starting in the US next month, the Net Zero Marketplace will expand internationally in 2023. 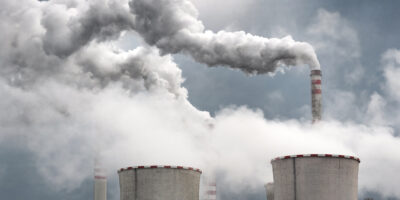 APAC LAGGING SUSTAINABILITY EFFORTS COMPARED TO REST OF THE WORLD

YouGov surveyed 1,000 managers of small and medium-sized enterprises (SMEs) in the Salesforce report, with the majority (81%) supporting Singapore in setting net zero emissions target for 2050. Despite strong awareness among Singaporean businesses, there has been a massive move toward mass digitization in recent years, and no industry is exempt. This has seen surging demand for data storage and computing power, prompting energy efficiency concerns and the expanding carbon footprint of tech products.

One of the clearest technological adoptions during this global digital transformation drive has been the overnight take-up of cloud computing services. Salesforce encourages the Singapore government to push the adoption of cloud, citing an Accenture study that cloud migrations helped to achieve a monumental 84% reduction in carbon emissions in contrast to legacy infrastructure like on-premises storage.

The report went on to highlight how important a role technology will play to shore up an unpredictable “climate crisis”, highlighting the development of environmental AI, such as for detecting the pollution of levels in Singapore’s water supply. A shared digital platform between the public and private sectors can help track emissions and predict emission patterns, ensuring “better decision making, and a single source of truth” for measuring emissions both within the SME and in its supply chain.

And as digital innovations continue to evolve while renewable energy remains a limited option for the country, Salesforce is encouraging the Singapore government to invest heavily in emerging low-carbon technologies such as Carbon Capture, Utilization and Sequestration (CCUS) and hydrogen. But research also highlights that while many workers are ready to embrace this change, most feel their organizations do not supply enough sustainability roles, tools, and training to effectively make a difference.

Speaking of digital transformations, one of the big talking points of Dreamforce 2022 was the release of Salesforce Genie, a hyperscale real-time data platform that will be the underlying architecture of the Salesforce Customer 360 ecosystem. Genie itself has the foundation of a data lake, capable of turning data into highly personalized customer experiences across a series of verticals including sales, service, marketing, and commerce – continuously adapting to changing data flows and ingestion needs in real time.

Alongside Genie and Customer 360, Dreamforce witnessed a slew of big-time partnership announcements with the likes of AWS, WhatsApp, McKinsey and Snowflake. Digital transformation and sustainability initiatives like the Salesforce research into Singapore were major conversation fodder this year, but the biggest talking point was Slack. Specifically, Slack canvas.

Slack saw major adoption gains in recent times as digital collaboration and communication platforms took off in the wake of imposed distances between colleagues. Slack canvas was built from the ashes  of shareable document software Quip, to more competitively take on leader Microsoft Teams and emergent players Zoom and Google Meet. Slack canvas will essentially be collaborative documents, or ‘canvasses’, with shared files, checklists, integrate with data from the Salesforce Sales Cloud so that Customer 360 data can be interacted with directly in Slack.