KPMG: Global fintech investments fall in first half of 2022

As the world moves back to its normal phase following its recovery from the pandemic, the fintech industry was initially predicted to be one of the fastest-growing sectors. This was because of the increased usage and adoption of fintech during the pandemic.

The Asia-Pacific region attracted US$41.8 billion, while the Americas attracted US$39.4 billion – of which the US accounted for US$34.9 billion, and the EMEA region attracted US$26.6 billion. In Singapore, the country’s fintech funding has hit a three-year high for first-half-year performance snagging a combined deal value of US$2.14 billion across venture capital (VC), private equity (PE), and mergers & acquisitions (M&A). 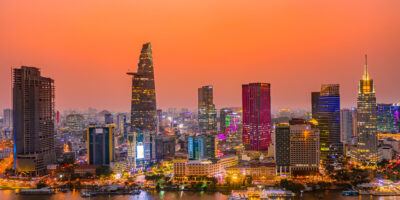 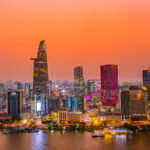 VIETNAM FINTECH MARKET TO REACH US$ 18 BILLION IN 2024

For Anton Ruddenklau, Global Head of Financial Services, Innovation and Fintech at KPMG International, 2021 was a banner year for the fintech market globally, which makes the first half of 2022 seem slow by comparison.

“But in reality, many sectors within the fintech market have shown strength and resilience. While the fintech market will likely be quite challenged in H2’22 due to global uncertainty and broader economic concerns, fintech will likely continue to attract significant attention and investment – if at lower levels than last year,” said Ruddenklau.

Looking specifically at areas of fintech, cryptocurrency funding in Singapore dipped by more than half its value from just US$539.1 million in H1’22. This comes as no surprise following the state of the global market after the initial record investments in 2021. Interestingly, the report stated that crypto attracted smaller deal sizes but a larger number of deals with a significant amount of startup funding. The crypto space also saw a small amount of consolidation with seven exit or merger deals.

Apart from crypto, Regtech also saw a drop in funding as investors chose to channel funds into payments – an area that has been demonstrating stable growth and developments, alongside more cross-border initiatives being forged. Hence, the cumulative deal value for payments in Singapore close to tripled from US$263 million in H2’21 to US$946.61 million in H1’22.

Singapore still has plenty to offer in fintech in 2022

In light of this, KPMG also launched Singapore’s first Embedded Finance Hub. The Hub will work with the Monetary Authority of Singapore (MAS) and the broader ecosystem to accelerate the adoption of embedded finance in Singapore. The Hub will also provide incubation support to over 120 non-financial enterprises and financial institutions looking to make inroads into financial areas such as payments, blockchain, lending, insurance, and wealth.

The Hub will match participants across the industry to guide and provide knowledge in the required specific areas of embedded finance. For example, co-creating digital assets to drive developments for payments, gamification of finance, decentralized finance, and platforms as well as to trial embedded finance innovations at this Hub.

“The next phase of the fintech disruption is moving beyond open banking to embedded finance. This unleashes new opportunities to create ecosystems for financial services to develop their as-a-service business and work with corporates to partner for new embedded finance initiatives; improving customer experience and creating a new source of revenue. These partnerships drive the uptake of financial services across all industries,” added Ruddenklau.

While the APAC region did see total fintech investment double in the first half of 2022 compared to the same period last year, more than half of this was contributed by the US$27.9 billion acquisition of Australia-based Afterpay by Block. In fact, global merger and acquisition activity was strong in the first half of the year, recording US$49.1 billion in deal value globally.

Other big merger and acquisition deals in APAC included the US$1 billion merger of Superhero and Swiftx in Australia and the US$2.1 billion buyout of Yayoi by KKR in Japan. VC investment was also spread throughout the region, including a US$690 million raise by Singapore-based Coda Payments, a US$300 million raise by Indonesia-based Xendit, and US$270 million and US$237 million raises by India-based fintech Stashfin and Oxyzo. In China, fintech investment remained soft in H1’22, with the largest fintech deal in the country a US$140 million raise by Fenbeitong.

From uncertainties to possibilities

As the report indicated, the first half of 2022 saw numerous challenges affecting the broader investment market, including geopolitical uncertainty, turbulence in the public markets, and rising inflation and interest rates. With no end in sight to many of these challenges, the fintech market could see activity slowing considerably – particularly compared to the major record highs seen in 2021.

“With valuations coming under pressure, fintech investors are going to enhance their focus on cash flow, revenue growth, and profitability – which could make it more difficult for some fintech to raise funds. M&A activity, however, could see an uptick as struggling fintech look to sell rather than holding a down round, corporate and PE investors move to take advantage of better pricing, and well-capitalized fintech look to take out the competition,” explained Ruddenklau.