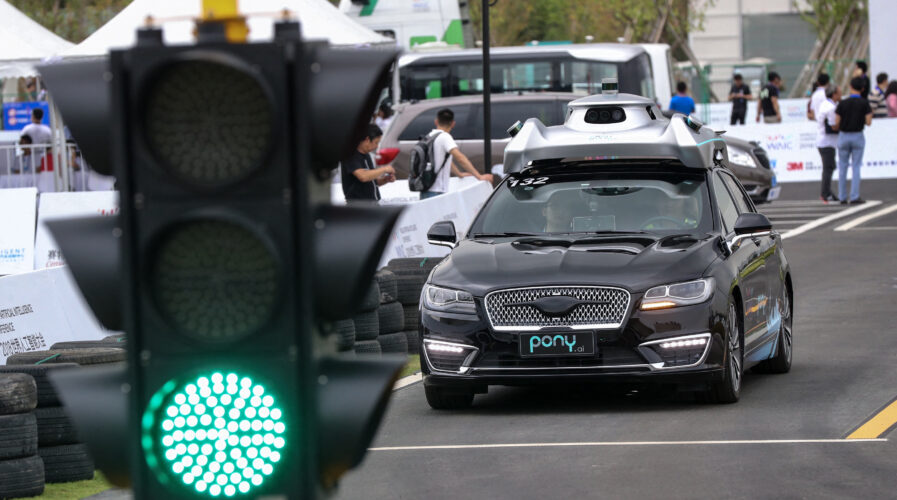 Toyota-backed Pony.ai is co-developing L4 robotaxis with SAIC. (Photo by AFP) / China OUT

Till date, there are more than a dozen cities in China that have approved commercial trials of autonomous vehicles, inclusive of taxis and urban buses, in designated areas and specific periods of time. Most recently, Shanghai opened its downtown roads for self-driving testing, as more parts of China pivots to driverless public transport. To complement the burgeoning industry, Guangzhou-based Pony.ai is planning to develop fully driverless electric robotaxis along with China’s largest auto manufacturer SAIC.

Pony.ai, a startup which has bases in both California and Guangzhou, has been working with state-owned SAIC’s AI Lab to jointly explore and advance driverless technology. In fact, together with SAIC AI Lab, Pony.ai has launched a concept vehicle based on the SAIC Marvel R model. Following that, the partnership will lead to a fleet of autonomous vehicles equipped with Pony.ai’s L4-level driverless solutions.

According to a statement by Pony.ai, the concept car is equipped with the latest generation of Pony.ai technology, which utilizes 17 integrated automotive-grade sensors to create a 360-degree visual range covering 200 meters, eliminating blind spots around the vehicle. The vehicle also features a new streamlined, compact design, including a new generation intelligent cockpit featuring a foldable steering wheel that provides a human-machine interaction experience that significantly advances automobile autonomy. 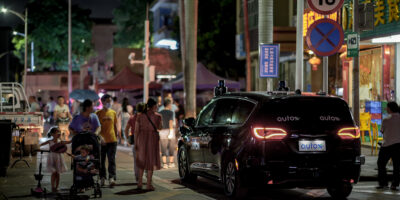 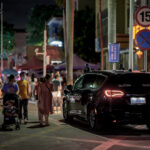 AUTOX: BEHIND THE COMPANY THAT GAVE BIRTH TO CHINA’S FIRST LEVEL 4 ROBOTAXIS

That said, both Pony.ai and SAIC will comprehensively collaborate on automotive chassis, intelligent cockpit, human-machine interface, remote assistance, and other intelligent driving technologies and jointly promote the implementation of Shanghai’s driverless policy. Ultimately, this mass-produced, purpose-built vehicle will accelerate the widespread commercial adoption of robotaxis and autonomous driving technology across multiple cities in China. 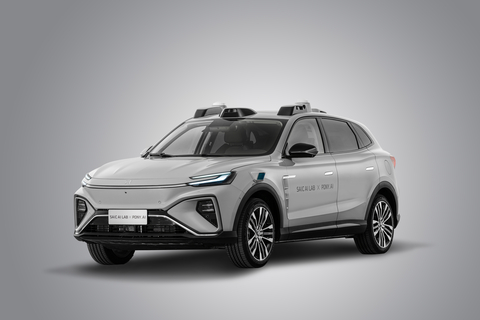 The SAIC Marvel R model will be equipped with the latest generation of Pony.ai’s autonomous driving technology.
Source: Business Wire.

For context, the “Shanghai Driverless Demo Zone,” is part of the National Intelligent Vehicle Pilot in Shanghai. It is a planned driverless demo zone that includes an area of 3.8 kilometers of semi-closed roads at the Shanghai Auto Expo Park. The first 1.2 kilometers have already been constructed and are in use, with the remaining 2.6 kilometers expected to be completed by the end of this year.

When it comes to the collaboration, SAIC AI Lab general manager Dang Xiang said that Pony.ai is a global leader in autonomous driving and SAIC AI Lab has mature technical strengths in driverless operation, vehicle development, and intelligent cockpit. The project for robotaxis has been affirmed by the market, he reckons. “It is believed that the cooperation between the two companies will accelerate commercialization progress, upgrade mobility services, and advance the establishment of intelligent urban transportation.”

In the near future, SAIC AI LAB said it will continue SAIC’s strategy of intelligent network connection and effectively create a new format of intelligent transportation. In parallel, Pony.ai is moving at an impressive pace to evolve its service programs involving robotaxis. To recall, Pony.ai established its Shanghai R&D center in July 2020, then in July 2021, the startup  launched its robotaxi services in Shanghai’s Jiading District, which covers the main urban sections of Jiading.

By November 2021, Pony.ai further expanded the scale of its PonyPilot+ service and fleet to the public in Shanghai. The collaboration with SAIC allows Pony.ai to increase its footprint in Shanghai and strengthen its leading position in Tier-1 cities in China. In August this year, search engine giant Baidu, secured a permit to operate China’s first-ever fully driverless licensed robotaxis, winning an early lead in the race to launch autonomous cars in the country.