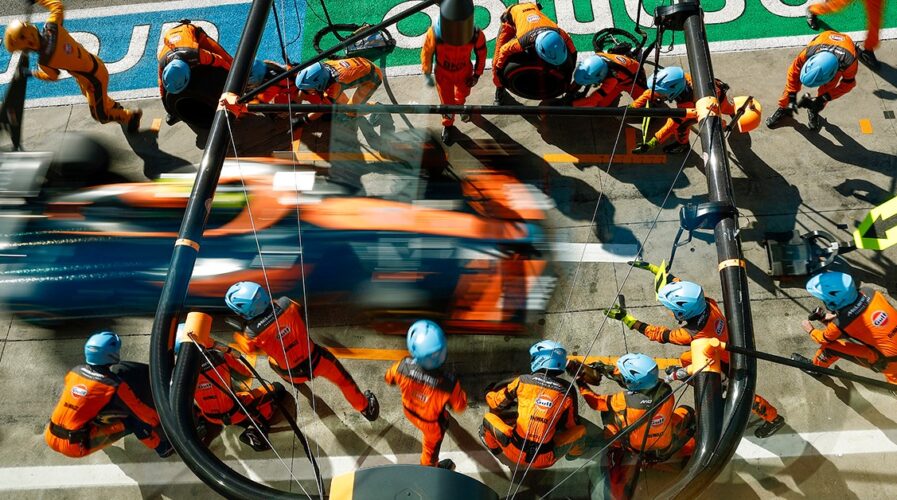 McLaren can now wholly embrace edge computing to transmit the sort of data performance that matches up to their high expectations on race weekend. Source: VMware Facebook

The 2022 Singapore Grand Prix is set to close out the premier motorsports schedule this weekend, and within the (literally) fast-paced, data-intensive world of Formula One, the team at British motor powerhouse McLaren Racing will be looking to securely deliver applications and data to trace crews and guests alike with VMware Workspace.

For McLaren, working fast and collecting loads of data points are nothing new as an elite racing unit, comprising not just the drivers but the hordes of technicians, engineers, mechanics, data scientists, as well as all the race-day entourage a top-level race crew tends to accrue at a major event like the Singapore Grand Prix, the curtain closing final race of the 2022 Formula One calendar.

Motorsports, unlike perhaps a lot of human-only sports, have been highly technical and technologically focused for decades. Performance gains and competitive advantage are measured in tiny fractions; such is the gap between the top teams. And thanks to VMware Workspace, McLaren can now wholly embrace edge computing to transmit the sort of data performance that matches up to their high expectations on race weekend.

VMware became an Official Partner of McLaren earlier this year, just before the 2022 French Grand Prix in July, and unlike a lot of sponsors who might receive brand visibility on the McLaren Formula 1 car and the race suits of drivers Daniel Ricciardo and Lando Norris, the multi-cloud services provider brings as much to the racetrack as it takes away – perhaps more so.

VMware technology powers McLaren with its SD-WAN (software-defined wireless area network), allowing the team to grasp bonded networks and use smart traffic shaping so that connectivity is guaranteed wherever the users are located – on the paddock, in the garage, and even on the track. 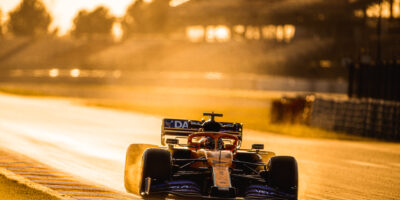 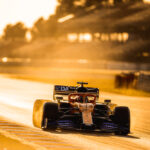 OFF TO THE RACES – TALISMAN STEERS DATA INTELLIGENCE TO HYPER-COMMERCIALIZE SPORTS, STARTING WITH FORMULA 1

Running highly advanced applications and crunching streams of data requires powerful support and data storage, and McLaren needs it live and in real-time for optimum performance. With apps in the public cloud, out of their own data centers, and even at the edge trackside, McLaren can tap into VMware’s Workspace multi-cloud architecture to get a better understanding of the data and optimize its use to peak efficiencies, all while maintaining a secure cloud footprint so that sensitive team data does not get exposed and is securely maintained for future analysis, as befits a race team on the cutting edge of its field.

Workspace is a ‘VMware Anywhere Workspace’ SaaS solution, meaning it can be deployed anywhere to the edge to deliver a seamless user experience to all stakeholders who need such accessibility and connectivity, integrating access control, application management and multi-platform endpoint management across all devices – including for guests who show up on race day, and need to be able to interact with the stats and analysis on their tablets and phones. 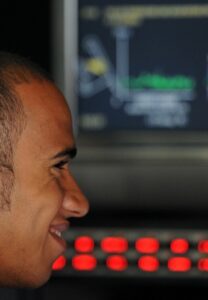 Former world champion Lewis Hamilton grins at McLaren team telemetry data in the pits in 2008. At the 2022 Singapore Grand Prix, diehard McLaren fans can see some of that data up close on their mobile devices. (Photo by MARK RALSTON / AFP)

With the applications and data streams delivered via Workspace, “you can look at the same weather charts the strategists look at. You can watch the race. You can look inside the garage and even see some of the telemetry coming from the cars,” said Ed Green, McLaren Racing’s head of commercial technology, while speaking at the VMware Explore conference last month.

Green demonstrated an instance at VMware Explore where a specialized tire technician accessed real-time information from trackside. “He’ll be analyzing all of the data coming from the car to predict what tire we should move to next,” Green said. “That’s critical in this modern era of Formula One racing.”

And guests can get to partake in that real-time info sharing too, heightening the intuitive interactivity with their favorite motorsport team. After all, “it’s no good saying we’re one of the most technically advanced sports on the planet when all you can do in our hospitality area is just look down on the garage,” Green pointed out.

VMware’s Workspace platform performance has been so critical for delivering and managing applications across multiple devices and form factors that McLaren is harnessing it for a new fleet of Android devices that McLaren provides to employees in the field.

“We put Android phones into people’s pockets, all running Workspace ONE, allowing us to deliver secure access right to the edge. So the engineers can look at trackside data on their phones in a secure way,” Green explained, but highlighted that VMware cloud security kept the devices safe. “If those devices leave the circuit, we know we can shut them down and keep them secure.” 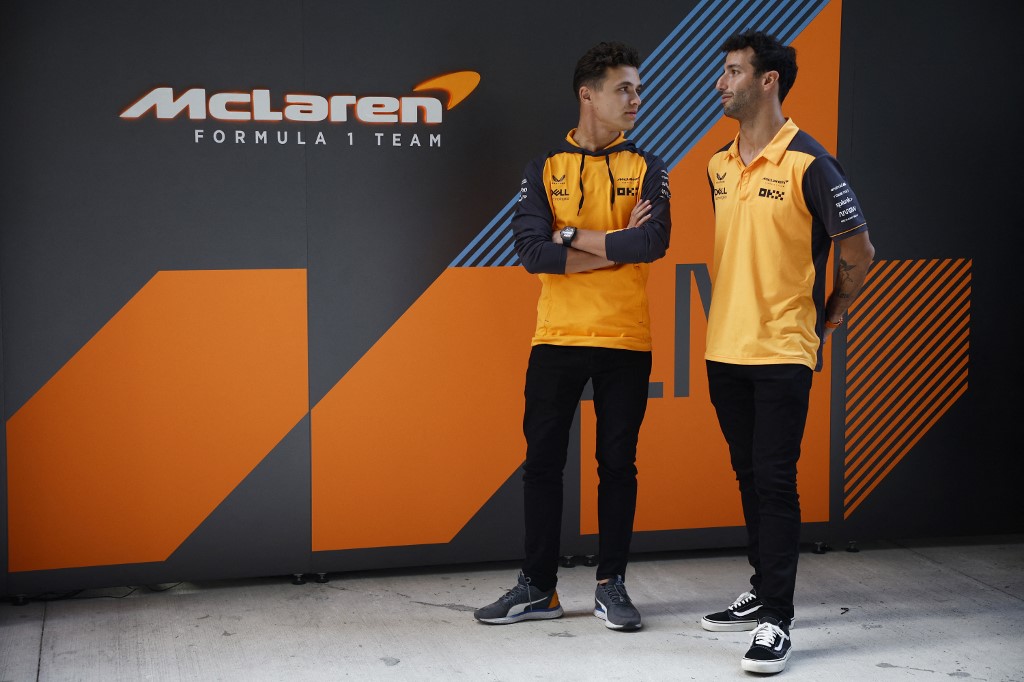 Ultimately, the powerful, speedy edge computing performance of VMware is what makes the difference – for a team like McLaren, the difference between pole position and losing. “Once these two cars make their way around the track – and Lando [Norris] and Daniel [Ricciardo] do it at 200 miles an hour – 300 sensors are producing a terabyte-and-a-half worth of information that we have to analyze to try and find the edge. And when I talk about edge, it’s milliseconds,” Green concluded.