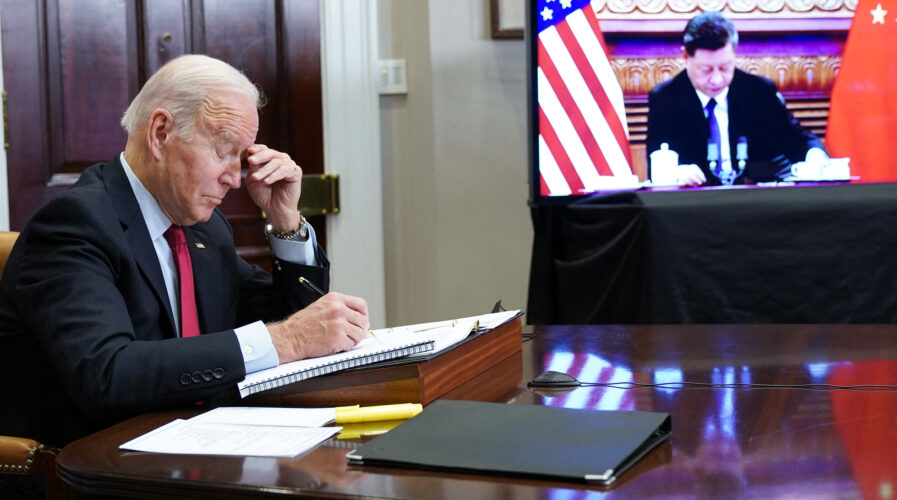 In August this year, China recorded its biggest monthly drop in chip output since the country began recording in 1997. Imports slumped 24.7% year-on-year (YoY) to 24.7 billion units, marking the second consecutive month of decline for the chip sector in the country. Unfortunately, the worst is not over, especially considering how the US has been actively  slowing China’s efforts to strengthen its semiconductor industry.

Latest data from the General Administration of Customs in China shows that between January to September this year, chip imports for the country shrank nearly 13%, reflecting how the biggest market for semiconductors is grappling with an escalating tech war with the US. The decline — the steepest in 2022 — echoes the 12.8% drop in the first eight months of this year.

In contrast, the first nine months of 2021 saw imports rise 23.7%. Separately, data from the National Bureau of Statistics released earlier this week shows that even domestic chip output plunged 16.4% in September to 26.1 billion units. In the first nine months of 2022, total output fell 10.8% to 245 billion units. Ironically, the value of chip imports till September this year increased by 1.5% YoY to US$316.9 billion, indicating that China is purchasing chips at higher prices.

Till date, China is the world’s largest importer of chips,  and the country has been trying to catch up technologically in advanced semiconductors. Their efforts however have been challenged, more so recently, with the increase of tightening of controls and bifurcation from the US which is trying to develop a separate semiconductor ecosystem. Even the volume of chip exports in China between January to September are impacted, dropping 10% YoY to 209.7 billion units, while their value concurrently increased by 7.3%.

To put into context how significant China is in the global semiconductor supply chains, the country manufactured 35% of the world’s semiconductors in 2019. Despite that, China remains a net semiconductor importer. In 2020, China imported chips with a total value of US$350 billion, a 14.6% increase from the previous year.

Truth be told, China’s “Made in China 2025” strategy that aims to vastly increase domestic semiconductor production has struggled to meet its targets, with the local chip making industry coming under increased scrutiny in recent months. Up till now, there is a big gap between chip consumption and chip manufacturing in China, suggesting that the country’s chip self-sufficiency rate is low.

In 2021, the size of China’s semiconductor market was about US$186.5 billion, of which only US$31.2 billion worth of chips were manufactured in China, both by foreign and domestic companies – reflecting a self-sufficiency rate of 16.7%. However, to reach the goal outlined by the “Made in China 2025” initiative, a self-sufficiency rate of 75% needs to be achieved by 2030. For now, the road to self-sufficiency for the chip industry in China is paved with countless sanctions and suspicions, so it might take the country longer than it anticipated.