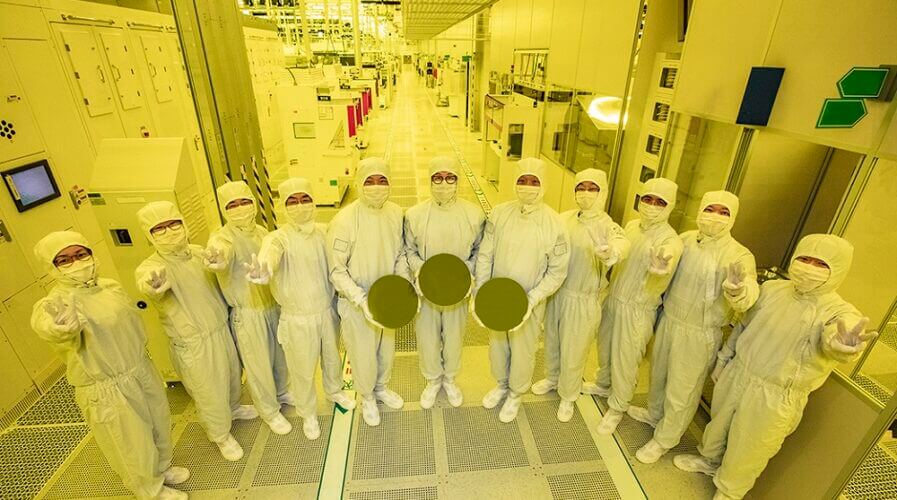 When Samsung Electronics Co announced that it kickstarted the 3-nanometer (nm) chip production in June this year, the company turned out to be the first chip player in the world to do so. Even Taiwan Semiconductor Manufacturing Co (TSMC) did not begin volume production of 3nm silicon until last month. Now to further intensify the chip race between both the two rivals, Samsung this week unveiled its targets when it comes to making the most advanced chips.

It was the first time the South Korean giant had detailed how its production road map would compare with that of TSMC. Basically, the plan entails Samsung’s contract chipmaking unit — Foundry — to start manufacturing chips on the 2-nm production process in 2025, followed by the 1.4-nanometer production process in 2027. The roadmap basically advances Samsung from its current 3-nm chip production that started around four months ago.

To put things into context, global chipmakers like Samsung, TSMC and Intel are battling to develop advanced chips to meet client demand. Smaller, more advanced chips are harder to make because they squeeze more transistors onto the same space. That said, the ability to mass produce them is essentially an indication of a manufacturer’s technological prowess.

The announcement by Samsung came just as its share declined in the global foundry market. The company’s share dropped to 13% in the second quarter from 15% in the first three months of the year, while TSMC expanded its share to 56% from 54% during the same period, according to Counterpoint Research. Frankly, TSMC and Samsung are the only two companies now with the finances and technological prowess to manufacture the world’s most sophisticated chips.

“The technology development goal [of bringing circuit widths] down to 1.4 nm and foundry platforms specialized for each application, together with stable supply through consistent investment, are all part of Samsung’s strategies to secure customers’ trust and support their success,” Samsung Foundry’’s head Choi Si-young said. The timeline by Samsung is actually similar to TSMC, which had said it would start mass production of 3-nm chips later this year and subsequently introduce other variations.

By 2025, TSMC will also move into the 2-nm process but beyond that time, no plans have been ironed out yet. Overall, Samsung is aggressively investing with hopes of shrinking the gap with TSMC. The South Korean company is even building a US$17 billion chips making plant for its foundry business in Taylor, Texas, and has floated the prospect of investing nearly US$200 billion in 11 new chipmaking plants in Texas over the next two decades.

TSMC on the other hand last year pledged to spend US$100 billion by 2024 on factory expansions. The chip race between Samsung and Intel too have been locked in a fierce battle  for many years — although the former still ranks as the world’s largest chip maker by revenue. A part of its aggressive five-year plan, Samsung also plans to further lure US chip buyers in the coming years with its advanced technology.

But it is fair to note that Samsung has actually had difficulties in meeting clients’ expectations for foundry yields in recent years. Analysts believe the company had pushed advanced technology too quickly to compete with TSMC, but had suffered from having less experience with the long-term client cooperation needed in contract manufacturing. Samsung even lost out to TSMC on an Nvidia Corp order to produce the RTX 40 series of graphics cards, which moved to a 4-nanometre process.

But it came out strong, and now aims to triple its capacity of leading-edge manufacturing by 2027. Samsung Foundry is also looking to triple its revenue by that year from the 2021 level, senior vice-president Moonsoo Kang said at a briefing on Monday. In order to get there, the business will need to make several technological leaps and further inroads in the US market for outsourced chips, including manufacturing in the US.