35 years after inventing flash memory, Kioxia is Ready for the Next

This year marks exactly 35 years since Kioxia, then still known as Toshiba Memory Corporation, first introduced NAND flash memory to the world. Kioxia’s new slogan, “Ready for the Next”, reflects the storage trailblazer’s commitment to innovation and its belief that the future of flash memory is bright.

In the last three and half decades since, NAND has left an irrevocable impression on the flash memory market, and Kioxia is carrying that proud heritage forward despite dropping the Toshiba name in 2019. The then-newly christened Kioxia Holdings Corporation (the name is a portmanteau of kioku, the Japanese word for memory, and axia, the Greek word for value) continued developing and selling Toshiba’s BiCS flash memory and solid-state drives (SSDs) for a brief bit. This separated the Kioxia flash memory and SSD units from the hard disk drive (HDD) unit which remained under the Toshiba product umbrella.

Today, Kioxia itself has gone the distance and is synonymous with flash storage, for consumers as well as for businesses. While competitors in storage-class memory (SCM), including Intel, are dropping out and moving away from the space, Kioxia is growing from strength to strength and is introducing new advancements into the field. 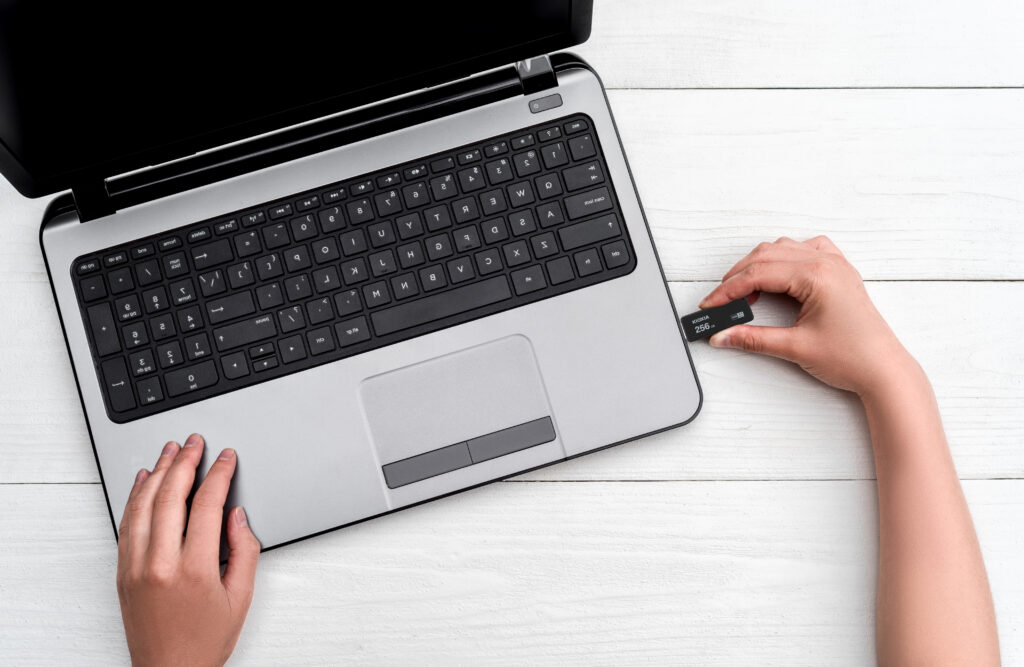 Just like how Kioxia’s personal storage device range, from portable SSDs and USB flash drives to microSD and SD memory cards, are rapidly gaining ground in gaming, photography, travel and in the workplace, Kioxia is also rapidly getting Ready for the Next – the next level of flash storage product enhancement, as global communities emerge from the stresses of the pandemic era, with new goals to accomplish. Moving on from its prior ‘Challenge Impossible’ message, Kioxia is now encouraging savvy and resourceful individuals from all walks of digital life to get Ready for the Next storage need they need to address – taken up gaming in your free time? The EXCERIA PRO NVMe™ SSD has the storage capacity and lightning-fast read-write speeds for high-intensity demands of today’s gaming. And it’s compatible with the Playstation 5, too.

The demands of remote or hybrid work teams are dynamic and constantly on the move. Kioxia portable SSDs and USB flash drives get distributed teams Ready for the Next collaborative project together, fulfilling storage needs effectively, wherever teams are located.

During the pandemic, any travel and outing plans had to be put on hold. Now, the great outdoors are back on again, and people are ready to make memories. And what better ways to preserve those memories than with “flash” memory? Reliable, resilient Kioxia Exceria and Kioxia Exceria PLUS microSD cards already feature the speed and largeish capacity within minute form factors.

But the Kioxia Exceria High Endurance memory card is built for up to 40,000 hours of Full HD video recording in the 256GB size, while the bigger 512GB can record up to approximately 17,000 hours of pristine 4K video – even on the go, as the High Endurance was designed with surveillance and dashboard cameras in mind. Providing a high-quality video capture experience so you never miss a road landmark, with BiCS FLASH™ 3D flash memory and stress-tested write-rewrite capabilities.

Keeping with Kioxia’s legacy of memory innovation, photographers of all walks are out there trying to crystalize memories for various purposes – work, recreation, to memorialize milestone moments like weddings, birthdays, and more. The Kioxia Exceria microSD card is built to make memories that last – just like Kioxia is well poised to lead the next 35 years of flash memory landmarks.

The expanding Kioxia lineup consistently maximizes both the high’s and low’s – high reliability and high density, coupled with low latency and low power usage. The aim is to deliver the Next generations of memory and storage solutions, forging a sustainable product development path to guarantee the long-term outlook for the flash memory market. Are you Ready For Next level high performance? Scope out the full range of Kioxia products immediately.