The US just escalated its semiconductor war on China. What happens now?(Source – Shutterstock)

The chip glut is here and semiconductor players are bracing themselves

Up till earlier this year, the biggest challenge facing the global semiconductor industry was shortages, mainly triggered by soaring demand during the pandemic. Global chip sales rose 26.2% in 2021, a significant jump from the projection of 6.3% made in late 2019 by the Semiconductor Industry Association (SIA). Top semiconductor players were announcing expansion plans and customers were stocking up.

Frankly, the semiconductor market enjoyed a massive run-up in orders during the pandemic, sending sales to new highs, triggering a global scramble to find enough supplies. A painful pullback wasn’t in store — not so soon at least. Unfortunately, chipmakers are now facing a rather familiar problem: growing inventory and shrinking demand.

Even South Korea’s semiconductor output fell for the first time in more than 4 years recently, a sign chipmakers are bracing for a slowdown in global demand. To be precise, semiconductor production slid 1.7% in August from a year earlier, a sharp reversal from the 17.3% gain reported in July, Statistics Korea data showed last week.

The first fall in output since January 2018 coincides with chip inventories soaring 67.3%, suggesting producers are adjusting to a deteriorating international outlook. Factory shipments also fell for a second consecutive month in August, dropping 20.4%, the statistics office said. Then there is Micron Technology, a leading US maker of memory semiconductors, that declared demand was falling off rapidly a few months ago and warned investors that revenue would not meet projections.

The company even forecast its fourth-quarter sales to be at the low end of, or below, its previous guidance as customers reduced their stockpiles of unused chips. This week, Micron actually reported a worse-than-expected fiscal fourth quarter, with revenue plunging 23% from last year. The company noted that a “sharp and sudden” drop in demand exceeded even its own expectations. To top it off, Micron also suggested that the current chip glut could get a lot worse. 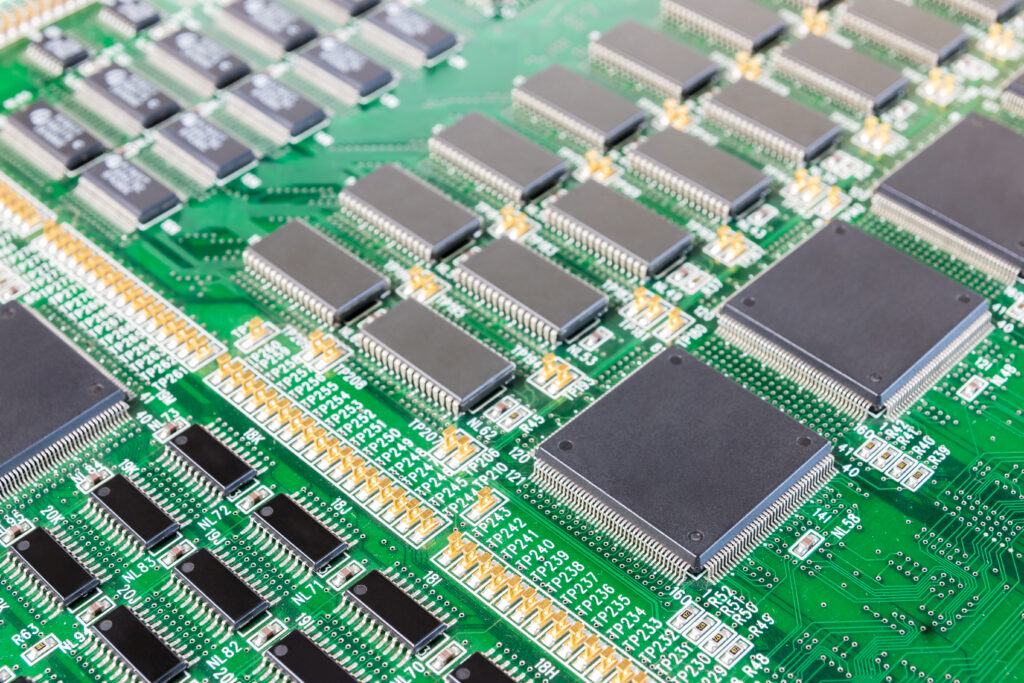 Micron Chief Financial Officer Mark Murphy told analysts on a conference call, “As we look ahead, macroeconomic uncertainty is high and visibility is low.” He even forecast the company’s inventories would continue to rise from their high levels in the first half of fiscal 2023. Micron Technology was the first major chipmaker to sound an alarm about falling demand for personal computers and smartphones earlier this year.

This week, it warned of even tougher times ahead and said it was cutting its investments. “We made significant reductions to capex and now expect fiscal 2023 capex to be around US$8 billion (RM37 billion), down more than 30% year over year,” Micron’s Chief Executive Sanjay Mehrotra said on the earnings call on Thursday.

As Bloomberg puts it, during the pandemic, global chipmakers rode high as the work-from-home trend fueled demand for computers and other consumer technology. This year, inflation and recession fears — plus a partial return to the office — have put a dampener on purchases. According to data compiled by Bloomberg, Micron is in for a difficult year.

It expects sales of around US$4.25 billion in its fiscal first quarter, which ends in November. That compares with an average analyst estimate of US$6 billion. “Yes, we have a challenging market environment, but we’re responding rapidly with actions,” Mehrotra said in an interview. “Fiscal 2023 is, of course, an unprecedented environment, but the long-term drivers are intact,” Bloomberg’s report noted.

Concurrently, even Japan’s Kioxia, which supplies much of the world’s NAND storage for smartphones and servers, announced today that it is reducing new production and will lower its overall output by 30% by December.On the other hand, dor South Korea, to restore the balance between supply and demand, rivals Samsung Electronics Co. and SK Hynix Inc. are also showing signs of dialing back production.

As Gartner puts it, although chip shortages are abating, the global semiconductor market is entering a period of weakness. “We are already seeing weakness in semiconductor end markets, especially those exposed to consumer spending. Rising inflation, taxes and interest rates, together with higher energy and fuel costs, are putting pressure on consumer disposable income. This is affecting spending on electronic products such as PCs and smartphones,” Practice VP  Richard Gordon said.

Overall, Gartner had reduced 2022 global semiconductor revenue from the previous quarter’s forecast by US$36.7 billion, to US$639.2 billion, as economic conditions are expected to worsen through the year.