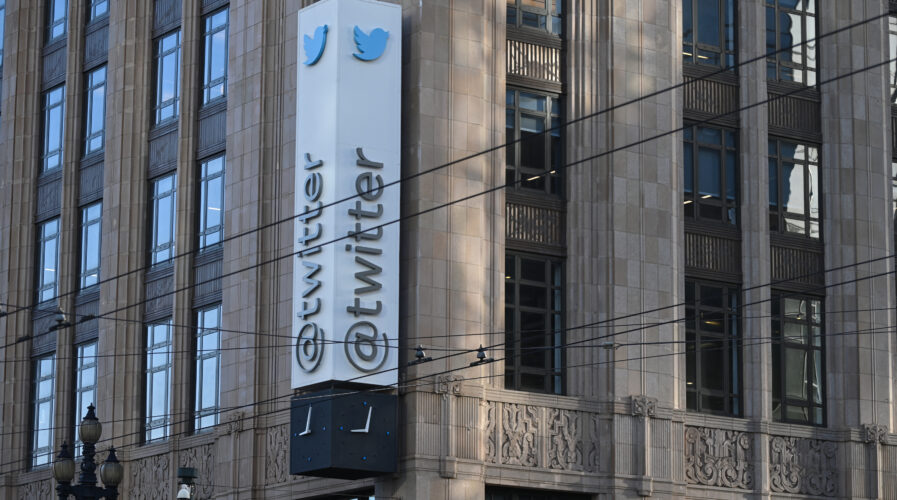 The Twitter Headquarters in San Francisco, California on November 4, 2022. – Half of Twitter’s 7,500 employees were laid off on November 4, an internal document showed, as new owner Elon Musk began a major revamp of the troubled company. “Roughly 50 percent of the workforce will be impacted,” said a questions and answer email seen by AFP that was sent to Twitter employees who lost their jobs following last week’s mammoth $44 billion takeover. (Photo by Samantha Laurey / AFP)

Tech layoffs: The hefty price of overgrowing during the pandemic

Tech companies around the world have led the way for the global economy over the past two years, lifting the market during the worst days of the Covid-19 pandemic. Then came this year, especially the third quarter onwards, where many of the largest firms started reporting financial results that suggested they were feeling the impact of global economic jitters, soaring inflation and rising interest rates. Basically, after years of money flowing like water and hiring sprees, the tech industry decided to tighten its belt, and since then companies have been announcing an alarming number of layoffs.

In the last few weeks alone, coming off a period of outsized growth, spurred on by the pandemic, several big-name technology companies have announced staff cuts or hiring freezes. Take Stripe for instance, the financial services and software company that’s one of Silicon Valley’s most prominent and valuable startups, announced last Thursday it was laying off 14% of its workforce.

What was more bold of them was when founders Patrick Collison and John Collison took full responsibility in their memo, detailing the company’s “very consequential mistakes” that led to layoffs. Namely, it was far too optimistic about growth and failed to rein in costs as it grew quickly.

Shifting from over-hiring to layoffs

Frankly, the founders’ candor about the strategic errors in a public memo is unique, but the mistakes themselves are not. Essentially, the errors Stripe made are the same as many other tech companies. “We over-hired for the world we’re in,” the founders wrote. As a result, Stripe is cutting 1,000 workers, about 14% of staff, bringing its headcount back down to 7,000, where it was at in February 2022. 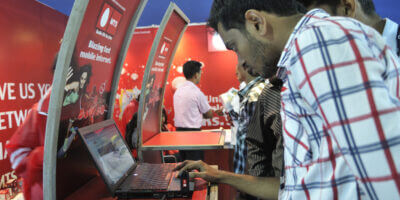 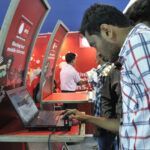 IS THE TECH INDUSTRY REALLY HEADED INTO RECESSION?

The situation is the same with e-commerce company Shopify which had begun expanding its workforce in 2020 after the growth in online shopping during the pandemic. Then came July this year, and the company were left with no choice but to lay off 10% of its workforce, citing that it is a necessary move as users are pulling back on online orders and returning to old shopping habits. Even layoffs at Klarna, Peleton, and Carvana were similarly blamed on over-hiring, particularly for recruiting roles that no longer make sense.

On the same day Stripe announced layoffs, Lyft also said it will lay off 13% of its employees, or nearly 700 people, as it rethinks staffing amid rising inflation and fears of a looming recession. “We know today will be hard,” Lyft founders Logan Green and John Zimmer wrote in an employee memo obtained by CNN. “We’re facing a probable recession sometime in the next year and rideshare insurance costs are going up.”

In a filing announcing the layoffs, Lyft said it would likely incur US$27 to US$32 million in restructuring charges. “We are not immune to the realities of inflation and a slowing economy,” Lyft’s founders wrote in the memo to staffers. Shares of the car-share company are down nearly 70% so far this year. One day later, social media giant Twitter, announced massive layoffs, noting that offices would be locked and badge access suspended as new CEO Elon Musk cuts about half of its 7,500-person workforce.

“In an effort to place Twitter on a healthy path, we will go through the difficult process of reducing our global workforce on Friday,” read the company’s Nov. 3 email to all employees. By then, Musk had already terminated many in Twitter’s senior ranks, including its former CEO. The situation in Twitter is almost the same as Meta, the parent company of Facebook, who is also planning a large-scale of layoffs after announcing a lesser-than-stellar third-quarter earnings.

The layoffs in Meta are expected to take place this week, with plans on cutting thousands of jobs from its workforce of 87,000. The announcement, anticipated as soon as today, has been hinted by CEO Mark Zuckerberg, but it wasn’t supposed to take place until 2023. Zuckerberg claims that it “is a period that demands more intensity” and that he expects the company “to get more done with fewer resources.” 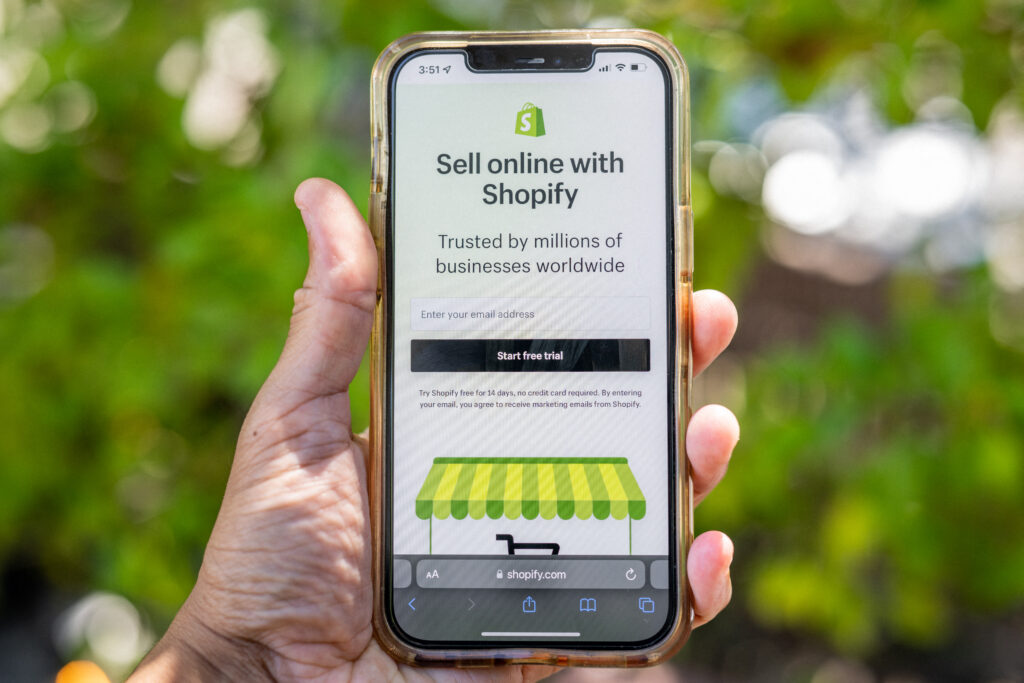 HOUSTON, TEXAS – In this photo illustration, the Shopify app is displayed on a smartphone on July 26, 2022 in Houston, Texas. Tobi Lutke, the CEO of the Canadian e-commerce company, announced that it will lay off approximately 10 percent of its global staff after overestimating how long the COVID-19 pandemic’s shopping surge would continue. (Photo illustration by Brandon Bell/Getty Images) (Photo by Brandon Bell / GETTY IMAGES NORTH AMERICA / Getty Images via AFP)

From labor hoarding to hiring freeze

While layoffs are happening at a rather rapid pace, a growing number of tech companies have also started to put the brakes on hiring. Amazon for instance has not announced any firings just yet,  but it has frozen corporate hiring in its retail business for the rest of the year. This was reported by The New York Times citing an internal company announcement. The announcement, which came in an email to recruiters, said that the company was halting hiring for all corporate roles in its stores business.

Amazon’s stores business covers its physical and online retail business as well as its logistics operations. Before the freeze, more than 10,000 openings were posted in that division, according to NYT. “We anticipate keeping this pause in place for the next few months, and will continue to monitor what we’re seeing in the economy and the business to adjust as we think makes sense,” Beth Galetti, senior vice president of people experience and technology at Amazon wrote in the note to employees.

Even the iPhone maker, Apple,  has reportedly instituted a hiring freeze of its own in all areas except research and development. In a statement, Apple said that it will continue to hire and is confident in its future, “but given the current economic environment we’re taking a very deliberate approach in some parts of the business.” The tech giant is in fact also worried about slower growth during the holiday season, higher interest rates and waning consumer spending. This is considering the Covid lockdowns in China that are also hurting production of the iPhone 14.