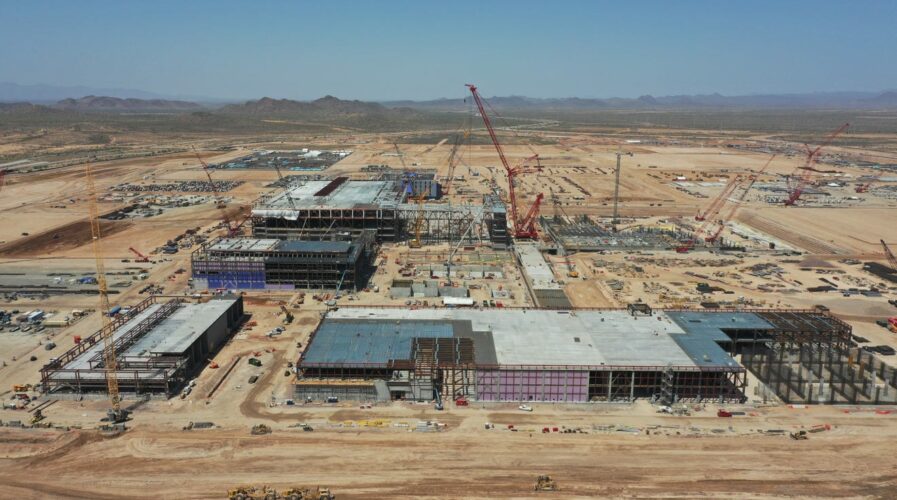 Taiwan Semiconductor Manufacturing Co (TSMC), the world’s largest contract chip maker, confirms that it is preparing another multibillion-dollar factory investment in Arizona, to expand production in the United States (US). They plan to build a cutting-edge semiconductor plant north of Phoenix, near another chip factory that the company began work on in 2021.

The new facility by TSMC would produce chips with advanced 3-nanometre technology, but the plans are not finalized yet, said the company’s founder Morris Chang. The company, Apple Inc’s largest supplier, is constructing a US$12 billion plant in Arizona, set to complete by 2024.

Last year TSMC shared plans to build in Arizona, potentially a more advanced plant that could make chips with 3nm technology. The current Arizona facility will be making less efficient 5-nanometer chips when it begins production.

Speaking to reporters in Taipei after the APEC summit in Thailand, Chang said the 3nm plant would be located at the same Arizona site as the 5nm plant but reiterated that nothing is finalized. Either way, the Taiwanese chip giant plans to launch phase two of its Arizona factory on December 6 this year, with work on the new facility to begin in two weeks’ time.

In a statement to The Wall Street Journal last week, TSMC confirmed that it’s constructing a building to serve as a second fab at its site in Arizona. The chip giant is also considering adding more advanced chip capacity there, though it hasn’t made a final decision, the statement said.

The move by TSMC came as the US is allocating about US$39 billion for chip-making grants, starting next year. This is on top of tax breaks on semiconductor-manufacturing equipment. Further, the US and its allies have grown concerned about the concentration of advanced chip making in TSMC’s homeland of Taiwan, a self-governing island that Beijing claims as part of its territory.

TSMC has built its most advanced facilities at home but also has explored production in other regions, partly in response to incentives. European countries are putting incentives in place to double the continent’s share of global production to 20% by 2030. In 2021 TSMC said it is considering building its first European semiconductor plant in Germany as the global race to onshore chip production heats up.

Although the cost of making chips outside Taiwan might be at least 50% higher, that won’t prevent the company from moving more of its production to the US, Chang said, adding “this is very important for the US and very much needed.” Although most of its production remains in Taiwan, TSMC has started to diversify over the past year or so to help meet demand in countries seeking to bolster semiconductor production.

The company is also building a US$7 billion plant in Japan. Since TSMC is expected to continue to be Apple’s sole chip supplier for the forseeable future, the company will move production out of Asia to rely on chips made in the US, according to Chief Executive Officer Tim Cook.

Given the growing risk to Taiwan from China, this is unsurprising, but the timescale of these plans is unknown. “We’ve already made a decision to be buying out of a plant in Arizona, and this plant in Arizona starts up in ’24, so we’ve got about two years ahead of us on that one, maybe a little less,” Cook told the employees. “And in Europe, I’m sure that we will also source from Europe as those plans become more apparent,” he said in reference to TSMC’s expansion plans, according to Bloomberg.