“Globalization is almost dead. Free trade is almost dead,” those were the words of the founder of the Taiwan Semiconductor Manufacturing Co (TSMC), Morris Chang, at the opening ceremony of the company’s plant in Arizona two weeks ago. He sounded alarmed — “I really don’t think they will be back for a while.” A week later, the CEO of TSMC, CC Wei, urged politicians to come up with an alternative solution, instead of excessive government export controls.

What Chang was actually emphasizing is that geopolitics have drastically changed the situation facing semiconductor makers over the years. For context, the ceremony at Arizona was for TSMC’s first advanced chip plant in the US in more than two decades, and to Chang, a lot of “hard work” remained to make it a success. He compared the current US$40 billion project to when TSMC built its first plant in the US in Camas, Washington, in 1995, eight years after the world’s biggest contract chipmaker was founded.

He made those comments in the presence of the US President Joe Biden and amid growing fears that tensions between the US and China over chips are splitting the global tech supply chain into two camps. The bottom line is that Washington’s crackdown on Beijing’s chip ambitions, seen most recently in new restrictions rolled out in October, have made it increasingly difficult for companies like TSMC to serve clients in China. 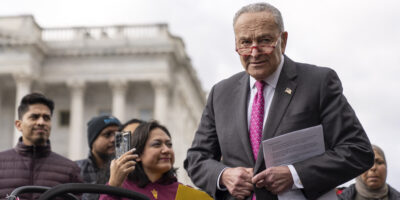 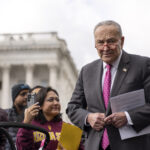 For Washington, it is national security concerns and supply issues for wanting to bring vital semiconductor production back to its shores. Even many industry executives agree that the era of globalization is retreating, and that sourcing locally is now a top priority. In retrospect, the CEO of TSMC still believes that export controls and banning products from other foreign countries destroy productivity and efficiency gained under globalization.

“Or at least they reduce benefits offered by a free market,” he said on Saturday, according to Bloomberg. “But the scariest thing is that mutual trust and cooperation among countries is beginning to weaken,” he added, saying that a distorted market leads to higher costs as he urged politicians to come up with an alternative solution.

In fact, just last week, the US blacklisted more Chinese companies, escalating trade tensions. It included dozens of Chinese technology companies on its so-called Entity List, including YTMC, China’s top flash memory maker. The move is making it almost impossible for Chinese players to procure critical foreign components and ratcheting up a trade conflict between the world’s two largest economies.

The move was a follow up to the Biden administration’s implementation of tough export controls two months ago to prevent China from buying or making leading-edge semiconductors. That move was meant to cripple the Asian nation from leapfrogging the US in areas such as artificial intelligence and supercomputing. It is said that key US allies, including the Netherlands and Japan, are planning to adopt at least some of the new US rules as well.

For China, the export curbs have added pressure to develop a homegrown chip making industry. The country has poured tens of billions of dollars into its domestic capabilities, but with mixed results. Chinese officials are now readying a 1 trillion yuan (US$144 billion) package to subsidize local chipmakers’ purchase from the nation’s equipment firms. It remains to see how that will push their local semiconductor industry higher.