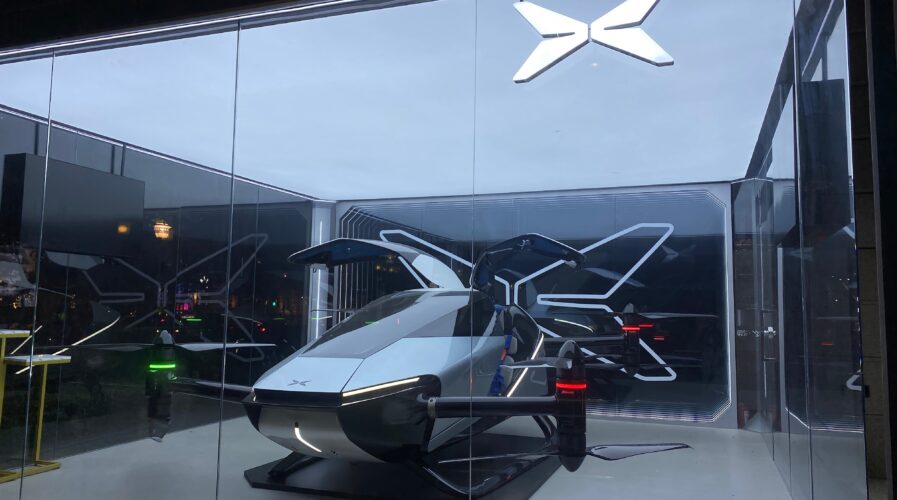 The imagination of a flying car becoming a reality has captivated people for decades. From science fiction novels to futuristic movies, the idea of soaring above the traffic and congestion of city streets has always been a tempting prospect. But is it really possible? The Chinese startup Xpeng Aeroht just recently demonstrated its flying car.

In recent months, China’s Xpeng Aeroht has conducted two of its aircraft’s first public flights. Another followed the 90-second exercise on Dubai’s renowned Palm Jumeirah Island in October in Guangzhou, China – landmarks for the startup financed by electric-vehicle maker Xpeng Inc. He Xiaopeng, the billionaire founder of the EV company, and other backers are betting that they can navigate regulatory obstacles and take a piece of the US$ 1 trillion market that can revolutionize how people move around. 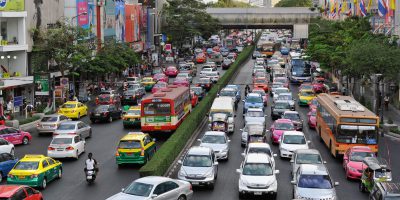 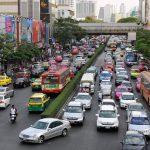 THAILAND LEADS THE SOUTHEAST ASIAN EV MARKET WITH A 60% SHARE

“The flying car is approaching reality and we think it was the right time to chip in,” Brian Gu, Xpeng’s president, said on the sidelines of the Dubai event, called GITEX. “The industry has produced a lot of technical breakthroughs, from weight reduction to obstacle avoidance and electrification.”

Bloomberg reported that Aeroht stood out for the prototype that was flown in Guangzhou. While many eVTOLs, or electric vertical take-off and landing aircraft, lack wheels and cannot be driven on the ground, the sixth-generation model from the Chinese company is an actual automobile that can also be driven on the road.

The vehicle is made to be driven on the road more than 90% of the time – only taking to the air when there are obstructions or traffic jams. According to founder Zhao, the car, with four electric engines and eight propellers, may enter mass production in 2025.

He estimates it will cost about US$ 140,000, less than the US$ 1.3 million Joby’s vehicle. That’s because Aeroht has access to Xpeng’s extensive network of suppliers throughout China, he claimed.

Of course, the technology hasn’t reached its full potential yet. The ability to store more energy per unit of mass in batteries will determine many things. As flying cars require more power and are more sensitive to loads, lighter and more powerful batteries than those used in EVs are essential. Currently, prototypes made by Aeroht use lab batteries from domestic suppliers.

Xpeng Aeroht isn’t the only one flying

The technology for flying cars is much closer than many people realize. Several companies worldwide are actively working on prototypes and have even achieved successful test flights. It isn’t just Xpeng Aeroht.

Japanese flying car startup SkyDrive is expediting the development of its electric vertical take-off and landing (eVTOL) aircraft with the US$ 67 million it just funded, with an eye on a maiden commercial flight by the 2025 World Expo in Osaka. 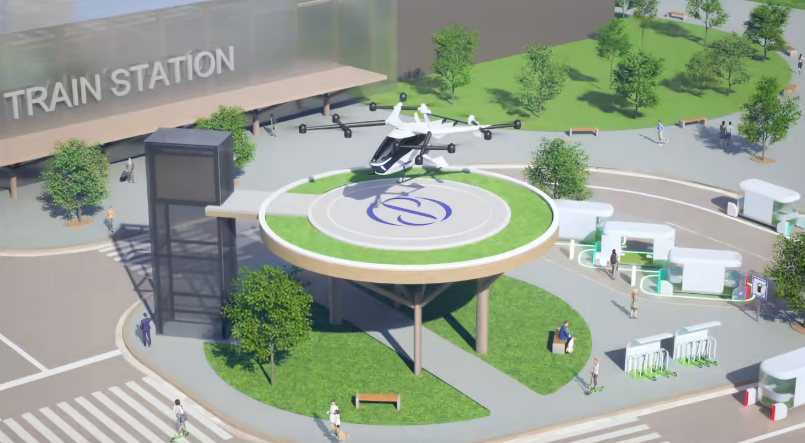 Tokyo-based startup SkyDrive is hoping to be able to take participants at the 2025 World Expo in Osaka on trial flights in its flying car. (Source – Nikkei)

If SkyDrive is a hit at the World Expo in Osaka, it will go global and try to make money in India by March 2027. The company expects potential in India because of the country’s well-known traffic jams in major cities.

In addition to SkyDrive, the company Alef Aeronautics, backed by a Tesla investor, promises to start delivering its US$ 300,000 flying car to customers by 2025. According to reports, this vehicle can vertically launch into the air and go up to 110 miles in a helicopter-like flight on a single charge.

People may also be able to fly over the skies of various cities in the United States by 2023 with Zapata’s JetRacer flying car. In the same way people rent jet skis and all-terrain vehicles (ATVs) for enjoyment, the company wants to make their vehicles accessible for rental to the general public.

As the technology for flying cars continues to advance, safety is a significant concern that must be addressed. While the idea of soaring above the traffic and congestion of city streets is exciting, it is vital to ensure that flying cars are as safe as possible before they become widely available.

There are several factors to consider regarding the safety of flying cars. For example, there is the risk of mechanical failure or collision while in flight. There are also questions about air traffic control and the potential for mid-air collisions with other flying cars or aircraft.

To address these concerns, it is essential for companies developing flying cars to prioritize safety in their designs and to conduct extensive testing to ensure that their vehicles are as safe as possible. It may also be necessary for governments to develop regulations and oversight to ensure the safety of flying cars once they become more widely available.

There was once a project to build flying cars, but there were several issues. In 2019, the Malaysian Industry-Government Group for High Technology, a public-private partnership, invested RM20 million into the project’s developer Aerodyne Ventures Sdn Bhd (AVSB). The Public Accounts Committee (PAC) of Parliament discovered that the project’s announcement of a flying car was made without adequate planning and without informing the Malaysian Cabinet.

According to PAC, the flying car prototype would be built in Japan because that country has the necessary infrastructure and ecosystem. However, Datuk Seri Mohd Redzuan Yusof, Minister of Entrepreneur Development, stated that AVSB would build the project using local technology.

The PAC further observed that there were no rules governing the use and surveillance of flying cars in Malaysia. Ultimately, the goal is to make flying cars as safe as possible to be a viable transportation option for everyone.

Hopefully, that is the case for Xpeng Aeroht’s flying car. Time will tell.