When Huawei Technologies Co, once China’s biggest smartphone vendor, along with its chip design arm HiSilicon were added into the US’ trade blacklist, known as the Entity List, in 2019, the company saw a US$12 billion shortfall in its revenue within the same year. The company struggled with supply continuity while having to increase its R&D tremendously. Its smartphone business started deteriorating and three years later, the situation appears to be worsening for the Chinese tech giant.

At the point when the sanctions were just implemented, research firms like Haitong and Canalys indicated that Huawei had been stockpiling critical US components for almost a year. Even HiSilicon said it had a backup plan to ensure the group’s survival. Three years since Huawei has been added into the trade sanctions and recently Huawei had depleted the entire inventory of its smartphone chipsets from HiSilicon.

In a report by Hong Kong-based firm Counterpoint Research, it is highlighted that HiSilicon’s share in the global smartphone market had finally reached zero in the third quarter of this year, after declining to 0.4% in the second quarter from 3% the same period last year. Basically the Counterpoint data reflects the effectiveness of the US restriction that has expanded over the years from was first enacted in May 2019. 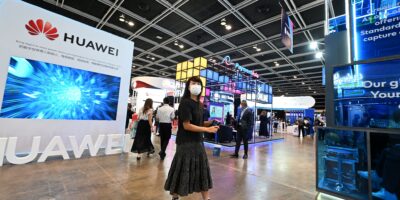 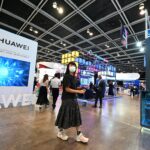 Prior to the tightened US sanctions, HiSilicon accounted for 16% of the global chipset market share (as of the second quarter of 2020), according to Counterpoint data, on the back of its shipments of advanced Kirin chips used on Huawei’s smartphones. HiSilicon also dropped out of the rankings of the world’s top 25 semiconductor vendors because of the stifling US trade restrictions, which also reduced China’s overall share in the global chip market, according to a report published in April by research firm Gartner.

How did the US drag Huawei down?

To recall, it started with the Trump administration that placed the firm, along with its chip division HiSilicon and 113 other subsidiaries, on the US Department of Commerce’s so-called Entity List on the grounds of national security concerns. The move prevented the company and its affiliates from obtaining American-made components, software, and other technology from US organizations, unless it received a special license.

To put it simply, should Huawei intend to buy chips from US firms like Intel or Qualcomm or purchase chip-making equipment from US-based firms like KLA or Applied Materials, there would be red tapes for their requests to be approved. Following the move in mid 2019, the Trump administration expanded restrictions on Huawei by blocking the company from acquiring semiconductors that were manufactured overseas using US software or hardware — unless it received permission from the US.

The move was a major step in curtailing Huawei’s silicon efforts because it meant the firm likely couldn’t turn to a contract chip manufacturer like TSMC to fabricate its designs if the foundry was using any US equipment or design tools. As anticipated, a few months later, chip giant TSMC announced that it would no longer manufacture chips for Huawei due to the US rules.

Therefore Huawei is where it is today: out of advanced chips from its HiSilicon division and are only left with 4G chipsets from US firm Qualcomm, obtained through a special license, for its latest flagship smartphones. For a while, the company bought time by stockpiling components to delay its fate, but as Counterpoint’s report shows, the depletion of the advanced chipsets designed by HiSilicon was an inevitability.

“Based on our checks and sell-thru data, Huawei has finished the inventory for the Hisilicon chipsets. It is also not possible for the brand to obtain newer chipsets from TSMC, Samsung, etc. because of the trade ban,” Counterpoint said. As for the market for smartphone system-on-a-chip shipments, in the third quarter, it was led by MediaTek, Qualcomm and Apple.

Frankly, Huawei has seen its market share in the last three years falling in its home market but as of the third quarter, the company remained out of the top-five vendor rankings in China, data from tech market research firm Canalys shows. Once a 5G champion both in China and globally, Huawei since 2020 have not been able to offer 5G in its latest phones.

Now, there are talks that the tech giant may finally relaunch 5G smartphones as soon as next year. Before being added into the Entity List, Huawei used to produce Kirin chipsets designed by HiSilicon and manufactured by leading chipmaker TSMC. But now, the company may be reworking on its phones to use less advanced chips made by Chinese companies that will enable 5G.

This may just be the biggest challenge Huawei is dealing with right now and its quest to overcome the US restrictions will determine if the Chinese telecom giant reclaim its position as the world’s biggest smartphone vendor.