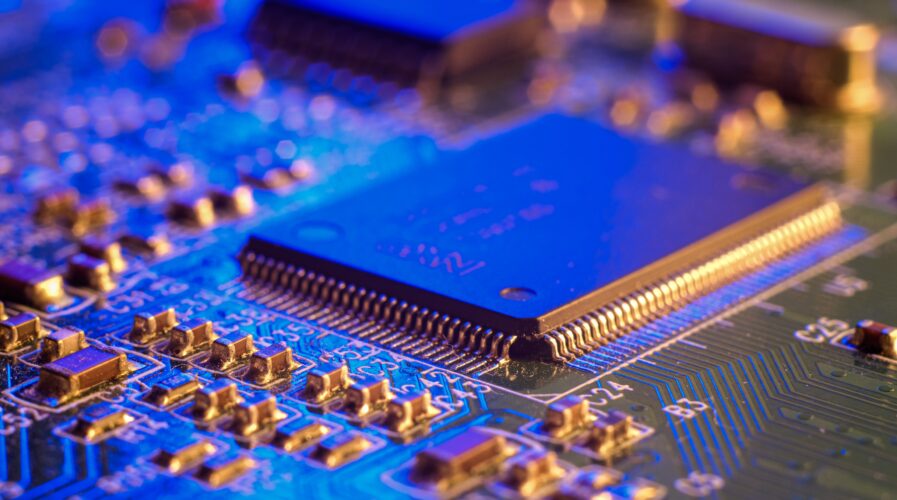 Part 1: How will 2023 play out for some of the top semiconductor companies in the world?(Source – Shutterstock)

Part 1: How will 2023 play out for some of the top semiconductor companies in the world?

Recently, Tech Wire Asia compiled some forecasts on the global semiconductor industry. It’s predicted that in 2023 the sector will experience its first contraction in four years. Even though the industry is still poised for a decade of growth and projected to become a trillion-dollar industry by 2030, according to industry experts the short-term outlook has worsened.

The drag is an oversupply, worsened by the deteriorating economic situation. The economic outlook is having an especially negative impact on production of smartphones, PC and consumer electronics, meaning the DRAM market will be oversupplied for the rest of 2022, into the first three quarters of 2023.

Gartner Inc analysts foresee DRAM revenue to decrease by 2.6% and reach US$90.5 billion this year and further decline by 18% in 2023, to total US$74.2 billion. Even the memory market is witnessing faltering demand, swollen inventories and customers pressing for considerably lower prices. As a result, the memory segment is forecast to decline 16.2% in revenue in 2023.

But how will it be for semiconductor players within the segments previously mentioned? Let’s have a look. 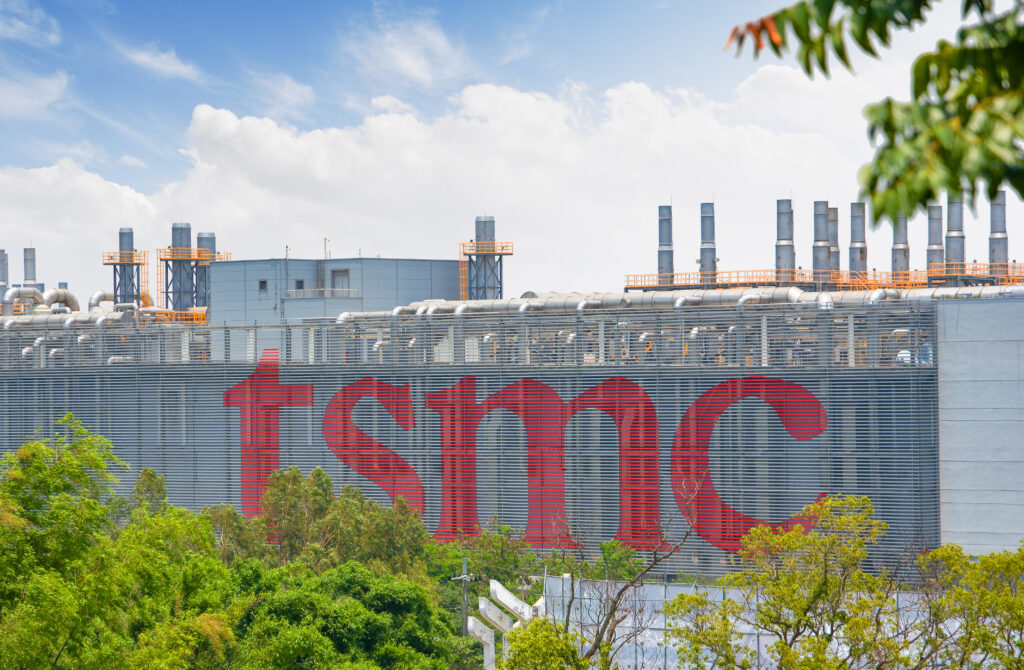 TSMC also expects a smooth ramp for its latest, most advanced 3nm technology in 2023.
(Source – Shutterstock)

As TSMC CEO C.C.Wei described during the company’s Q3 earnings call, the Taiwanese giant still sees 2023 as a growth year, impacted mainly by cyclical rather than structural challenges. The chip giant also noted that supply chain inventory had peaked in the third quarter of this year and would affect fab utilization rates in first-half 2023.

Weakness in the smartphone and PC markets will also impact N7 and N6 utilizations. TSMC segregates their leading-edge manufacturing nodes into three product “families”: 7nm, 5nm and the upcoming 3nm manufacturing node. N7 is basically the 7nm process in full volume production without EUV. N7+ is the second-generation 7nm process using some EUV layers, also in full volume production. N6 is a shrink of N7+ giving more performance and an 18% logic density gain.

That being said, the foundry expects supply chain inventory to return to a healthier level in the second half of 2023, driving up N7, N6 demands again. As of third-quarter 2022, TSMC’s 7nm family contributes 26% of TSMC revenues, while smartphones and HPC respectively contribute to 41% and 39% of TSMC’s revenues.

Overall, for 2023, TSMC also expects a smooth ramp for its latest, most advanced 3nm technology, which already entered volume production in the third quarter. N3 is expected to be fully utilized in 2023 and contribute a mid-single-digit percentage of TSMC’s wafer revenue in 2023. Meanwhile, N3E volume production is scheduled for the second half of 2023.

Intel and its attempt to regain the semiconductor crown in 2023.

US chip maker, Intel Corp, has been lagging the broader market for more than 20 years, hurt by the rise of nimble competitors, manufacturing delays and the fact that the company, once the world’s largest semiconductor company, missed out on some of the biggest changes in technology of the past couple of decades. 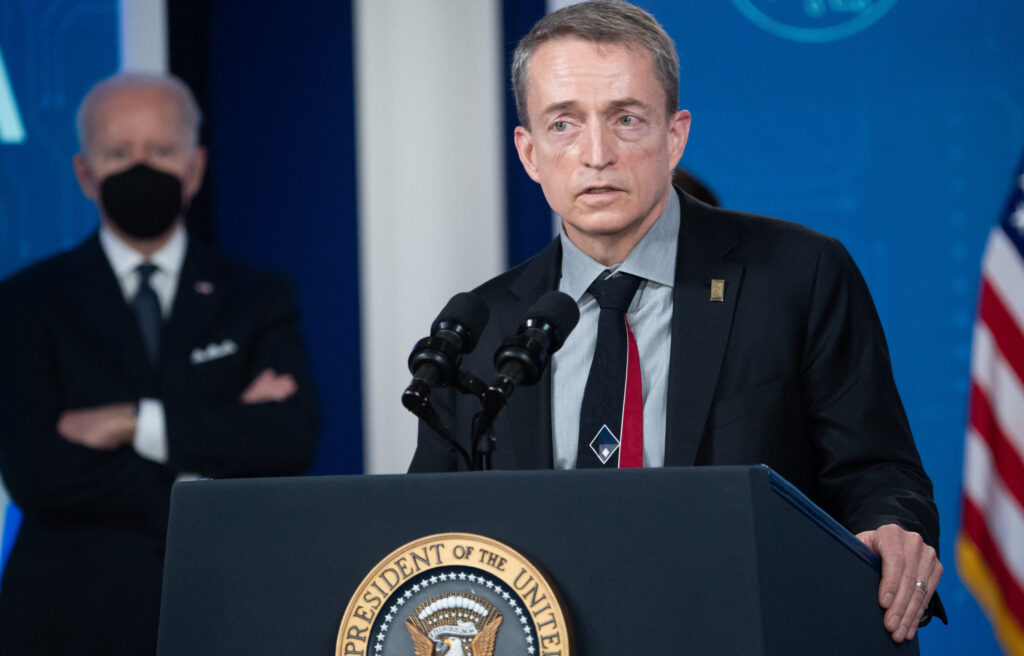 Intel claimed to be hitting all the targets it has set on a path to regain leadership in semiconductor manufacturing. (Photo by SAUL LOEB / AFP)

Yet, the company’s CEO, Pat Gelsinger, is certain that the company is on target to regain leadership in semiconductor manufacturing. A multi-year effort to return to the forefront of production technology will allow the firm to reverse market-share losses to competitors such as Advanced Micro Devices (AMD) and Nvidia.

Boldly, Intel said it even plans on competing with TSMC in the market for manufacturing chips for other semiconductor companies. In fact, in a recent press briefing in San Francisco, Intel Vice President Ann Kelleher, also the head of technology development, claimed that the group is hitting all the targets it has set on a path to regain leadership in semiconductor manufacturing.

“We’re completely on track,” Kelleher said, adding that “We do quarterly milestones, and according to those milestones we’re ahead or on track.” As reported by Tech Wire Asia recently, Kelleher was quoted during the briefing, claiming that Intel is taking a far more pragmatic approach than in the past, building in contingency plans to make sure there are no more major delays. It’s also relying more on equipment vendors for help, rather than trying to do all the work itself, she said.

At the moment, Intel is mass producing 7-nanometer chips and has already started manufacturing 4-nanometer semiconductors. The company will be ready to move to 3 nanometers in the second half of 2023, according to Kelleher. So far, it remains to be seen if the x86 giant can stick to its plans as it deals with a financial crunch, abysmally low profit and continued product delays. 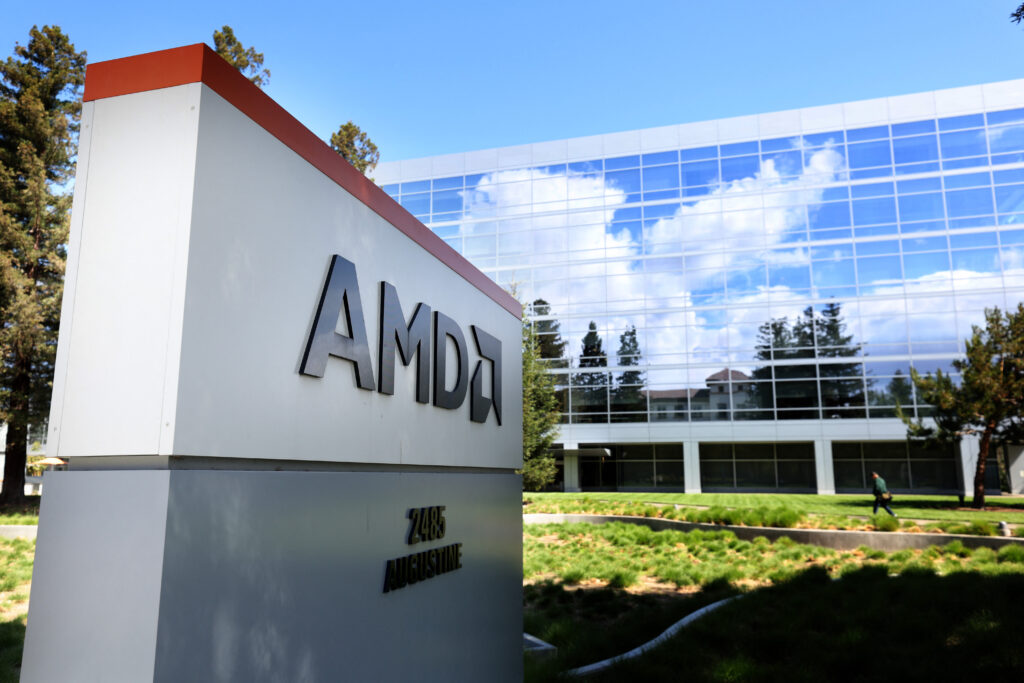 Advanced Micro Devices, more commonly known as AMD, has seen a massive comeback over the last few years. The one-time industry laggard has delivered cutting-edge chips and enormous revenue growth, especially recently. AMD has also grown into a leader in CPUs and GPUs. While the gaming sector has struggled in recent months, the company has gained market share over one-time industry leader Intel, steadily taking market share in the data center market, according to Mercury Research.

Even its purchases of Xilinx and Pensando have enhanced its supercomputing and edge-computing capabilities, respectively. However, analysts’ forecasts indicate a slowdown is coming. Although consensus estimates forecast 60% revenue growth this year, they predict that revenue growth will slow to 13% in 2023.

The upside is the fact that a secular bull market in data centers and other segments would position AMD for a bounce, which is why AMD remains the persistent underdog in the lower-end market.

NVIDIA, the next semiconductor king in 2023?

NVIDIA had recently reported terrible results for its third quarter of fiscal 2023, revealing a big drop in revenue and earnings. Analysts however believe that NVIDA’s growth could accelerate in fiscal 2024, which begins in February of 2023. NVIDIA’s first quarter of 2022 was also rough, especially after its termination of the previously announced transaction whereby NVIDIA would acquire Arm Limited from SoftBank Group Corp. 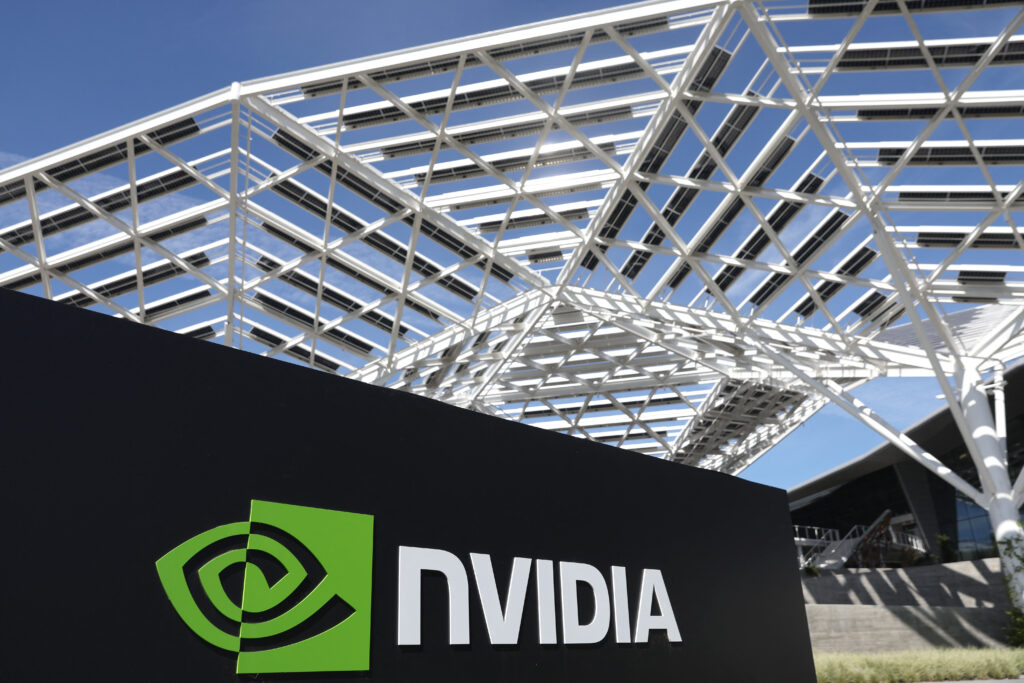 NVIDIA will be hoping its Grace superchip and automotive chips make it a dominant player in 2023. (Photo by JUSTIN SULLIVAN / GETTY IMAGES NORTH AMERICA / Getty Images via AFP)

The top reasons why NVIDIA could see growth for 2023 includes server processors that could give the company’s data center business a big boost. That is because the data center business was a bright spot for the chipmaker last quarter. The segment’s revenue increased 31% year over year to US$3.8 billion, accounting for 64% of the company’s top line.

The segment’s impressive growth was driven by the growing adoption of NVIDIA’s data center graphics processing units (GPUs) by supercomputer operators and cloud service providers such as Microsoft and Oracle. To top it off, 2023 is ought to  bring a new catalyst for NVIDIA in the data center business in the form of server processors since in 2021, NVIDIA announced that it will be launching its first data center CPU superchip, known as Grace, in 2023. NVIDIA Grace delivers 2X the performance per watt, 2X the packaging density, and the highest memory bandwidth compared to today’s DIMM-based servers to meet the most demanding needs of the data center.

Then there’s NVIDIA’s automotive and embedded segment which saw revenue shooting up 86% year-over-year last quarter to US$251 million. The impressive growth isn’t surprising considering the chipmaker’s partnerships with multiple automakers and component manufacturers that are deploying its systems. Even NVIDIA management pointed out on the latest earnings conference call that “automotive has great momentum and is on its way to be our next multibillion-dollar platform.”

That shouldn’t be surprising, as NVIDA has built an automotive revenue pipeline worth US$11 billion that it expects to convert into revenue over the next four fiscal years.

In the second part of the article, Tech Wire Asia will look at a few more semiconductor companies and their plans for 2023.