Part 2: Chip players and their outlook for 2023. Source: Reuters

Part 2: Semiconductor players and their outlook for 2023

Tech Wire Asia shared insights on how 2023 will play out for some of the top semiconductor players in the world including Taiwan Semiconductor Manufacturing Company (TSMC), Intel Corp, Advanced Micro Devices (AMD) and Nvidia. While the general consensus appears to be bleak for the first part of next year, most semiconductor companies holds a promising outlook for the better part of 2023.

In this piece, we will look at remaining semiconductor players that have grabbed headlines, especially since the pandemic.

The US-based mobile chip maker had recently lowered its outlook for its first quarter of 2023, which, according to the company’s calendar, ends in late December. While the smartphone sector typically ends the year on a high, the situation doesn’t appear to be the same this time around. Due to the doom and gloom in the global smartphone market, Qualcomm issued a rather pessimistic outlook for the rest of the year.

For the first quarter of fiscal year 2023, Qualcomm expects revenue to drop 6.5% to 14% compared to last year. It’s all because the company’s primary growth engine — the smartphone market — is hitting a growth wall. Although the 5G upgrade cycle is still in full swing, a confluence of factors is causing a temporary slowdown in new phone sales. In addition, consumer spending is slowing, especially in China and Qualcomm Chief Financial Officer Akash Palkhiwala said this oversupply should take about two quarters to get corrected. 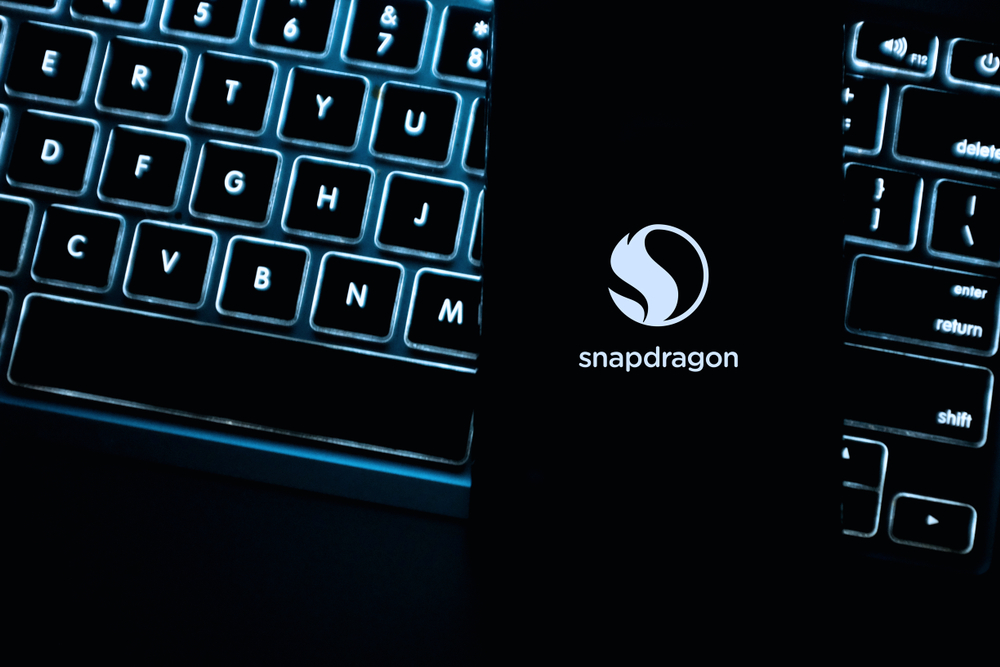 Perhaps Qualcomm’s growth is taking a breather after the surge it experienced over the last few years
Source: Shutterstock

The good news is that Qualcomm’s far smaller but fast-growing Internet of Things (IoT) and automotive segments should remain in growth mode this quarter. To bridge the growth gap for the next couple of quarters, Qualcomm is tightening its belt. A hiring freeze is in place, and investments in research and development are being dialled back.

As mentioned in the first part of this article, dynamic random access memory (DRAM) chip demand has been weak. Given Micron Technology is the third largest player in the DRAM market, with a 23.5% global market share behind Samsung Electronics Co, the memory and storage chip giant has not been spared from the slow down. 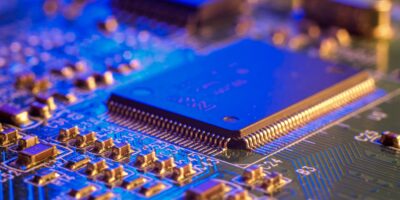 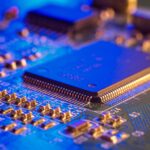 PART 1: HOW WILL 2023 PLAY OUT FOR SOME OF THE TOP SEMICONDUCTOR COMPANIES IN THE WORLD?

Revenue for the first quarter ended November 30 fell about 47% year on year to US$4.09 billion. It had a net loss of US$195 million, compared with a profit of US$2.31 billion, a year earlier. Micron also shared a forecast of a much steeper-than-expected second-quarter loss and said it will lay off 10% of its workforce next year, citing a glut in the semiconductor market.

“Due to the significant supply demand mismatch entering calendar 2023, we expect that profitability will remain challenged throughout 2023,” Micron chief executive Sanjay Mehrotra said.  Micron noted that its investments in fiscal 2023 would now be adjusted down to US$7 billion to US$7.5 billion and that it would be “significantly reducing capex” plans in fiscal 2024. It invested US$12 billion in fiscal 2022.

In late October this year, Samsung emphasized that its supply of memory chips will grow faster than its peers. On top of that, the South Korean giant reckons that its investments will proceed as planned, unlike broader industry moves to scale back output and spending amid growing recession fears.

For analysts, Samsung’s apparent confidence indicates it intends to use a sharp and sudden downturn in worldwide tech demand to consolidate its dominance in memory chips and catch up with bigger rival TSMC in contract chip manufacturing. Based on a report by Reuters, Samsung apparently said it did not expect much change to its 2023 memory chip investment plans, in contrast to smaller rival SK Hynix, which on the same week, warned of an “unprecedented deterioration” in memory chip demand and slashed 2023 investment by more than 50%. 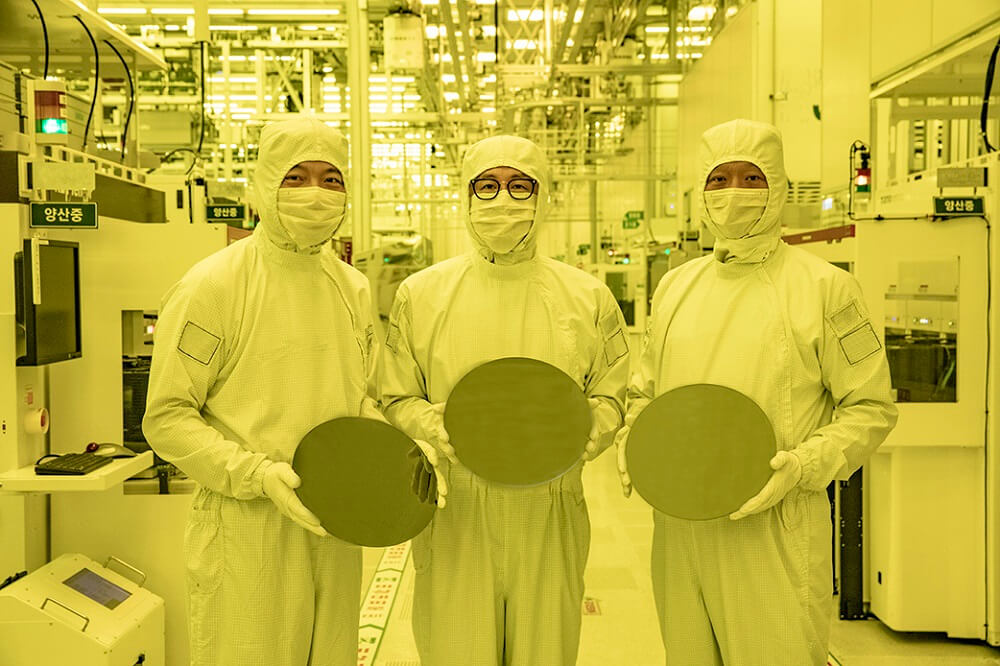 Samsung reckon that geopolitical uncertainties were likely to dampen demand for semiconductors until early 2023.
Source: Samsung

Samsung also shared that geopolitical uncertainties were likely to dampen demand for semiconductors until early 2023. For NAND flash chips, Samsung forecast the market may not even recover in 2023. “Even so, it said it would boost shipments of memory chips at a faster rate than its peers across the industry,” the report by Reuters noted. 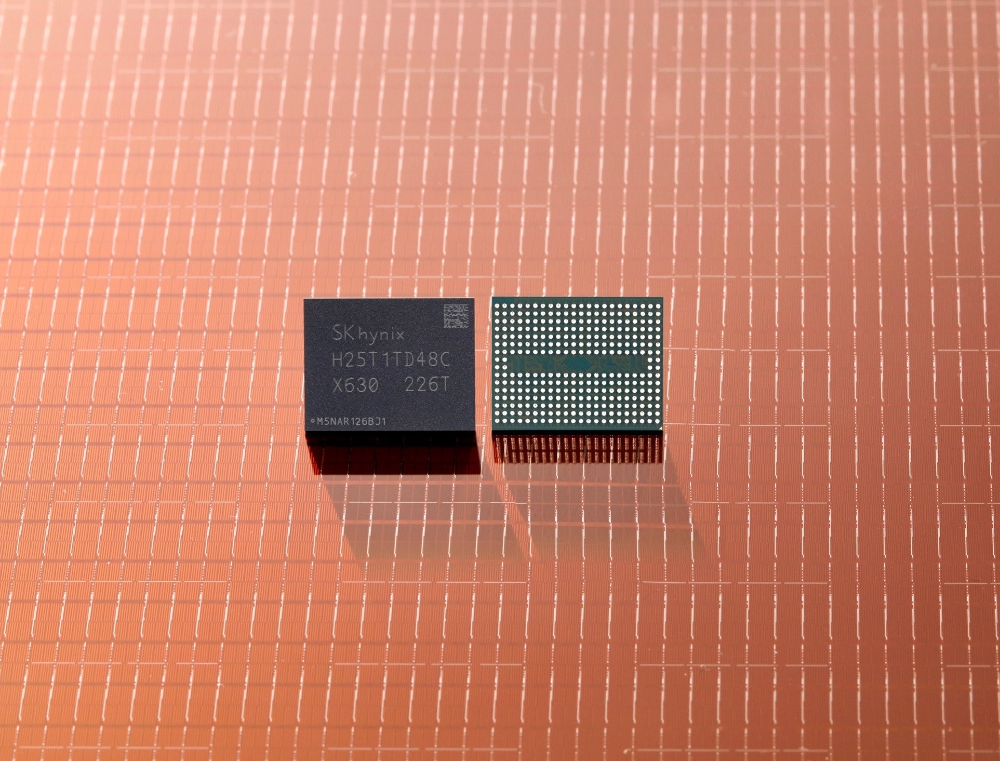 To put into context how the memory chip segment has worsened this year, the world’s second-largest memory chipmaker, whose clients include Apple Inc, said its investment in 2023 will be cut by more than 50%. “We are hoping that the market will stabilize to some extent by the second half of next year, but we are not ruling out the possibility of a longer downturn,” SK Hynix chief marketing officer Kevin Noh told analysts.

SK Hynix had also warned of uncertainties involving its chip plants in China due to the US export restrictions on advanced chip equipment to China aimed at slowing Beijing’s technological advances. Although the company received a one-year waiver on the restrictions for its chip plants in China, it said it would be difficult to operate its Wuxi plant in the country if the waiver was not extended and may have to consider selling the plant or bringing equipment to South Korea.

SK Hynix also shared that its 2022 investment is expected to be at the “upper range of 10-20 trillion won (US$7-US$14 billion)”, meaning 2023 investments could fall below 10 trillion won. “SK Hynix diagnosed that the semiconductor memory industry is facing an unprecedented deterioration in market conditions,” the company wrote in its earnings announcement.

“Shipments of PCs and smartphone manufacturers, which are major buyers of memory chips, have decreased.” Overall, the company said it will reduce production of lower-end or less profitable memory chips, while focusing on its expanding business of DRAM chips for data servers.