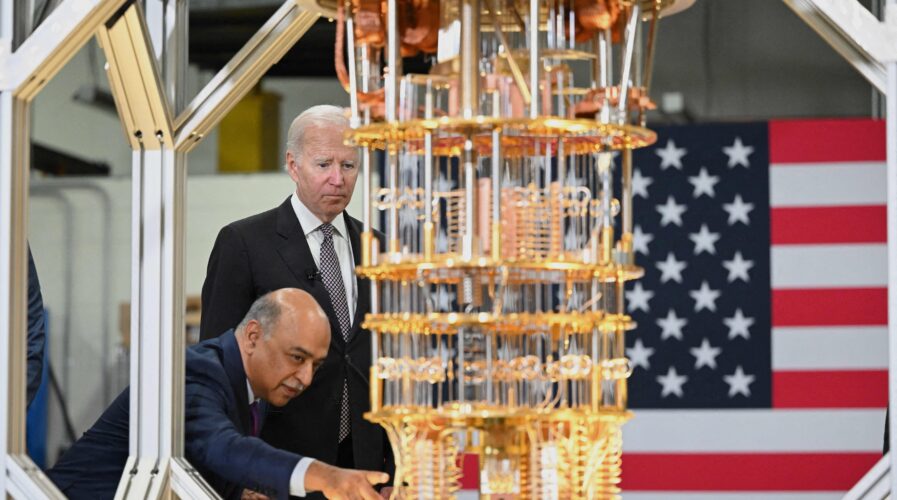 Quantum computing: Post-quantum cryptography to be the main focus in 2023?

Quantum computing continues to be an area of great interest for many around the world and is expected to gain more interest in 2023. While quantum computing use cases have yet to become mainstream, governments and organizations around the globe are already taking the necessary steps in adapting the technology as soon as possible.

2022 saw more use cases being tested with quantum computing. For example, Quantum researchers at Ford published a study that modelled electric vehicle battery materials using a quantum computer, demonstrating how more powerful quantum computers could be used to accurately simulate complex chemical reactions in the future.

With more use cases on the horizon, governments are also taking a huge step in ensuring they are at the forefront of quantum computing research. Currently, both China and the United States are competing to dominate the field.

According to GlobalData’s patent analytics database, US-based tech organizations are leading the patent number in quantum computing. The top three companies that filed the most patents are IBM (1,885 total publications), Alphabet (1,000), and Northrop Grumman (623). However, the Chinese government is also pumping money into quantum computing development including a US$10 billion investment to construct the National Laboratory for Quantum Information Science.

In Asia, apart from China, Japan, Korea, and Singapore have been at the forefront of quantum computing research. In Japan, Fujitsu and Riken research institute plan to jointly offer quantum computers to companies starting April 2023. Meanwhile, in Singapore, the Singaporean government announced its increasing investments in the industry by setting up two new initiatives to boost talent development and provide better access to technology earlier this year.

When it comes to tech companies, IBM is leading the journey in quantum computing. IBM recently updated the details of the new IBM Quantum System Two, a system designed to be modular and flexible, combining multiple processors into a single system with communication links. This system is targeted to be online by the end of 2023 and will be a building block of quantum-centric supercomputing — the next wave in quantum computing which scales by employing a modular architecture and quantum communication to increase its computational capacity, and which employs hybrid cloud middleware to seamlessly integrate quantum and classical workflows.

With quantum computers becoming more powerful, there are now concerns about how they can be used for the wrong reasons. According to the National Institute for Standards and Technology, in a few years, large quantum computers will be powerful enough to breach public key schemes currently in use. This has risen concerns on hack now and decrypting later that is being conducted by some cyber criminals.

US President Joe Biden recently signed the Quantum Computing Cybersecurity Preparedness Act which basically means that by July 5th, 2023, the Office of Management and Budget show begin moving towards implementing the NIST-approved cryptographic algorithms to protect systems in the executive branch.

The Office of Management and Budget will also submit to Congress a report on:

Apart from that, several other tech companies have also begun researching on post-quantum cryptography and how they can help organizations in their journey towards adopting this into their data.

As such, most organizations will be looking at how they can implement this with quantum computing in 2023 onwards. While it may take some time before everything can be implemented, organizations and tech companies are already working together on how they can better make the most of the use cases that are already available to them.

At the same time though, there are also concerns about the skills that are available to work with quantum computing. Fortunately, more universities are working with tech companies in research and development, with the hopes of perfecting the technology.