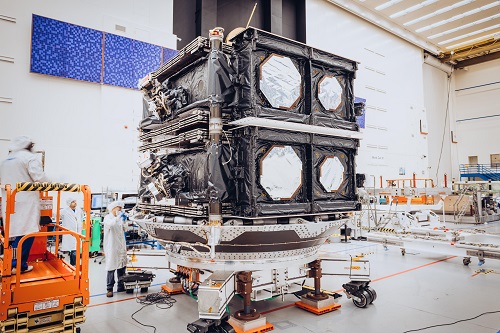 Space is becoming increasingly accessible to most tech companies today. While most large tech firms are looking to launch their own space programs and satellites to enhance network and communications on the planet, satellite companies like SES remain focused on providing customers around the world with what they really need.

In fact, investment in satellite technology has grown significantly in recent years, driven by the demand for greater mobile and internet connectivity. SES is at the leading edge of this industry, leveraging years of experience and technology to deliver connectivity to millions around the world. 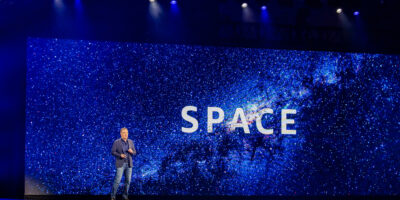 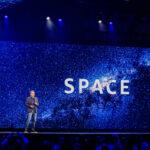 REINVENT: THE COMMERCIAL SPACE AGE IS UPON US — AND IT IS CHANGING THE GAME

A global leader in satellite connectivity solutions, SES is trusted by customers in APAC and worldwide including Digicel and Vodafone. The satellite company will now be launching its first O3b mPOWER satellites in the next few days. The O3b mPower is SES’s next-generation Medium Earth Orbit (MEO) satellite constellation, delivering low-latency, high-speed network connectivity with unprecedented performance, scale, and flexibility worldwide.

With its capacity to deliver the highest throughput available from a satellite system, O3b mPOWER will help drive digital inclusion for individuals and businesses in previously inaccessible areas and provide cost-effective satellite network solutions across geographies where communications infrastructures can be expensive or challenging to build.

With over 70 satellites in two different orbits, SES’s reach is unlike any other, serving seven out of the top 10 global telecom companies, connecting to 5 out of the world’s six major cruise liners and supporting 58 government organizations across 29 countries with reliable, robust, and secure connectivity solutions.

What makes the O3b mPOWER unique is that it builds on the success of SES’s first-generation O3b system, the industry’s only commercially proven non-geostationary satellite orbit (NGSO) constellation and will also operate in the medium earth orbit at 8,000km away from Earth. The O3b mPOWER communications system comprises an initial constellation of 11 high-throughput and low-latency satellites as well as extensive ground infrastructure.

Designed to enable the delivery of high-throughput in the most flexible manner, O3b mPOWER will offer uncontended low-latency (roundtrip latency of less than 150 milliseconds) connectivity services ranging from 50Mbps to multiple gigabits per second to the telecommunications, maritime, aeronautical, and energy sectors, as well as to governments and institutions across the world. 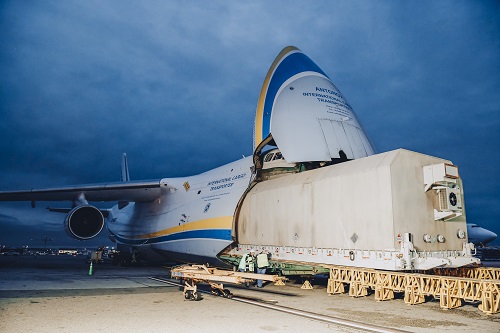 Workers load the first two O3b mPOWER satellites onto an aircraft in preparation for a ferry ride to Florida where they will launch to Medium Earth Orbit for satellite operator SES. (Boeing photo by Alex Aristei))

In Southeast Asia, the O3b mPOWER will focus on connectivity in three main countries – the Philippines, Indonesia, and Malaysia. In the Philippines, the government is recognizing the need for connectivity services to drive digital inclusion and bridge the digital divide across the country. Under the Department of Information and Communications Technology (DICT), several initiatives have been put in place to connect unserved and underserved areas of the country including geographically isolated and disadvantaged areas (GIDA).

Expected to launch in the Philippines and other Asia Pacific markets in 2023, O3b mPOWER will help to further bridge the digital divide in previously unconnected areas in the country by delivering high-quality connectivity in remote areas or where geography makes communications infrastructure expensive to build. O3b mPOWER will also support 4G and 5G mobile deployments in these areas, ultimately driving digital transformation, cloud adoption, and digital services for businesses and individuals here. O3b mPOWER will also provide instant bulletproof recovery solutions in case of natural disasters by ensuring uninterrupted connectivity.

Meanwhile, Indonesia’s geographic spread makes it an ideal market for satellite communication solutions, given the size of its population. SES is working with the Indonesian government to support digital inclusion initiatives, including delivering 4Gbps of high throughput satellite (HTS) connectivity to rural areas in Indonesia (Papua region). As the Indonesian market is rapidly expanding its 5G network, SES’s O3b mPOWER will deliver seamless 5G experiences even in remote and rural regions with high-throughput and low-latency performance.

Interestingly, Malaysia is an exciting emerging market for SES. Since the beginning of SES’s operations in the Asia Pacific region, SES has been engaging with customers and partners in Malaysia to meet the rising network capacity demand in the country. SES is also helping to bridge the digital divide in rural population by improving connectivity and offering improved access to e-learning, e-government, e-health services, and the digital economySES is also delivering satellite connectivity to industries such as mining, offshore and marine, agriculture, and fisheries to support seamless communication and operations.

As Malaysia experiences a wide disparity of 4G between thinly and densely populated areas across the country, SES will be able to leverage the O3b mPOWER satellite system to improve mobility growth via wireless backhaul solutions, village WiFi, and other network deployments.

According to Harsh Verma, Director for Sales in Asia at SES, the company has an indirect approach to end customers. As a global operator, they partner with local service providers in Malaysia who will host their gateway infrastructure and provide services to end users in Malaysia.

“We are generating interest with the end users. But fulfilment will be through a local service provider. We are currently evaluating two or three partners that have captive network requirements of their own but can go out to other market segments as well. We will be announcing this soon,” said Verma.

Not to be confused with 5G deployment, Verma also explained that SES provides the medium for 5G traffic to be transported from a cell site to a core. This means they can work with Digital Nasional Berhad to have access to the medium or even through a specific network operator.