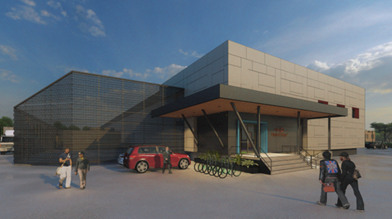 Can the Philippines be APAC’s next data center hub?

Multiple businesses investing in the Philipines has made it one of the countries with highest growth globally, driving the rise of data center investments.

According to Arizton’s most recent research report, the development of the Philippines data center market has gained traction in recent years. The main drivers of industry expansion include COVID-19, the rising use of content delivery networks (CDNs), gaming, and internet usage.

Manila is the most popular site for data center operators in the Philippines, with 12 distinct third-party data center facilities making up more than 75% of the country’s current power capacity.

As the country looks to accelerate the development of data centers in Manila, one of the fastest-growing data center platforms in Asia, Digital Edge (Singapore) Holdings Pte. Ltd., has announced its new 10MW data center in the city will be ready-for-service (“RFS”) from March 1, 2023. When this data center is completed, it will represent Digital Edge’s entry into the Philippine market and advance the company’s goal of closing the digital divide in Southeast Asia’s most dynamic economies. 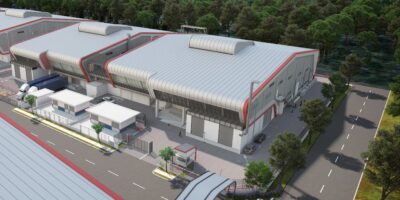 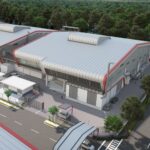 NARRA1 is a joint venture with the Threadborne Group, a local family office with an emphasis on real estate and technology. It seeks to fill any unmet demand from the Philippines’ data center colocation industry, which Structure Research predicts will reach US$ 313 million in revenue by 2026 after seeing double-digit growth (22% CAGR). According to Digital Edge, several significant domestic internet service providers have already made reservations for the new data center.

In line with the company’s Environmental, Social, and Governance (ESG) strategy, the new facility will be the most energy and water-efficient data center on the market, with a market-leading PUE (Power Usage Effectiveness) of 1.2 and a WUE (Water Usage Effectiveness) of 1.355 at the ideal operating temperature. The building will also be triple certified with LEED Gold, BERDE, and EDGE certifications.

Samuel Lee, Chief Executive Officer of Digital Edge stated that the completion of NARRA1 is Digital Edge’s first significant greenfield design and build project since its founding, marks a turning point in developing their regional platform throughout Asia.

“As we come online in the Philippines for the first time with this state-of-the-art facility, we further enhance our presence in Southeast Asia and progress our mission to bridge the digital divide by building the essential, sustainable digital ecosystems of the future,” continued Lee.

Vic Barrios, Country Manager for Digital Edge in the Philippines, added that the company is honored to make its Manila debut with this facility, giving the Philippines the deserving and much-needed digital infrastructure.

“Most importantly, NARRA1 raises the bar in terms of sustainable design and operational efficiency, and we hope it becomes the new gold standard for green data centers in the Philippines and beyond,” says Barrios, who is thrilled about the company’s new data centers’ debut in the country.

The interest in the Philippines isn’t shocking. Around 76 million people use the internet in the country each day, logging in for an average of more than 10 hours. The statistic provides a strong foundation to support data consumption, which is anticipated to continue growing as the future data demand is expected to increase due to increased technology usage.

Data center operators are collaborating with regional operators to access the Philippines market.

In February of this year, Space DC and JLL announced their partnership to invest more than US$ 700 million in a 72-megawatt project in Cainta, Rizal. In the same month, YCO Cloud Centers, a joint venture between JJYnchausti and Cloud Center, announced the plans to build a 12-megawatt facility in the Batangas Province’s Light Industry and Science Park IV.

In addition, ST Telemedia Global Data Centres established a joint venture in March 2022 with Globe Telecom and Ayala Corporation to develop data centers in the country.

According to JLL, the Philippines currently have a total installed capacity of 96 megawatts. As more data center players are anticipated to enter and grow their footprints in the country, this number may triple over the next few years.