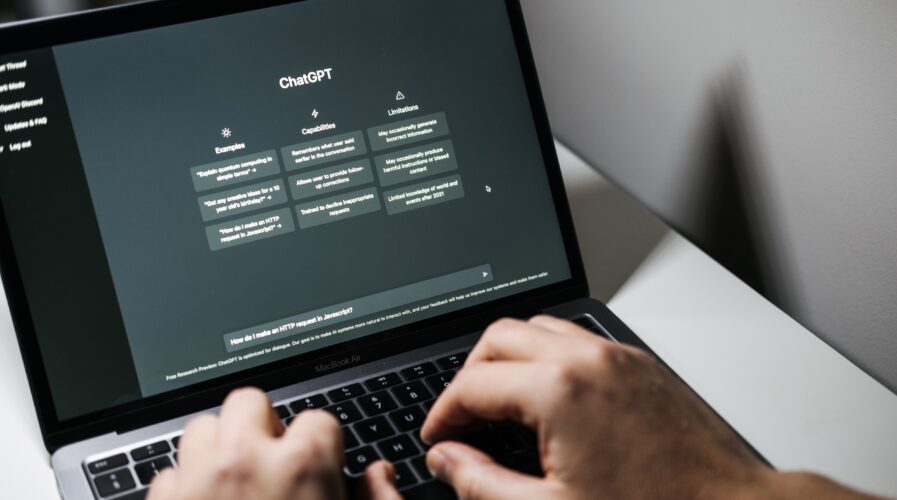 What’s all the fuss around ChatGPT? Here’s why this AI chatbot is taking the world by storm

Notice how there’s been a rise in the use of AI chatbots? They are being used to automate many areas of customer service by more and more enterprise organizations. Technically speaking, an AI chatbot can improve and engage customer interactions with less human involvement. It eliminates barriers to customer support that may arise when demand exceeds available resources. Rather than sitting on hold, customers can receive real-time responses to their queries.

There has recently been a lot of buzz surrounding ChatGPT, an allegedly “new” AI chatbot. It makes sense, given that this chatbot can carry on meaningful conversations, provide complex answers, and even aid in app development. They can even help users in creating content for them.

Don’t worry – this is still a human writing the article so far!

Developed by the artificial intelligence (AI) company OpenAI, ChatGPT is an AI chatbot that can have conversations with real people. The chatbot can search the internet for text, build a statistical model, and then put words together in response to a specific query. 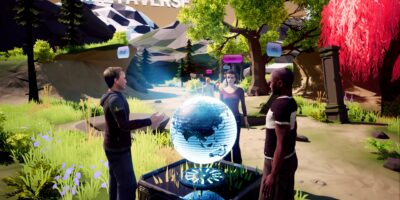 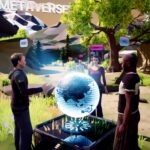 DO CHATBOTS HAVE A ROLE TO PLAY IN THE METAVERSE?

Although the underlying technology has been available for a while, this was the first time OpenAI made its powerful GPT3 language-generating system available to the general public, sparking a competition among humans to come up with the most creative instructions.

As ChatGPT uses AI to speak back and forth with human users on a wide range of subjects, Tech Wire Asia decided to have an interview session with them and here’s what they have to say: 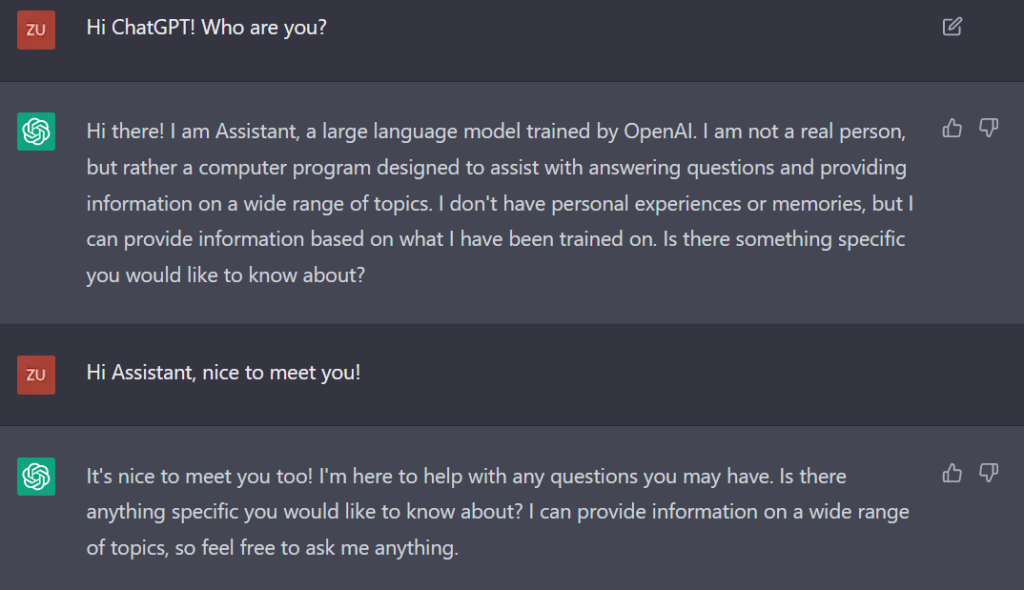 The pictures above only showed a conversation about how they introduced themselves. It would be interesting to watch as a journalist how they would put together an article in a short period of time. Therefore, ChatGPT was asked to produce a 200-word piece on the significance of AI. The result is as follows: 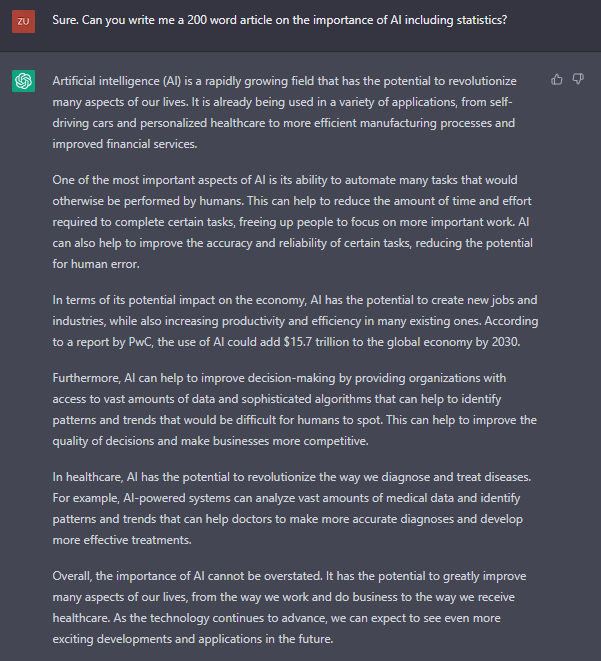 The flexibility with which they respond to inquiries is rather interesting. Here’s another example: with Christmas fast approaching, ChatGPT was requested to provide suggestions for gifts to give friends. Here’s what they suggested: 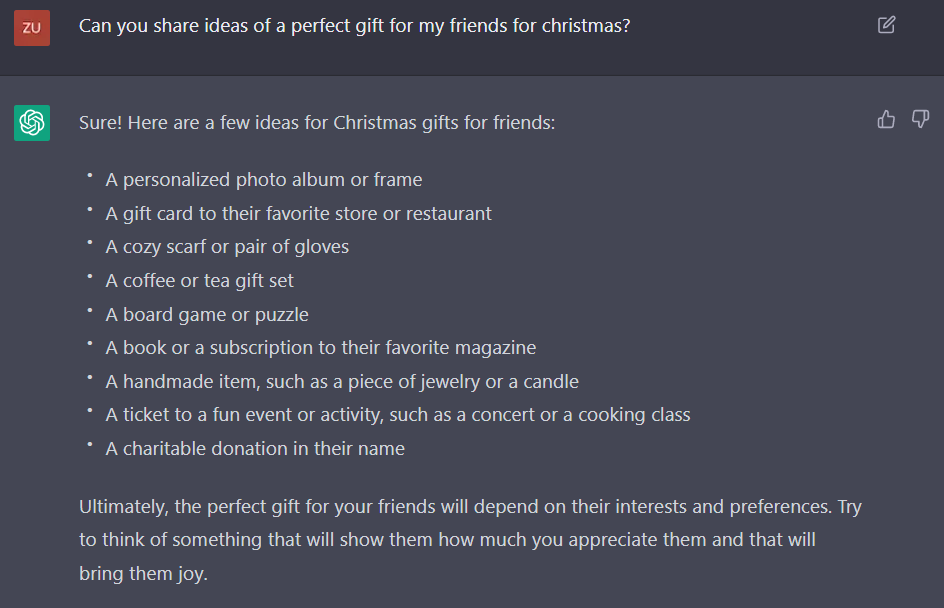 How people use this revolutionary AI chatbot

OpenAI is allowing users to test out the technology by creating an account with the company and reading through a few brief disclaimers. With it being free worldwide, people have gotten creative and requested ChatGPT to perform an array of tasks, such as making a movie synopsis, answering exam questions and even writing rap lyrics in Snoop Dogg style.

A Twitter user named Stephane Maarek, or his handle, @StephaneMaarek, decided to use ChatGPT for his AWS Certified Cloud Practitioner practice tests. He mentioned how ChatGPT could score 800/1000; the passing score was 720. He said that because he and his team created the questions, he was okay to share them publicly. 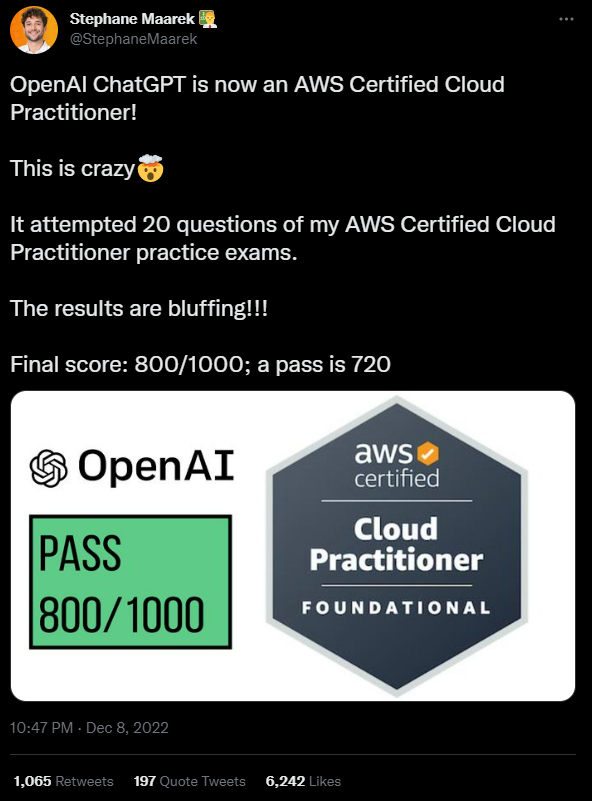 Several Twitter users have used ChatGPT with the potential to become the next big director. Guy Parsons, under the handle @GuyP, requested that ChatGPT write a movie synopsis for a horror movie. 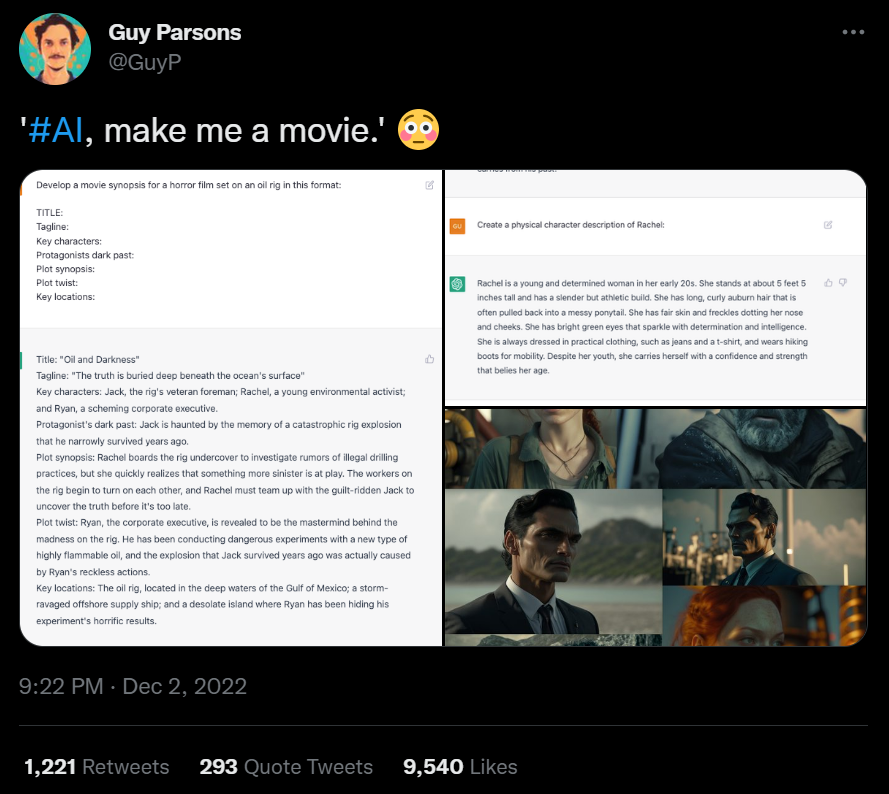 Some were even creative enough to ask ChatGPT to write a rap song in the style of Snoop Dogg. 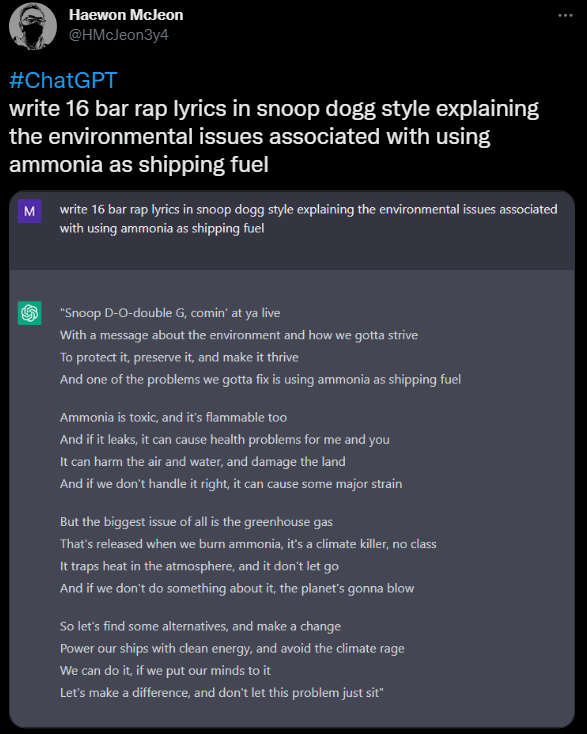 Is the AI chatbot as reliable as Google?

Given that they are both processed similarly, there have been questions about ChatGPT’s reliability compared to Google.

Google Search has made people’s lives easier since it offers all the essential information for assignments, work, personal matters, travel inspiration, dining options, and much more.

Let’s look at how they stack up against one another:

Tech HQ has covered this comparison in more detail here.

OpenAI is aware that the model has several flaws. They admitted on their website that it can occasionally write untrue or illogical responses that read as plausible, and that it is challenging to address this problem.

The model frequently states that it is a language model trained by OpenAI and overuses other specific words and phrases.

Furthermore, OpenAI noted that despite their best attempts to have the model refuse inappropriate requests, it occasionally displays biased behavior or reacts negatively to harmful instructions. Although they anticipate some false negatives and positives, for the time being, they are using the Moderation API to alert users to or prohibit specific categories of harmful content.

What’s even more interesting is how Stack Overflow has banned ChatGPT. According to Stack Overflow, the responses generated by ChatGPT are significantly harmful to the website and to users who are asking or looking for correct answers because the average rate of receiving accurate replies from ChatGPT is extremely low.

The main issue is that, even though ChatGPT’s answers frequently contain errors, they appear to be accurate and straightforward to generate. Additionally, many people are attempting to use ChatGPT to write responses without having the knowledge or motivation to ensure that the answer is accurate before submitting.

Overall, ChatGPT is still in its early stages. However, it is still a fascinating AI tool that can address people’s critical inquiries, clarify complex ideas, or spark creative ideas.