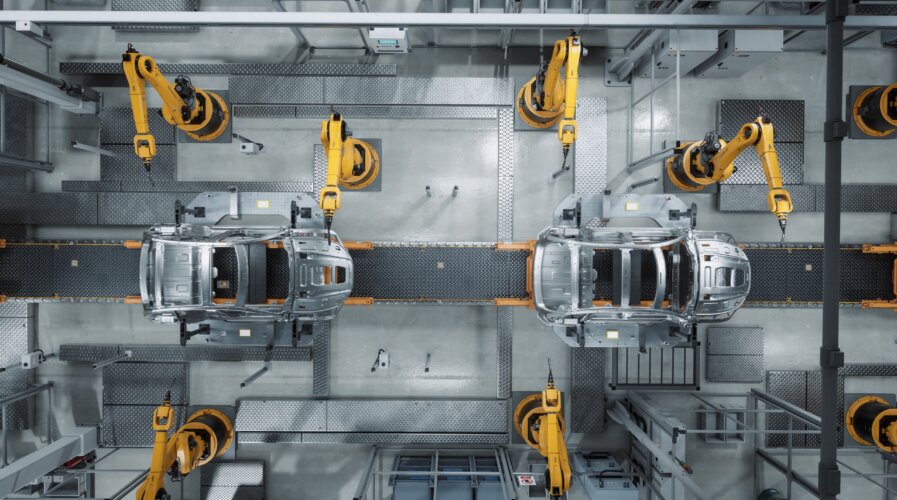 In a typical motor vehicle, there are between 15,000 and 30,000 component parts, making supply chains an absolutely critical part for the automotive sector. Even at the very early stages of the pandemic when factories in China went offline, the international nature of automotive supply chains and their vulnerability became immediately obvious.

That was one of the biggest risks — before the war in Ukraine blew into something far larger than anticipated and the semiconductor shortages went on for longer than expected. All those factors only inflicted more disruptions to the supply chains of the automotive sector. “With such disruptions, single sourcing is very risk prone,” DP World said in their latest Trade in Transition global report.

The report is the result of a survey of 3,000 executives, commissioned by DP World and conducted by Economist Impact. The report deep dives into regional (North America, South America, Europe, Middle East, Africa, and Asia-Pacific) and sectoral data (FMCG, (industrial, consumer goods, food and drink, energy and natural resources and, health and pharma) to compare and contrast priorities in international trade.

That being said, the findings of the survey show that diversification is still the number one supply-chain strategy for the automotive sector, with 46.8% of respondents citing this as their primary policy. “A single approach to supply-chain management does not suffice for this sector: the promotion of inputs which can be regionalised or localized is also necessary,” the report stated.

Basically, DP World suggested that regionalising and localizing will provide businesses with greater control over parts of their supply chains, which is reflected in their survey, where the vertical integration of supply chains is rated more highly in the industrial sector than in the other sectors.

But regionalising, localizing is not for the entire automotive sector.

Above all the aforementioned factors, rising inflation—and therefore higher input costs—is the main reason for pessimism regarding global trade in this sector, cited by over one-quarter of all executives surveyed. To mitigate against increased costs, executives have had to alter supply chains to get the best price.

Quoting an executive from Ford Motors, Kumar Bhagat says the key is not to regionalise or localize everything, rather just a “few critical commodities”. He also noted that greater control of the supply chain would mean reducing suppliers for critical inputs, specifically semiconductors. For instance, General Motors (GM) consolidated its imports of semiconductors to a handful of suppliers to maintain greater control.

To top it off, GM also reduced the number of semiconductor chip types it is using in its cars from 60 to three unique types of microcontrollers, such that one chip has multiple uses in a car. Through this way, companies can move away from a few specialized suppliers and source from multiple generic distributors. For the automotive sector, increasing coordination with suppliers is cited as the second-most important factor for supply-chain strategies in the survey.

“The first is the use of digital tools, which is also critical for supply-chain visibility. However, this is a longer-term strategy, as companies need time to test different technologies and suppliers. As such, the real benefits are likely to materialize one to two years after implementation,” the report added. That said, efficiency gains through the further adoption and development of technology do not negate the need for just-in-case supply chains.

“As the world is less and less predictable, there is still a need to rely on a just-in-case supply-chain model. Most executives (49%) are maintaining inventories of between two weeks and three months, as holding inventory to insulate the company is critical,” DP World stated.