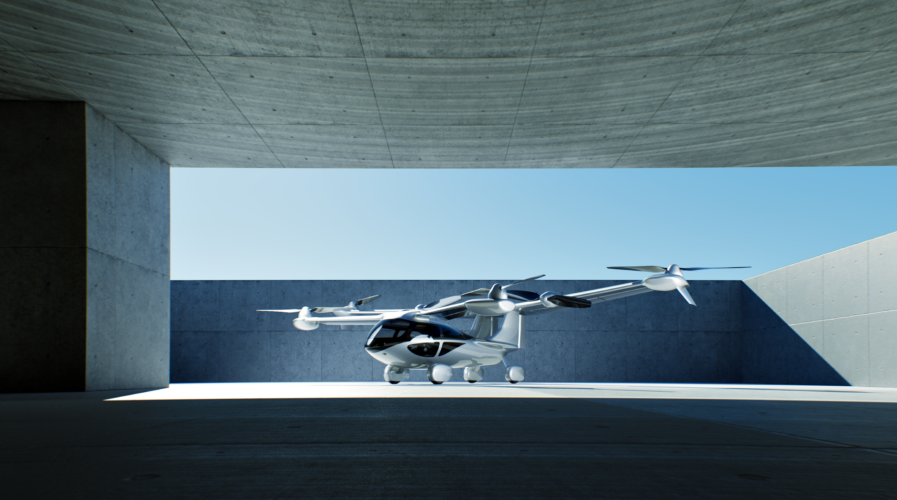 The rise of an electric vertical takeoff and landing (eVTOL) flying car has been a highly anticipated development in the transportation sector. These cutting-edge vehicles have the potential to transform how people commute and travel, providing a practical and perhaps more effective substitute for traditional forms of transportation.

Several companies are already actively developing eVTOL flying cars, such as AeroMobil, PAL-V, and Urban Aeronautics. These companies want to commercialize their prototypes in the future; some even let prospective customers on test flights. 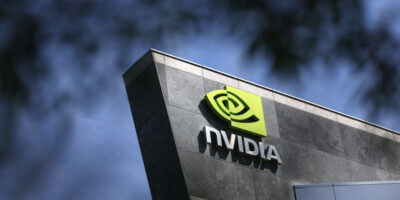 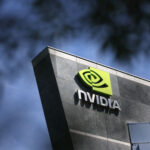 Adding to those list of companies is ASKA, with the first fully-functional prototype of the ASKA A5 eVTOL vehicle making its debut at CES 2023.

ASKA A5, the world’s first four-seater electric vehicle the size of an SUV, has a range of up to 250 miles on the ground and the road. The company is also unveiling the ASKA On-Demand ride service, which will operate on-demand in key cities and their surroundings. This service is anticipated to begin in 2026*.

From horse and buggy to paved roads, mass-produced cars, and the Interstate Highway System, personal transportation and infrastructure have developed continuously to convey people from point A to point B. However, due to congested roads, traffic was born, and people are now spending excessive time in it. There needs to be a change in this.

What was once thought of as a dream is finally becoming a reality: the flying car.

According to Guy Kaplinsky, Co-founder/CEO of ASKA, ASKA is positioned as a new-generation vehicle that combines the convenience of a car with the ease and effectiveness of VTOL and STOL flight. ASKA is a vehicle that targets consumers and has tremendous business possibilities for usage in military, emergency response, and on-demand ride-sharing mobility services.

“Our unveil at CES represents something that has never been accomplished in the world, but which humans have dreamed of for decades: a fully functional, full-scale prototype of a Drive & Fly electric Vertical Takeoff and Landing, a real flying car. We’re making history with ASKA and defining the next 100 years of transportation,” added Kaplinsky.

The ASKA A5 is unlike any car that has ever been created. It combines the best aspects of the modern automobile and aviation design.

When in drive mode, the ASKA has in-wheel motor technology, which enables all four wheels to be mounted outside the fuselage for better aerodynamics, all-wheel drive traction, and maximized internal space for four passengers to sit comfortably. 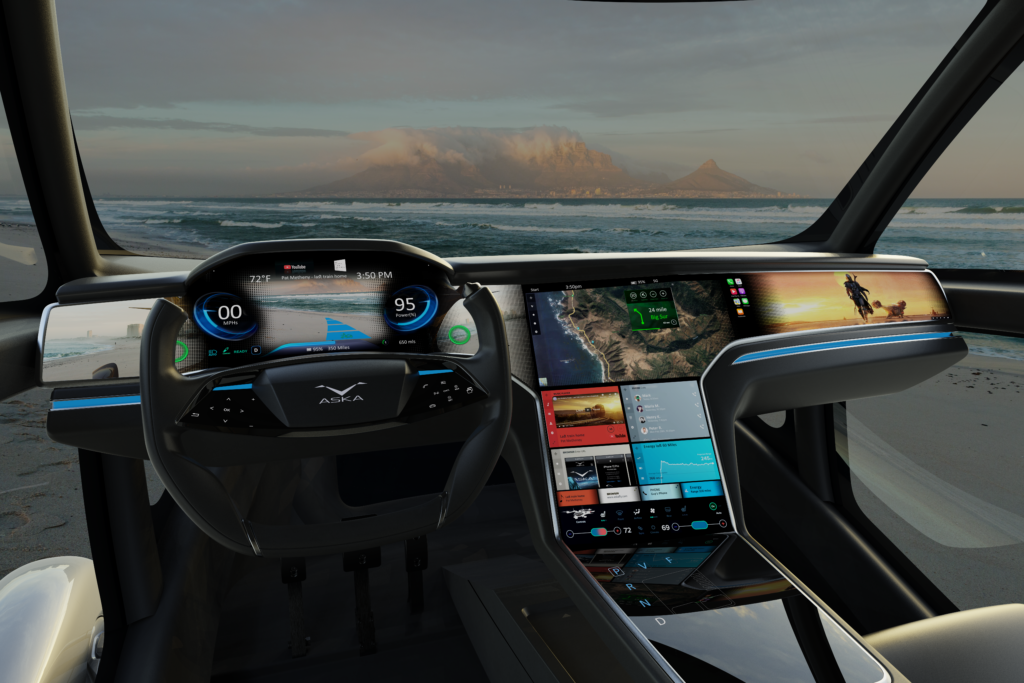 When the vehicle is in flying mode, its six rotor wings spread out, enabling it to either take off vertically or perform standard runway takeoffs. Each tilt rotor is used for vehicle control, while the big wing is tailored for gliding, soft landings, and economical energy usage.

ASKA A5 is designed with safety in mind.

As the development of eVTOL flying cars continues to advance, the importance of ensuring their safety cannot be overstated. These innovative vehicles must be built with effective safety measures to gain widespread adoption.

eVTOL flying cars will operate in a unique environment in the air and on the ground; thus, their safety systems must be flexible. ASKA acknowledges this and announced that it is designed for the highest safety standards.

ASKA was created with the highest safety requirements in mind. For instance, the large wings on the ASKA can help the vehicle glide to a safe landing in an emergency. ASKA has a battery and an engine as its dual energy source. For safer landings, the six propellers—one on each wing—ensure better redundancy. The best-in-class hybrid propulsion system offers a minimum of 30 minutes of reserve flight time, a crucial requirement today from the FAA. ASKA also has a ballistic parachute to save the entire aircraft.

ASKA and NASA signed a Space Act Agreement in 2020 to expand its involvement in the Advanced Air Mobility National Campaign, jointly organized by the FAA. The FAA approved ASKA through its intake board in 2022, and the business is working towards ASKA’s type certification.