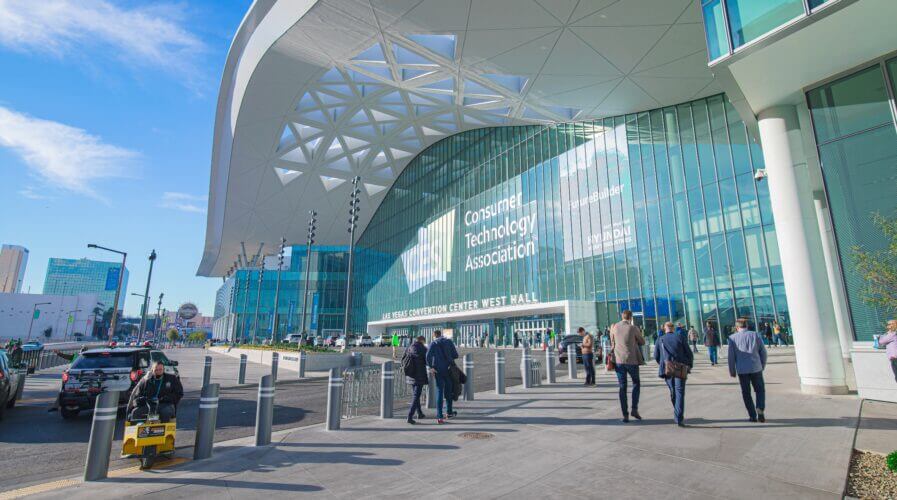 CES 2023: From gaming to hybrid work to robot simulation

The Consumer Electronics Show, or CES, is a yearly event in Las Vegas, Nevada. It is the world’s largest and most influential technology trade show, attracting many attendees from around the globe. At CES 2023, some of the tech giants that are expected to take part are Dell Technologies, Lenovo, NVIDIA, and Samsung – to name a few.

The importance of CES cannot be overstated. These companies are known for their cutting-edge technology and significant presence in the global tech industry. They will unveil various new products and technologies at CES 2023, including smartphones, laptops, home appliances, and more.

Here’s a glimpse of what was announced from some of the tech behemoths at CES 2023.

Engineers from Dell Technologies’ Experience Innovation Group have been working over the past year to improve Concept Luna’s modular design by reducing the need for screws, cables, and adhesives. These improvements make it simpler to maintain and disassemble a system. Concept Luna could significantly streamline and speed up maintenance and disassembly processes by making parts more accessible and increasing options for reuse. 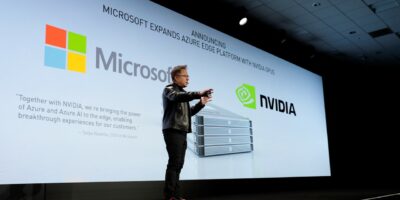 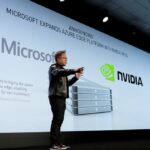 NVIDIA, MICROSOFT COLLABORATES TO BUILD THE “MOST POWERFUL AI SUPERCOMPUTERS”

It can take recycling partners more than an hour to disassemble a PC with today’s technology, which is held together by screws, glue, and numerous soldered components. With Concept Luna’s improved design, disassembly takes just a few minutes. Dell even hired a micro-factory to advise their design team, which led to the creation of a product that robots can rapidly and efficiently disassemble.

Dell’s continuous work with Concept Luna moves people closer to a time when more gadgets will be built using a modular architecture. Robotics and automation are exciting addition that acts as a catalyst to speed up effective device disassembly, monitor component health and remaining usability, and more effectively identify which components may be reused, refurbished, or recycled – so nothing goes to waste.

Along with Concept Luna, there are also announcements on Concept Nyx.

A team of inventors in Dell Technologies’ Experience Innovation studios broke the mold of the PC gaming experience last year by introducing Concept Nyx. This edge gaming concept offers simple access to gaming libraries across multiple devices and screens so players can easily move their gaming session around the home. This year, the team has expanded its testing to explore how to make gaming libraries even more accessible. 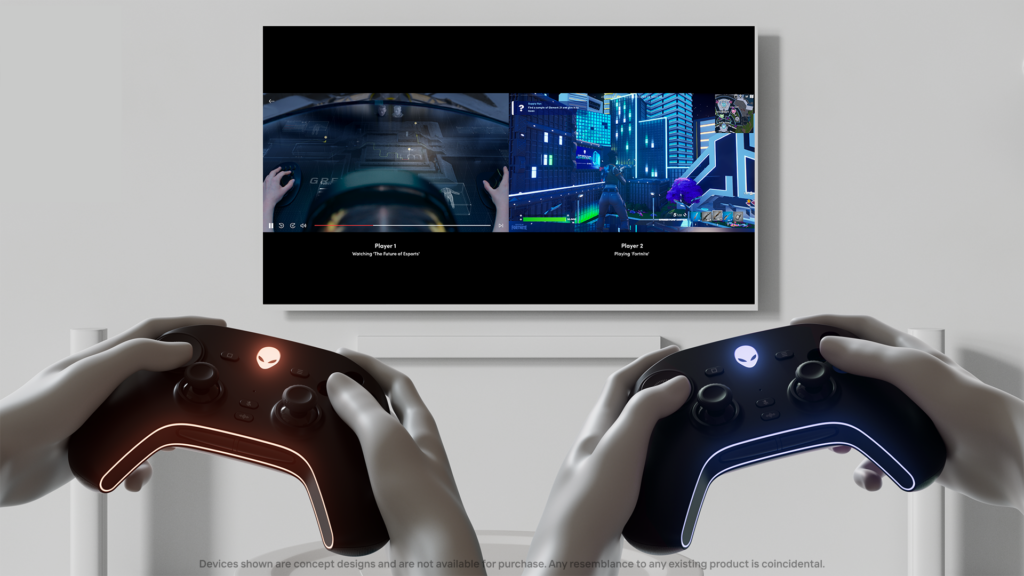 Dell is experimenting with haptics and self-adjusting variable resistance thumb sticks for immersive gaming that can be adjusted to a player’s preferences or the particular game they are playing. This idea also incorporates essential PC gaming features, such as shift buttons to enable more front button options, innovative scroll wheels for simple weapon cycling and navigation, and an intelligent touchpad for instant access to customizable controls. These features would make it simpler to stay in the game and avoid the settings menu.

Additionally, the Concept Nyx dashboard has been enhanced and simplified so that users can rapidly access games and discover what games their friends are playing. Dell is experimenting with new shared experiences that may strengthen bonds between families and friends to provide individuals the freedom to game with and around other people in the same room.

Lenovo puts their focus on the hybrid environment

The ultra-bright ThinkVision P27pz-30 and P32pz-30 mini-LED displays are the first in the new line of ThinkVision monitors. ThinkVision’s newest T-series VOIP monitors were designed for hybrid work and have an integrated Microsoft Teams functionality, 5MP cameras, twin microphones, and speakers. 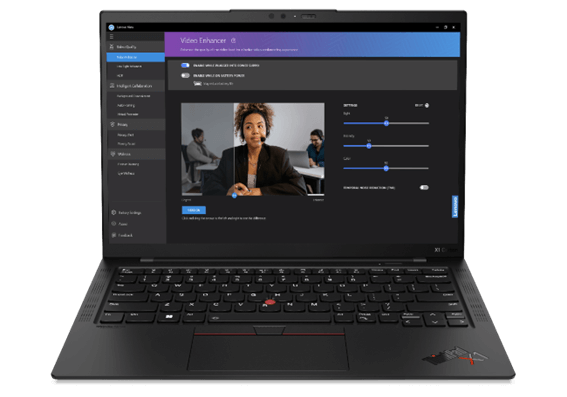 The Lenovo View application offers a top-notch collection of intelligent camera-based features that are meant to help users use the potential of the built-in camera to improve video call quality, security, and digital health. The new version adds new features and significantly boosts the current ones’ IQ:

By applying these collaboration and video enhancement settings directly to the primary Unified Communications applications, users can easily configure anything and switch between video conferencing applications.

NVIDIA believes people should be a part of a simulation.

NVIDIA announced significant upgrades to Isaac Sim, its robotics simulation tool, to build and test virtual robots in realistic settings under various operating situations. Isaac Sim is now accessible through the cloud and was developed using NVIDIA Omniverse, a platform for developing and managing metaverse applications.

Since humans are increasingly working side by side with collaborative robots (cobots) or autonomous mobile robots (AMRs), it is essential that people and their common behaviors be included in simulations.

With Isaac Sim’s new “people simulation” feature, human characters may be added to a warehouse or production line and given the responsibility of carrying out common actions like stacking goods or pushing carts. Many of the most common behaviors are already supported; thus, simulating them only requires issuing a command. 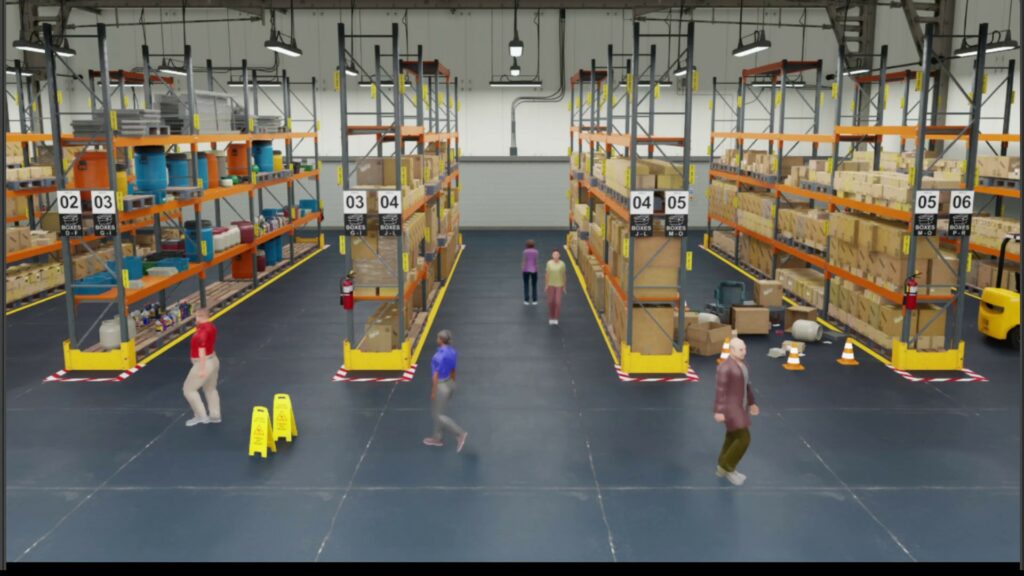 Isaac Sim also provides lots of new 3D assets that are simulation-ready and essential for creating realistic virtual worlds. Everything from warehouse components to well-known robots is ready for developers and users to begin building immediately.